Remembering Al LoCasale of the Raiders 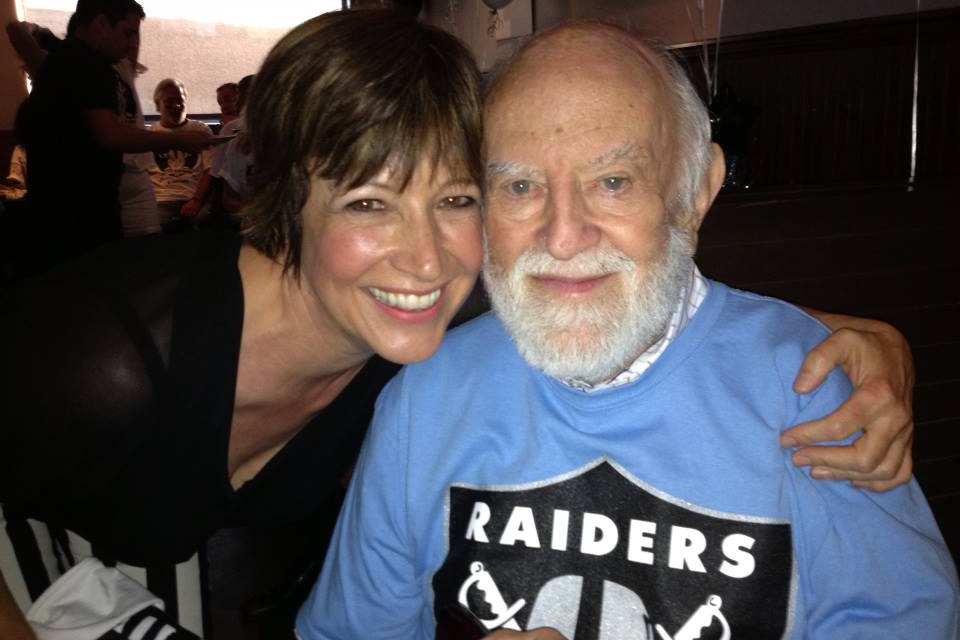 Remembering Al LoCasale; the man behind the Raiderettes

It was three in the morning when I heard my number announced…I can still remember how I felt, it was such a surreal moment, a dream come true, I just joined “Football’s Most Fabulous Females!” I was an Oakland Raiderette! Only eleven rookies became NFL Cheerleaders for the Oakland Raiders that year and I was one of them and I have Al LoCasale to thank for believing in me at just nineteen.

His recent passing made me reflect on this man who was loved by so many Raiderettes. I feel blessed I celebrated his 80th birthday just two years ago. He was a big influence in my life; his heart always kind.

Al LoCasale’s yes you are now a Raiderette made me remember Marlo Thomas’s book, “The Right Words at the Right Time,” a collection of personal revelations from more than 100 remarkable men and women who share a moment when words changed their lives. Being a word girl, I loved this book, especially the story behind Paul McCartney’s hit song, Let it Be. In short, when Paul was having a difficult time during his career, his mother came to him in a dream, twelve years after she had passed, her face as clear as day and very gently, very reassuringly told her son, “Let it be.” Well, the rest is history. When Paul woke up, he took his mother’s advice and put her words into what has become not only a classic song with a reassuring message but also became the title of the Beatles album. Little did I know, Mother Mary was his mother’s name…When you find yourself in times of trouble, Mother Mary comes to me…speaking words of wisdom… let it be, let it be.

Words spoken, as painful as they have been at times, have led me into new territories; as have words of wisdom which have led me to LISTEN more intently to that small voice I call God.

Al’s yes to wearing silver and black changed my world as I knew it, leading me to the next phase of my life opening the door to a field of opportunities. I can confidently and humbly say cheering on the sidelines opened the door to acting in the limelight. I started doing promotions for the Raiders which led to being cast, with a handful of other Raiderettes, in the film Petaluma Pride, a wrist wrestling movie, yes I was a wrist wrestler cheerleader! (Say that three times!) The producer then asked if I wanted to be a dancer in a new film called, Cotton Club. I remember thinking back then, “Acting is easy!” Well, that has not always been the case, as many of you can concur. However, my eyes were opened to the film industry and I became fascinated, even though as a kid I believed I was going to be a kindergarten teacher. It was my friends that encouraged me over the years to model or dance because I had such long legs! Well, here I was dancing and modeling followed, from print ads to San Francisco’s Union Square’s swimsuit show, where real birds were placed on my shoulder as I walked the runway in a bikini! Oh my! I continued on this journey making a lucrative career in TV commercials.

Ironically, I feel I have come full circle as if everything was preparing me to be that kindergarten teacher, so to speak, as I look forward to teaching women from my perspective, through the findings in my book, Why the same man kept showing up at my door wearing a different mask!?

It amazes me when I look back and connect the dots that got me from there to here. When I was interviewing to become a flight attendant I was asked what job I valued the most and without question said, “Cheering for The Raiders.” It was the foundation to becoming whom I am today. It taught me the importance of teamwork, being on time, and the mere fact that The Raider organization had that much faith in me, gave me faith to do my best for them.

I will be forever grateful to Al LoCasale for giving me this once-in-a-lifetime opportunity and making me part of NFL history as a Raiderette Cheerleader. He is a remarkable man that said the right words at the right time.

As all those he touched and loved say goodbye on Oct. 10th, I will hold dear my silver pompons and cheer him on to the next phase of his life.

“I have a passion for travel, unique spas, the outdoors, being surrounded by family and friends, and a love for wine. My dream is to have a cottage in the vineyards where I can write… and share… with that someone special.”