A Quick Coffee With… Fern Madden 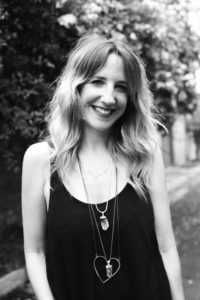 Born in the United Kingdom Fern began her career in Hair and Makeup at London’s Westminster College before relocating to Australia in 2003. With a career spanning over 15 years in the Fashion, Beauty, Advertising, Film, Theatre and Music industries, Fern’s body of work encompasses numerous Editorial publications, Advertising campaigns, film, TVCs and Music videos together with key roles as Hair and Makeup Consultant and Designer to various Theatre and Stage productions – her resume boasting an impressive client base across the board.

Who would you like to have coffee with and why? 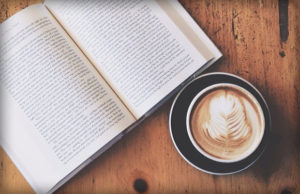 Well, Stevie Nicks obviously BECAUSE she is Stevie Nicks! I don’t know a single person who doesn’t love her music (and ‘also’ because she forever my hair guru!!!)

SJP because she is pretty much my all time fave style guru! (What did we gals EVER do without her?!!) Oh ‘and’ because we ‘seem’ to be mistaken for each other all the time haha (I kid you not!! Even the Coles checkout chick thinks so!!) We are ‘obviously supposed to be besties!!

And the ‘amazing’ Eileen Kramer… because I had the pleasure of making her up a little while ago on a shoot, ‘still’ dancing and looking stunning and simply beautiful at ‘100 years young’!! I feel like a cuppa and a gossip session about the true life of the magnificent Eileen would consist of many a heartwarming wise word!

What has been your biggest WOW moment?

I would say probably a combination of doing Simon Le Bon and Duran Duran’s HMU a few years back (and chatting to Simon about his wife ‘Yazzy’ (aka THE great Yasmin Le Bon) ‘vast closet collection and favourite shoes and handbags’ while he proceeded to mix up his favourite pale purple eyeshadow shade from my palette to apply to his lash line!) To working with Linda Kozlowski (my total childhood girl crush! Crocodile dundee stylez) last year and gossiping about life AND boys!! hahaha I meet so many people all the time but I ‘think’ the itty bitty little mini me did a wee lil cartwheel for these two.

One word to describe you.

Best advice you’ve been given?

Probably… “Don’t compare – be yourself because everyone else is taken!” I always really ring true to that one! We are all so different in our ‘being’ with different paths and hence different avenues will take us to where we are meant to be. So although its a killer just ”trust in the process”.What are you working on at the moment?

My job is always the same in that – I seldom know one week or month to the next! For instance the last two weeks have been a crazy whirlwind! They have consisted of music videos in the bush, an album cover shoot for The Voice, a Disney Kids commercial (with the cutest kids AND dogs IN the world!), a corporate bank gig, a celebrity editorial shoot, lecturing hair and makeup to acting students and a “beautiful’ 1930’s themed event show! (haha – I will tell you I have nothing for a week, and suddenly I’m up a hill in mudgee at 6am in 5 degrees amongst the cow pat!)How can we connect with you on social media?

I see a unique beauty in every single face, and love nothing more than to accentuate and perfect each individuals ‘natural inner glow’.