5 Questions in 5 Minutes with “The Real Siri” 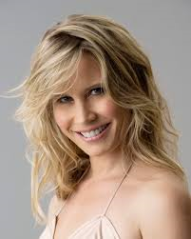 I first met Karen Jacobsen in 2007 when we were both living in the same building in NYC. I had just moved to New York from Sydney and was determined to find my way in the Big Apple. Much like Karen 7 years prior, I arrived with a suitcase and a dream, barely legal to drink in the USA, yet possessing an air of maturity beyond my years. I knew where I needed to be, but had no idea how to get there.

Karen, with her big smile and incredible ingenuity, became not only my neighbour, but a mentor. She had an innate ability to simplify with immense clarity the most complicated situations. For Karen, obstacles have always been opportunities. If anyone could navigate their way from Mackay, a remote city in far North Queensland, Australia to NYC, it would be Karen Jacobsen.

It comes as no surprise to me that these days she is known as “The GPS Girl,” the voice in over 100 million GPS devices, giving drivers directions worldwide as “Australian Karen.” You can now even travel the world with The GPS Girl with her regular Podcasts on www.thegpsgirl.com.

A recent TEDx Speaker, she has appeared on ABC’s World News Tonight, CBS’s Early Show, in The New York Times, NY Daily News, Glamour, BRW Australia, Fox 5 News, and was named one of People Magazine’s “Most Intriguing People” in 2010.

She is also that unique voice on your iPhone and iPad otherwise known as “Siri.”

On July 4th, 2000 you relocated to NYC. As an Australian girl from Mackay, what was the driving force behind your move to a city 17,000 miles away?

From a very young age I knew I wanted to become a professional singer and move to America. In fact, it was Olivia Newton-John who inspired me on both counts. I always thought I would move to L.A., but when the time came New York practically drew me here. It’s hard to explain any other way than knowing this was where I was supposed to be.

You have your own independent label, Kurly Queen, and have shared the stage with performers such as Cyndi Lauper and Norah Jones. What are some of your highlights as an independent artist?

Even though I was singing on stage from the age of 5, there was so much fear for me around recording my first fully produced full length record. Writing, recording, and co-producing that record “Here in My Heart” was a major accomplishment for me personally and musically. I’ve really had so many highlights; singing the national anthem in huge stadiums to tens of thousands of people, and more recently opening for Neil Sedaka in concert in Connecticut. Meeting my childhood idol Olivia Newton-John is an absolute highlight.

Your career went international in 2002 when your voice was chosen as one of the Australian-English options used in GPS devices and later as the voice of the “Australian Siri.” How did this impact the direction of your career as an artist?

I started to receive a lot of attention in daily life for my voice being in so many GPS units. People would come up to me and share stories with me about the wonderful trips “we had taken together.” The familiarity with which they would relate to me was surprising and really lovely and I knew there was something more to it. There was a brand to be created. I registered The GPS Girl® and created a brand, making the connection between directions in the car and directions for life. I now travel for professional speaking engagements, sing in my presentations, write books, and consult. It opened my view of the impact I could have and I realized I had a message to share through my speaking voice as well as my music.

You are an advocate for Children’s International and in 2006 you travelled to Zambia to meet your sponsored child and have since launched the group “To Zambia with Love.” What inspired this journey?

My husband and I were taking a leadership training where we were asked to create a project making a difference in the world. My choice was to sponsor a little girl in Africa. Immediately after sponsoring her I knew I needed to visit Zambia and meet her. I started to encourage everyone I knew to sponsor a child and the goal was 100 children in 100 days. We reached 67 children sponsored, then members of our group travelled to Zambia and did work in the community centre where I performed a concert for 250 local family members. We now sponsor two girls in Zambia, Catherine and Edina, who we met on that trip, and Zahir, a little boy in India.

Last but not least, as The GPS Girl, what advice can you give to a woman who might be recalculating her life?

Oh boy, that’s a big question. As a woman who has constantly recalculated, I would say I have learned not to be quite so hard on myself. It’s something I work on constantly. Life is all in context and I can think of it as hard or I can reframe it or recalculate my thinking and choose to see it as a grand adventure. The biggest roadblock in my life, and I would suspect in many others, is negative thinking. Over time this is absolutely able to be shifted, with small consistent daily actions. Paying attention to the times we are happiest and creating more of those experiences sounds simplistic, but it is a key to working out what we love to do and doing more of it. It is never too late to recalculate.

In March 2015 she launched her own company, Suspicious Woman Productions with the opening of John Patrick Shanleys “The Big Funk” in Sydney. Alixandra is also an accomplished Jazz and Cabaret Singer having performed in Sydney, Melbourne and NYC and is currently in production for her third one woman show “At Last” in Sydney, for one night only 28 November being produced by Suspicious Woman Productions.