“What is a teacher? I’ll tell you: it isn’t someone who teaches something, but someone who inspires the student to give of her best in order to discover what she already knows.” 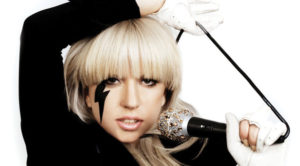 Artists are beautiful creatures. Forever inspired by each other. The great ones build each other up exposing their souls to a world, which with all its inherent beauty can often be a cruel and dismissive place. It is easy to lose one’s way in life in any vocation when adversity rears its ugly head. Yet, adversity to an artist can occur daily and consists of rejection, long hours, solitude, financial struggles, and unfulfilled dreams. Sacrifice is a way of life for the dedicated artist who too often, with the bills piling up, moves on to greener pastures (dollars), depriving society of the gifts they were born to share.

It is at these times when the wise artist will turn to a friend, a teacher, a mentor to inspire and remind them what it is they were put on this earth to do.

For over 30 years Bob Leone has been this person for the American music industry. Leone spent almost 20 years as Director of the American Songwriters Hall of Fame, launching and mentoring the careers of many artists, including Lady Gaga and Lana Del Rey.

He himself has overcome great adversity, including financial struggles, relationship breakdowns, career set backs, and a cancer battle. Nevertheless, his eternal endurance and love for music continue to inspire people around the world.

Bob, who has recently launched ‘Bob Leone Artist Management,’ is enormously loved around the world for his contribution to music. However, to me he is first and foremost a friend, one who guides me through heartaches and career challenges, shares with me his love for music, and what it was like growing up as an Italian kid in Brooklyn in the 50s and 60s.

As Director of the American Songwriters Hall of Fame you evidently have enormous skill at identifying great talent. Who was your greatest discovery whilst in this prestigious position? 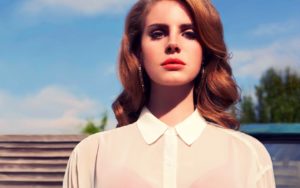 Thank you, Alix! There were two major artists I am credited with discovering while I worked at the Songwriters Hall of Fame (SHOF). One is Lady GaGa. When Stefani Germanotta (GaGa’s birth name) was 14, she attended one of my open mics with her mother, Cynthia. I was absolutely blown away by her performance and I let her know that. Thus began a mentorship that led to her asking me in March 2006 to be her first manager. The other artist, and the one who is dearest to my heart, is Lana Del Rey (nee Lizzy Grant), an artist as gifted as any I’ve ever heard and whose fans are the greatest in the world. Rarely does a day go by when I do not hear from one of them sweetly expressing gratitude for my role in bringing this uniquely brilliant artist into their lives. I will be forever grateful to Lana for bringing me and my amazing girlfriend together in this way. I met Lana in January 2006 when she introduced herself to me at The Bitter End in New York City. We immediately became very close friends and I was her confidante, as she referred to me in her recent Rolling Stone magazine interview, for several years. Both GaGa and Lana participated in songwriting workshops at SHOF and both were featured in artist showcases I produced and hosted for the organization between 1990 and 2006, although they never met. If your readers would like to know more about my professional experiences with GaGa and Lana, I highly recommend two articles written by Mathieu Deflem, a professor of sociology at the University of South Carolina.

Brooklyn in the 50s and 60s was not the hipster borough it is today. What was it like for you and how did it influence your career?

You’re certainly right about that, Alix. The Brooklyn of my childhood was nothing like the Brooklyn of today. It was a very dangerous neighborhood that was home to rampant heroin addiction and several street gangs. But I look back very fondly on those years of my life. I had many wonderful friends, including music legend Jimmy Iovine, who co-managed and co-produced the RCA Records rock band, Flame, for which I played keyboards and wrote songs in the late ’70s. I’ve come full circle with Brooklyn. I recently moved back to my old neighborhood, now called Carroll Gardens, to care for my elderly mom. It is now one of the most beautiful and desirable neighborhoods, not only in Brooklyn, but in all of New York City, and I’m very happy to be back.

You have witnessed many people become famous. Does fame change people?

No, I don’t believe anyone fundamentally changes just because they’ve become famous. What I’ve noticed does happen is that a person’s best and worst personality traits become more pronounced. As with all life experiences, it’s not fame per se, but rather how one chooses to deal with the dizzying upsides and downsides of fame, that is most significant with respect to how a person’s life is altered for better or worse.

Like most artists, you have had to overcome many challenges professionally and personally. What has been your greatest challenge to date and what motivated you to persevere?

Without question, one of the most difficult decisions I’ve made in my life, and certainly the most difficult professional decision, was to resign my position as the National Projects Director for the Songwriters Hall of Fame after 18 years of service. It was a dream job for me in every sense, except one. Although it was an ideal vantage point for me to discover future superstars, I could not manage artists while I was employed there. That is, in and of itself, a full-time job. My greatest dream has long been, not only to find artists like GaGa and Lana whose music and lyrics have positively transformed the lives of millions of people all over the world, but also to bring extraordinarily gifted artists to the attention of the world after cultivating, nurturing, and developing their rare talents to their highest levels.

What’s next for Bob Leone? Any new talent we should look out for?

In 2013, I signed two artists — Daiana Segovia and Roberta Simonen — to my newly-launched management company. Of the hundreds of singer/songwriters who have approached me over the past few years, these are the two who I know with absolute certainty have the greatest potential to become international superstars on the level of GaGa and Lana. Both Daiana and Roberta have been working intensively with the best artist development strategist in the industry, Lynn Verlayne, who is also a dear friend and an amazing songwriter as well. Roberta recorded a song she co-wrote with Susan Cagle, an excellent writer who works for Lynn and who served as co-producer on this project. She also recorded a “demo,” the purpose of which is to obtain investment funding to be utilized to further her music career. This song, with the proper production and promotion, will be a huge hit. My other artist, Daiana, has been co-writing with Lynn, as well as some of the best songwriters and musicians in her native Argentina. I look forward to the coming years with great optimism! 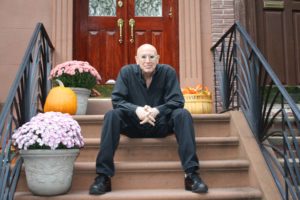 In March 2015 she launched her own company, Suspicious Woman Productions with the opening of John Patrick Shanleys “The Big Funk” in Sydney. Alixandra is also an accomplished Jazz and Cabaret Singer having performed in Sydney, Melbourne and NYC and is currently in production for her third one woman show “At Last” in Sydney, for one night only 28 November being produced by Suspicious Woman Productions.