Voiceover Is Not About Your Voice Pt 2. 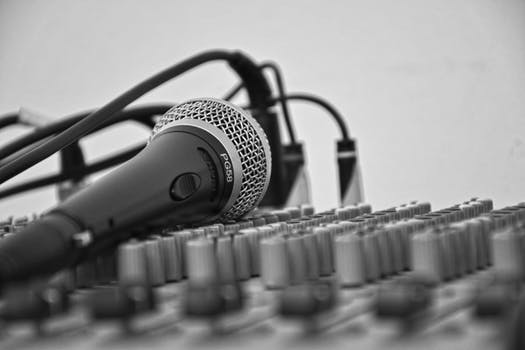 THE HEART OF THE VO BIZ.

The bulk of the voiceover business is not cartoons or video games, it’s commercial.  If you want to make a living exclusively with “funny voices” you’re choosing to travel a very difficult road.

DO I NEED A DEMO?

Different people have different answers to this question.  The one thing that everyone agrees on though, is that you shouldn’t put a demo together until you’re ready.  And it must be great!  Be prepared to spend some money.  A good demo can cost between $1,100.00-$1,800.00.  DO NOT PUT IT TOGETHER YOURSELF.  Demos are taken at face value and quality matters.  You wouldn’t use a selfie as your headshot, don’t do it with your demo.

Having a demo is certainly not a bad thing.  And if you’ve already booked some jobs it’s silly to not have one.  But it’s not a magical key that opens voiceover doors.  Plenty of people move forward in the VO biz without one.   And before you spend a nickel (or thirty thousand nickels more likely) you should know the wants and needs of those that will be listening.

Agents, producers and casting directors listen for different things in a demo.  Agents use it primarily as a marketing tool or sometimes for fast-turnaround castings that request demo submissions instead of script recordings.  Casting Directors (if they listen at all) use it to get a sense of whether you’re right for what we’re casting right now, it’s not about your range necessarily.  We (CDs get hundreds of them and it’s impossible to remember everything that everyone does from just a demo.  Producers listen with a specific project in mind.  Cold submitting a demo can be a bit of a craps shoot.  It’s better to hedge your bets by taking a class or a meet and greet with the person you’re planning on sending your demo to.  Demos aren’t directable and they don’t come with a real human connection.  It won’t tell us who you really are in the broader context that a face to face meeting will.  It’s better as a follow up than an introduction.

WHAT SHOULD A DEMO INCLUDE?

A demo should be 60-90 seconds at most (audiobook and narration demos can be up to 2 minutes, but no more).  If you’re only doing one, start with commercial.  You should have four or five commercials edited down (you only need a small part of each) and mixed BY A PROFESSIONAL.  Please do not mix genres.  A demo with some commercial, and some animation, and some promo, etc, is confusing and distracting.  One demo, one genre.  We want a meal, not a tasting menu.

DO I NEED A HOME STUDIO?  CAN’T I JUST RECORD ON MY PHONE?

Phone microphones have grown a lot in recent years.  But they still don’t sound like a decent microphone.  Recording a great voiceover audition on a mobile phone mic is like being served a beautiful meal on a dirty plate.  If it’s not the best ever, no comparison, Gordon-Ramsey-would-collapse-in-a-pool-of-grateful-tears meal, you probably won’t appreciate it, if you even eat it at all.  And a terrific read recorded on a poor quality mic that also allows in echo and background noise will tend not to book a job over an equally or nearly as good read that sounds professional.  I know that some people new to the biz are told that it’s okay to just do it on a phone, but as the person on the receiving end of the submissions I can say that quality matters.  We often have to pair down the number submitted before passing the reads on and if you don’t sound good, we don’t sound good.  Unless the deadline is super-tight and you have no option, make it sound as good as you can.

The upside, and reason there’s no excuse to do otherwise, is that a good home studio can be built around your existing computer for under $100.00.  All you need is a good USB microphone (a Snowball by a company called Blue or a Meteor by Samson can be found on Amazon for $45-$70), a recording program (I recommend a free program called Audacity, but Garage Band or any audio program that you’re comfortable with will work), over-the ear headphones NOT EARBUDS, and a quiet space.  You can even find some great deals on acoustic foam with a quick search on Amazon.

HOW DO I BREAK IN?

You don’t have to “break in.”  No one is trying to keep you out.  As I’ve said in other articles, It’s not who you know in this business, it’s who knows you.”  Even if you have an agent pushing you already, it doesn’t hurt to make it easier for them.  Make yourself more than just a name on a submission list.  The audition space is probably the most intimate (in the most appropriate way) environment that you can be in with an industry professional.  It’s an intense connection where two people are in each other’s heads for a time working on a common goal.  A lot can be learned about you that goes way beyond the script that you’re reading.  The closest simulation to that is the classroom.  It’s where someone can learn how to use what you do.  Stay in touch and market yourself.

Want to take a Voiceover class with Andy Roth?  Check out www.voiceoverclass.com for places, dates and times!

Andy Roth’s career as a freelance casting director has spanned more than two decades.  He works for many of the biggest advertising agencies, casting houses and production companies in the world.  As a writer and producer, his most recent animated projects “Enchanted Thyme,” and “The Peculiar Adventures of Willow B. Star,” gained him 2016 & 2017 Telly Awards.  His other films have been distributed globally and screened nationally.  His handiwork can be seen on just about any network, cable channel, video game system and all over the Internet.
Follow @shineynoggin //