Voiceover Is Not About Your Voice Pt 1. 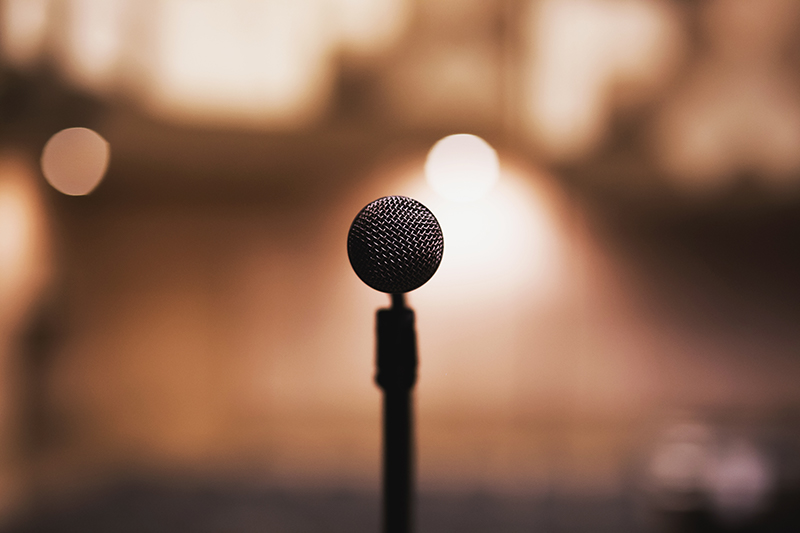 “Everyone says I have a great voice and I should do voiceovers.” The all too common phrase that sends a cold shiver down the spine of anyone even remotely related to the world of voiceover casting.  And seeing as voiceovers make up the lion’s share of my casting business, I spend a lot of time shivering.  Someone hears what I do for a living, tells me that they have a good voice and the responses start buzzing wildly through my head like a hive of agitated bees.  Do I smile, nod, and let it go?  Or do I go into a lengthy explanation of what voiceover really is; a misunderstood, multi-faceted branch of the entertainment business that goes so far beyond something as genetically arbitrary as a voice quality.

It’s not their fault of course.  No one knows what they haven’t been told, and this is a subject that tends not to come up in most every-day environments.  Even most acting schools spend very little time on the subject of voiceover, much less the fact that the world of VO includes mediums as diverse as commercials, audiobooks, cartoons, video games, radio, phone message and prompt recordings (yes, it’s really a job), toy and electronic product voices (also, really a job), promos, narrations, sound-alikes, dubbing and much more.  And that each variation on the theme comes with its own demands and skill set.

Maybe you do have a “great voice” and your friends are right.  But when they said that it was in the context of a conversation that brought with it a whole personality, sense of humor, authority, basically a full human entity.  The voice quality was just a genetic filter.

“In A World …” The phrase that Hal Douglas made famous is no longer heard echoing through the theater before the movie that you came to see.  But it remains so iconic that to many people it still defines what voiceover is.  Many a deep-voiced man has tried to embark on a career believing that if they sound like a movie trailer they can make a killing in the voice industry.   The truth is that the needs of the industry have changed a lot since the days of the great announcers.  Don’t get me wrong, the booming announcer is still a niche market, but for that past decade and a half at least, the more “conversational” reads and “real” voices have been the most in demand.  That’s not to say that deep voices or unusual voices can’t make their way to a good living in this business.  It just means that these folks will have to get past their voices to let their personalities come through.  Man/Woman cannot live on voice alone.

WE DON’T NEED WHAT WE ALREADY HAVE

One of the biggest obstacles that I see performers new to the VO industry place in their way, is that they try to sound like the commercial, narration, character, etc. that they’ve heard on the air.  I get it, those people are working, so we should sound like them right?  Actually, that’s a horrible idea.

First of all, those people are already working and available.  We don’t need another one of them.  And the reason they’re working is because they aren’t trying to copy anyone else.  What makes them unique is their ability to be themselves fully and completely despite their voice (which changes over the years anyway).

Secondly, a commercial, cartoon, etc. is a finished, fully produced product.  It has gone well beyond what any single voice actor has provided.  You’ll never sound like that because even the actor didn’t sound like that.  It has been directed, re-directed, edited, mixed and pitch corrected over a period of hours or days.  Music, sound effects, voice effects and even other voices can change the whole feeling of a recording by the time we as the audience hear it.  Your job as an actor, voice or otherwise is simply to provide the human element.

The thing that makes a successful voice actor’s reads so special isn’t the words that absolutely anyone could say, or a sound that hundreds or thousands of other people have, it’s the uniqueness of the people that said them and the personalities that come with it in that crafted context.  And that’s what voice over is really about, personality over voice.

Want to take a Voiceover class with Andy Roth?  Check out www.voiceoverclass.com for places, dates and times!

Andy Roth’s career as a freelance casting director has spanned more than two decades.  He works for many of the biggest advertising agencies, casting houses and production companies in the world.  As a writer and producer, his most recent animated projects “Enchanted Thyme,” and “The Peculiar Adventures of Willow B. Star,” gained him 2016 & 2017 Telly Awards.  His other films have been distributed globally and screened nationally.  His handiwork can be seen on just about any network, cable channel, video game system and all over the Internet.
Follow @shineynoggin //