Theatre Review: Thom Pain (Based on Nothing) 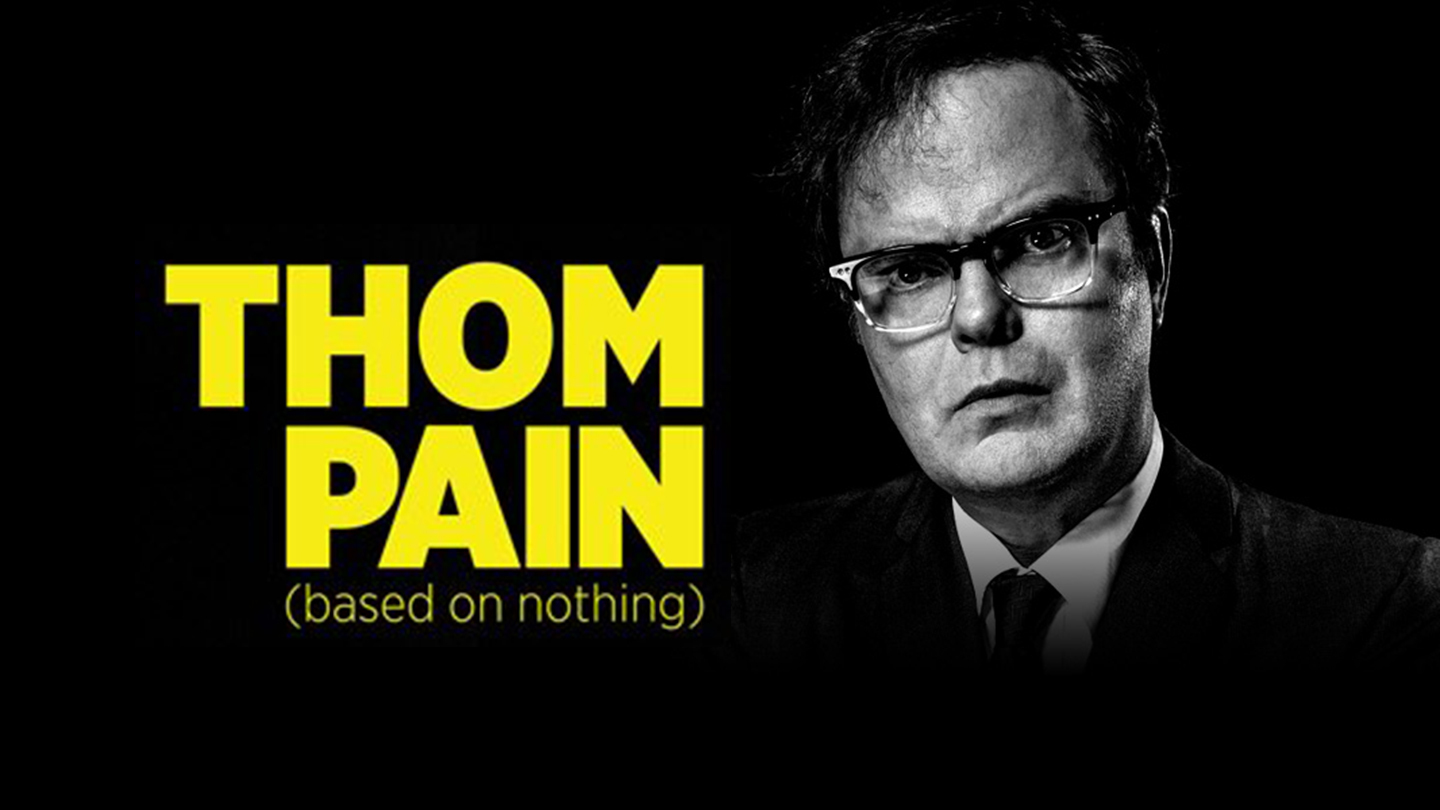 Thom Pain (Based on Nothing), currently on stage at the Geffen Theatre, is throwing some folks for a loop.  I’m not sure why . . . or maybe I am.  Let’s start with a little history.  This one-man show is from the mind of Will Eno. Ten years ago it was a finalist for the Pulitzer Prize for Drama. TP(BON) started out at the Edinburgh Fringe Festival in ’04, where it received an award, moving on to the Soho Theatre in London, and to an Off Broadway showing in NY the following year. Not too shabby. Frankly, I’d never heard of it. It’s a long awaited LA premiere, directed by OBIE Award Winner, Oliver Butler. For all I knew, it could have been the world premiere. What a nice surprise.

The Geffen has set up Rainn Wilson, the play’s star, in their Audrey Skirball Kenis Theatre. What does this mean for the production? Well, usually you can count on a show that is a little edgier, controversial, maybe disturbing . . . basically, a little less pleasing to absolutely everyone and more for the hardcore theatre lover.  These are my thoughts, not the Geffen’s.

Let’s take the title, “Thom Pain (Based on Nothing).”  It’s usually something to consider before buying a ticket. I’ll set the stage as of the start of the show: complete darkness with Thom Pain (Rainn Wilson) saying, “How wonderful to see you all.” Hilarious. Probably what everyone was hoping for, Rainn Wilson being funny. And he is . . . sometimes, and sparingly. Other times he’s a man dressed in a plain suit, on a next-to-bare stage, rambling about a child, maybe him, and something about a puddle and a dog. There’s talk of a woman, there’s talk of some bees. Sometimes in search of meaning, “The truth? I don’t care either way. That’s not true. I do care, either way.” So maybe sometimes not? Hard to tell. It changes. Sometimes he’s dark and poignant. Sometimes random. No story here . . . what the heck? The title tells the truth. You really can’t say you didn’t know, even without my help.

I’ll just spoil the secret that’s already been put out there, which I was NOT privvy to before the show because I enjoy knowing as little as possible, whenever possible: this is absurdist theatre. BOOM. This is modern day Samuel Beckett. And the most fascinating part of this show is the audience response to the absurd. I feel like I now have an idea of what it was like being in the original audience for Waiting for Godot. People left in the middle (or beginning! first 10 minutes!) of the show. People giggled inappropriately. They were restless. They checked their phones. They whispered loudly to each other, “I’m waiting for something to happen.” It was truly outrageous and oh so interesting.

Theatre people . . . whatever it takes, whatever the cost, however you do it, get in a seat and behold the magnificent experience. Rainn Wilson is brilliant (really, brilliant!) and so is the audience.

Who wouldn’t want to get to know Thom Pain: “just like you, except worse. He is trying to save his life, to save your life — in that order. In his quest for salvation, he’ll stop at nothing, be distracted by nothing, except maybe a piece of lint, or the woman in the second row.”