“Performance is a cultural communication.” 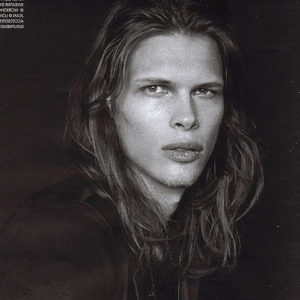 This month, we speak with Now Actors’ East Coast Manager, Dan Zizys. Once a top international model and now an actor’s agent and agency manager, Dan candidly shares his industry tips, experiences, and insights, to give a rare and remarkable glimpse into the agent’s world.

THEATRE ANGEL: Dan, what led you to become an agent and how did you become involved with Now Actors?

DAN ZIZYS: I became an agent primarily because I’m a nerd. I love the intricacies of media and its interface with the public. I love that a business and a talent’s career can be traced through their paperwork, contracts, and communications, that pathways and career trajectories can be manifested through an individual’s skills and abilities, but also charted and forecast by their representative materials’ conditions and their dossier of contractual and accounting arrangements. There are plenty of types of agents out there. This industry does attract a particular personality type, the “Sales Person.” I find these agents don’t last long. The steady hand, who is critical and pragmatic, tends to outlast the sales-oriented agent.

TA: You had a hugely successful and varied career as top fashion model for Prada, Jean Paul Gaultier (among countless other international campaigns), and were an Australian fashion superstar in your own right. How has this affected your view of the acting industry?

DZ: Having been a talent myself once, I found I didn’t like it. I enjoyed the creativity, however, ultimately found it unfulfilling and shallow. My agent at the time gave me a job booking talent and I booked talents for that agent for 7 years. I then moved to Now Actors as their new Melbourne Manager, expanded the roster, and expanded into Sydney. At that time, representing actors was new to me; what a wonderful surprise! I had tertiary educated, intellectually mature, independently-minded artists to work with. No more hand held, cotton-wool wrapped, naive, and immature kids. I was able to create a comprehensive filing system and database of everything about each individual actor who existed on the roster when I arrived, and those who came on board as part of the expansion. I was a pig in muck!

TA: How important is theatre training or stage experience for you as an agent?

DZ: Extremely important! As an agent I have no way of knowing an actors range unless I see them perform on-screen and live. Showreels tell me one thing, but seeing an actor perform on stage tells me so much more. A live interaction is compelling; I can discern the actor’s abilities without having to view them through the filter of a produced screen scene. Production values can vary in scenes filmed for a showreel; sometimes they intrude on the performer, sometimes they distract the viewer. In live performance, an agent can gauge a multitude of different subtleties from the actor—for example, when a prop fails or a fellow cast member messes or misses their lines and decides to ad-lib, how do the other actors react? Often with screen, these sorts of organic occurrences are edited out and we never see them (although when we do it’s a lot of fun). With theatre, you see the actor’s full interpretation of the material and the environment, including the sensory perception the actor receives from a live audience. How the actor either works with it or works over the top of it (or if they block it out altogether) can change from one performance to the next. It’s fascinating and tells you a lot about an actor’s interpretation of humanity. Performance is a cultural communication. I want to know how the actors I represent interpret and act/react with the diversity of human characteristics and conditions. I want to see the subtleties in the way they convey information.

TA: What are some of the common mistakes actors make when approaching you for representation?

DZ: Many actors who have never had representation with an agent before expect the agent to take over every capacity of finding them work, marketing them, developing them, even teaching them (yes, there are some agents that offer lessons to their actors – for a fee of course!). In a way, these actors are either telling the agent that they do not have an existing industry network of fellow actors, filmmakers, and directors, etc., or they are telling you that they have no faith in their own existing network, or their own ability to network in order to progress their careers, and want to be given unfettered access to the agent’s network. This is not how it works.

Although an actor’s network and an agent’s network overlap, generally they exist for different purposes, only sometimes coming together for maximum effect. Think of wings; two wings work best, they are the same but different, and at a certain point in flight they are used to maximum effect for particular outcome. There are many possible desired outcomes, meaning many possible configurations of what these two wings can do together.

5 obvious mistakes an actor can make when approaching an agent:

TA: Now Actors is the acting arm of top model agency, Scene. How can (and do) the modelling and acting industries work together?

DZ: The main point of crossover between actors and models is commercial work. Television commercials are “commercial/capitalist communications” that can pay great money and that all talent types want to do in order to “cash in.” This is opposed to “cultural communications,” which many actors prefer to focus on and are predominantly in the theatre, mostly because actors are so poorly paid (if at all) for many of the theatre productions they choose to perform in. I tend to find there are two types of commercials: the aspirational and the accessible – the messaging is different in both. A model can be aspirational; they smile and look healthy, and that conveys a positive message that is thought of by the viewer as being attached to the brand. An actor is more accessible; they can deliver dialogue and emotional cues at the same time, allowing them to convey multiple messages to the audience. In doing so, they play to the reality that consumers have multiple motivations for choosing goods and services to purchase. The actor is more relatable because, as in real life, they are communicating with complexity. Actors are usually paid better than models in commercial work for this reason (or at least they deserve to be).

TA: Since coming on board with Now as the Melbourne and Sydney manager, you’ve successfully grown the company to become one of Australia’s leading boutique theatrical agencies. What is your vision for Now?

DZ: Now Actors is about options. It is a roster of intelligent, honest performers from a multitude of backgrounds, with many different aesthetic looks, character traits, and performance styles. An important part of my job is to provide casting directors, directors, and producers with valid choices. I have a strong distaste for a homogeneous roster. Now Actors is about having different types of people who make a cast interesting and dynamic.

TA: How do you use and work with Casting Networks? Do you cover theatre submissions or predominately screen?

DZ: Predominantly screen. Theatre work is largely cast through independent networks, the actor’s own networks, the director’s networks, the playwright’s networks, or the producer or theatre company’s own casting director(s). Most of the theatre briefs we receive at the agency are sent through personal communications, emails, and through the other major Australian casting engine, Showcast. I would think that a theatre brief would be a burgeoning area for Casting Networks. It would be great to see more theatre companies using Casting Networks to brief out roles in need of casting for their upcoming shows! I’m sure it will happen.

TA: You’re incredibly well-versed across the industry. How often do you go to see theatre?

DZ: As often as I can, to see my actors play. I don’t like going on my own, although many times it ends up that way. When my loving girlfriend moves here, which I’m happy to say will be soon, I’ll probably go more often.

TA: What are your 5 top tips for an actor approaching or wanting to build their theatrical career?

DZ: There are two dimensions to a good theatrical career, in the sense of medium. Theatre and screen. The term “theatrical” is often thought of as being directly associated with theatre work, and this is very accurate in terms of its historical usage. However, it is more generally used in our industry now to describe “dramatic performance” and can, therefore, be related to both stage and screen.

The simple answer is: 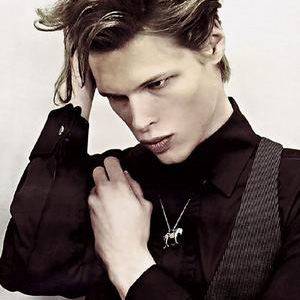