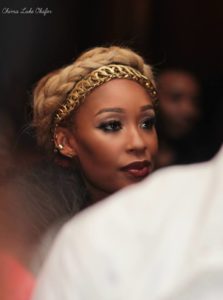 “Every day is new and unexpected. You walk in having blind faith, determination, and passion for a product you know you can deliver on, but at the same time trying to convince everyone else you can too!” – Adi Alfa

This month, British actress Adi Alfa brings us her 5 Top Tops to success— a journey which has seen her overcome personal hardships and limited opportunities to become a multi award-winning actress, listed as one of 2016’s Most Influential Creatives. This, however, is just the beginning for Adi, who has not only founded her own production company, BOSSS Media, this year, but continues to write and produce her own comedy, drama, and action work as well as star in two upcoming feature films (to be announced).

Her secret? Don’t doubt, do!

“What excites me as a writer and actress is the ability to create the world I choose, and the people and beings I desire. Creative freedom is such a wonderful thing!”

Theatre Angel: Adi, yours has been an inspirational journey. Can you tell us a bit about your story?

Adi Alfa: I grew up in foster care and it was hard a lot of the time, but it made for some great creative stories, which are now flourishing in my adult life. My journey has definitely inspired me to want to always do better and persevere no matter what. From a young age I was interested in and passionate about performing. I’m glad that what was always seen as just a hobby in my younger years has now become a career for me.

TA: How difficult have you found casting opportunities as a black British woman? How have you turned this around?

AA: As a black actress, I often see roles which I believe I would be perfect for, only to scroll past because they state “white actress.” I understand there are also roles specifying “black actress,” but believe me when I say the roles are slim to none! Much of the time, the very few roles that are available are stereotypical-drawn, such as angry, “tear-aways,” “street,” or are overly-sexualised. Baring in mind the fact that black women are rarely represented on TV in “colourless” roles, it stands to reason that my life as an actress is made significantly more difficult. By “colourless,” I mean when character is played by an actor/actress without their colour being necessary to the story. Though I do see this a lot, it is white actors who more often fill these roles. This is one of the main reasons I set up a production company, so I could create my own roles, characters, and stories— those not determined by colour or gender.

TA: Having worked in both LA and London, how and what differences, if any, have you found in the casting process and roles?

AA: Casting in both the US and the UK is similar in that you can get a big break just by meeting the right person and showing them what you’re made of. The US tend to “big up” their actors more so than us British who are more understated.

TA: Congratulations on the creation of your production company, Bosss Media. What was the process involved in setting up the company and some of its challenges?

AA: Thank you! We are still a new company, building our brand and trying to make it stand out from the crowd. The company consists of myself, Chris Peters (photographer, DOP, director), Eric Myers (photographer, DOP, editor, Director), and others who believe in us such as our PA, Annie Batten, and our in house presenter, Diane Persad. We constantly face many challenges, such as generating our own income! Every day is new and unexpected. You walk in having blind faith, determination, and passion for a product you know you can deliver on, but at the same time trying to convince everyone else you can too! However, we are getting there—and in a short space of time we have won two awards, a BEFFTA for Best Music video producers, and also a IAA for Best Video Producers. 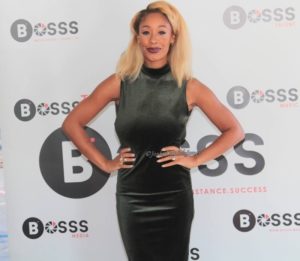 TA: You work across many creative mediums. What excites you as a writer and storyteller?

AA: I am indeed a creative being! I love telling stories with weird and crazy twists and turns. I love giving people a different outlook and also sharing my often-wild perspectives on life. My writing varies, I have written realistic stories of every-day life and struggles, and also quite abstract stories, cutting in and out of different lives. Then there are my comedy pieces, because I do love a good comedy. At the moment, I am writing a superhero series, which I know will be one of its kind. What excites me as a writer and actress is the ability to create the world I choose, and the people and beings I desire. Creative freedom is such a wonderful thing!

TA: What comes next in your story?

AA: The next step in my story is to keep looking ahead as I always do, create more of my own content, but this time aim to get funding from external sources. I hope to attend the American film market next year with several of Bosss media’s own productions!

TA: And lastly, what are your 5 top tips to creating your own success story?

Adi Alfa is a British actress and writer. Credits include US acting feature film Jackson Bolt, as well as Chrome 45 and British features 24 Hours Away and The Pugilist. Adi has been honoured with eight award nominations and two wins in the past two years, including being awarded Best Actress by the NAFCA (the “African Oscars”) for her portrayal of Sara in Ortega and His Enemies. In April, Adi was named as C.HUB magazines Top 100 most influential creatives of 2016, as well as receiving Best Female Star 2016 at this years BEFFTA awards. Adi is founder of BOSSS Media.