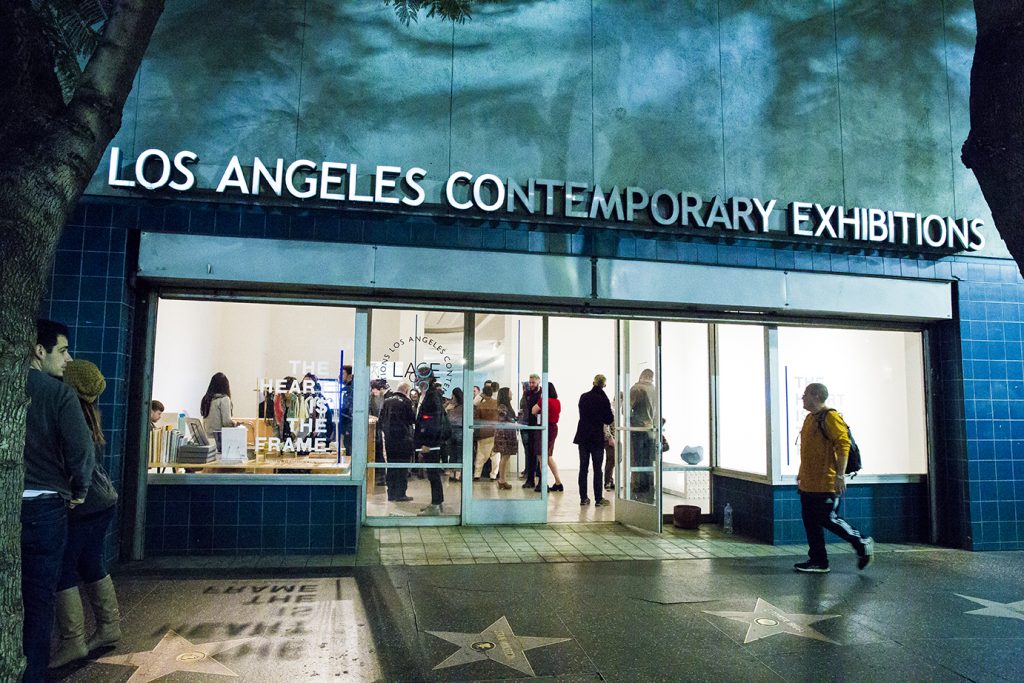 “For me, the role of the artist is to be a rebel.”

This month, it’s over to Los Angeles for an empowering workshop with Brian Estwick. If you’re at all artistically “stuck,” feeling overwhelmed by the current political climate, or finding that despite your best efforts, success continues to evade you, then read on.

With an M.A. in Art History, Brian offers empowering strategies to help artists and actors live according to the “First Principles of their Life and Work” to become a “vibrational colossi of energy and truth.”

Together with his LA based theatre collective, The DIAMOND Theatre Project, upcoming film Desert Eyes, cable series Midvale, and a two-woman play Pressure Cooker, as well as commercial acting work, Brian works across a rich variety of artistic mediums.

The DIAMOND Theatre Project unites Brian’s expanded network of theatre creatives from all over the world, working with classic and contemporary fiction, non-fiction, and poetry—from Charles Bukowski to the Marquis de Sade, Jim Morrison, Kathy Acker, Anais Nin, and Shakespeare’s sonnets. Staged in non-traditional spaces, Brian refers to the Project as a “Stardust Entity,” saying that he has “never had any interest in creating a theatrical edifice and administrative structure. I like that our group exists within the zone of the ether and united collective intention.”

By living according to his own “First Principles,” Brian has created a unique and vibrant opus of work. We are delighted to share his tips with the Casting Networks community, to help us all along the winding road of our journey as artists.

Theatre Angel: What led you to LA and on your personal journey thus far?

Brian Estwick: I was born and raised in the excellent Los Angeles suburb of La Canada, but I come from a family all hailing from Guyana, South America. My life path has always been creative and individualist, moving from a strong early sports background (soccer, sprinting, and natural bodybuilding) into Art History, acting, and then deep into writing and directing, which is where I feel most at home—working with actors for a theatre performance or on the film set, which is an even more powerful high! The short answer is that I was led along my life path journey by an always-powerful internal drive to create and communicate. I live for each and every day that I do it!

TA:  How important do you feel it is for theatrical artists to have an understanding fine arts and how do you incorporate these into your work?

BE: Artists tend to, shockingly, not be that curious about art outside their field. This is a big mistake. The more reference images one has inside one’s head, the deeper one’s art will be.

I think cultivating an interest in the fine arts—indeed, in all of the arts—pays immense dividends in whichever art one is involved in. Firstly, it creates internally sophisticated creative possibilities. Artists whose minds are continually locked inside the frame of their own art form miss out on other aesthetic perspectives. I call the benefit which comes from cultivating interest in other arts—especially the fine arts of painting, sculpture and, to a lesser extent, architecture—“aestheticism,” by which I simply mean a developed sense of taste and interest in the variety of artistic forms, sounds, and artistic reference points. Look at how the clear love of architecture informs the ’60s romantic drama films of Michelangelo Antonioni, for example. Or how you can see the influence of the stage images of the plays of Samuel Beckett in the dance choreography work of Martha Graham. I have innumerable art influence images inside my head from thousands of paintings and sculptures, and all of it comes out when I visualize something, be it a stage design of actors moving, or on a film set, or within the production design itself.

TA. What do you perceive to be the role of the artist?

Even more importantly, an artist’s material focus should be on career, not “careerism” (regretfully common in the entertainment industry, bending in the wind and without autonomy and First Principles). An artist should have worked out the reason for his or her creation, and he or she should be specific. This self-determination and motivation should occur completely independently of others’ opinions, without a need for the commentary of supposed authority figures. More importantly, the artist should never live in fear. Finally, an artist should cultivate an awareness of real life, not virtual life, and he or she should, through life experience (the artist’s single best teacher), constantly remain in the child’s state of both amazement and curiosity about everything, along with, as an adult, life learning and continually doing things outside the comfort zone.

An artist is never a dilettante because he or she knows that what’s being done is ‘life serious’. That doesn’t necessarily mean solemn art, just art which is purposeful. 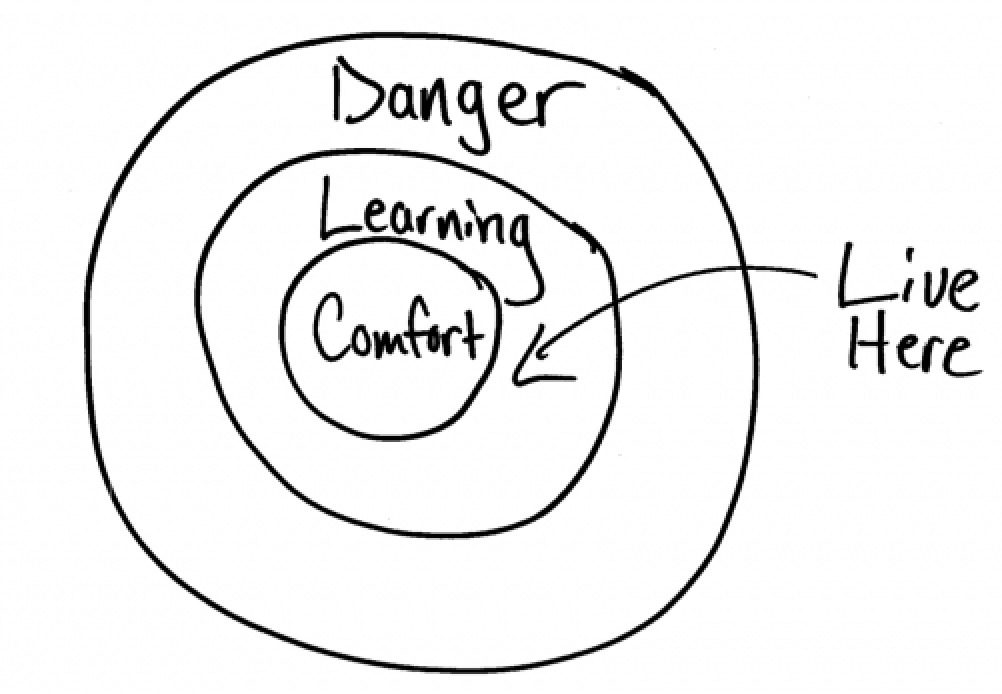 TA: What do you believe is the key to living a creatively fulfilled life?

BE: Artists focused on careerism, not career, are almost always comfort-zone located—and why? Because they’re always worried about the prevailing conventional POV, because they think that’s what will gain them the “brass Ring.” But that’s the big lie of success; you don’t get anywhere near to it trying to do what others have already done—by listening to conventional personalities and by having no First Principles.

The key to living a creatively fulfilled life is living your life according to First Principles, which starts by looking deeply at yourself in the mirror and asking (away from others’ influence):

You must get away from others’ minds to deeply investigate your own. Look at yourself as unvarnished as you can. Start by becoming an internally strong person, by strengthening your entire fabric of existence from the mind (to become both soft and hard), to taking care of your physical body, to your metaphysical spirit and soul. The key to resilience in life is not only to accept, but embrace all the paradoxes of the universe—understanding that there is no fixed perspective, and all experiences arise from personal vibration. If you have both a problem(s) or success, you created it. You cannot become robust to opposition and resilient to setbacks until you have become a vibrational colossus of excellent energy and truth!

TA: What do you tell artists to help them take charge of their careers?

BE: Leonardo Dicaprio has told an an interesting anecdote (which you can find online) that as soon as he asserted what he was and was not comfortable with, he almost immediately became successful. It took me a while to realize the truth of this—I wish I had known this at 19! But then I wouldn’t be me and I like being me!

How to take charge of your career? For me, this question is nonsensical. Simply take charge of it! Assert yourself and your own point of view. Successful people vibrate success. You must get out of the materialist mindset and into the spiritual mindset—and by this I don’t mean metaphysical or New Age jargon, but personal, focussed, motivated self-action. If you find that you are lacking success (however you determine that in your own mind—which you alone should be determining!) then stop what you’re doing and investigate. Stop spinning your wheels. I believe that all problems in the “material” realm of career and success stem from not recognizing that matter comes from mental projection and the subsequent vibrations attached to that. Successful people vibrate success. We need to lose all thoughts that successful people have some trick, and have our own definition of success, cultivate our curiosity, and treat all people with respect, rather than as managed, transactional relationships. Authenticity is essential for artists.

TA: What did you learn as a sprinter that you still utilise in your current artistic work?

BE: What I learned from college sprinting was very important and continues to be so for me: there is power in starting. When we were doing sprint workouts, we would always want a few more breaths before the next breakdown sprint. But I had a great coach who told us that no matter what, unless we just quit the workout, we’d still be tired and relatively out of breath so he said “just take off and do the next one.” What one learns from just starting is that the act creates positive movement with its own carry-through strength. Practicing “just starting” then trains your mind to recognize that, although things don’t feel optimal, one can still “just do it!” I continue to use that every day, not just in creating, but also in working out, because as much as I love it, I don’t always feel like doing it. And the same with writing. Everything begins and ends with the mind! 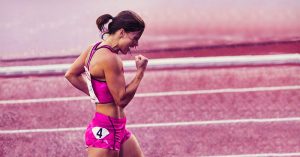 TA: Can you share some of your personal successes or pitfalls to date?

BE: As I’ve become older and much more philosophical, I’ve realized that characterizing life periods in terms of success or failures is a mistake because we tend to lose sight of the learning value during pitfall periods. I don’t regret anything, as I would never have achieved the internal peace and strength I currently have without having gone through difficulties. But I’ll note that almost all of those periods came about because I did not have my First Principles of Life and Work worked out inside my head. Once I got into that solid place, my life (even with the inevitable ups and downs), smoothed out and also became a much more powerful, positive, and successful experience. In terms of practical, material successes along my journey, I would mention finishing my Master’s thesis on the religious paintings of German Expressionist painter Emil Nolde, completing my graduate degree in Art History, organizing one of the largest juried exhibitions in Los Angeles history (the Los Angeles Juried Exhibition in 1993), writing my first solid play, and completing my first film, SHORT.

TA: Lastly, what are your 5 Top Tips for Living a Life Based on First Principles? 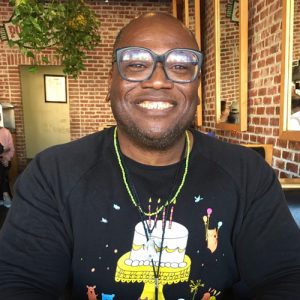 Brian Estwick is a playwright, filmmaker, and Founder/Director of Los Angeles based actors’ collective The DIAMOND Theatre Project. A former UCLA 400m sprinter with a Master’s Degree graduate in Art History, Brian is also a commercial actor and writer. Projects include two dramatic feature film projects, Midvale (a one hour drama cable series about a men’s psychiatric hospital),  Pressure Cooker, and a two woman play dealing with domestic violence. Brian is an intuitive and happy Aquarian!