The Women – at New Theatre Review 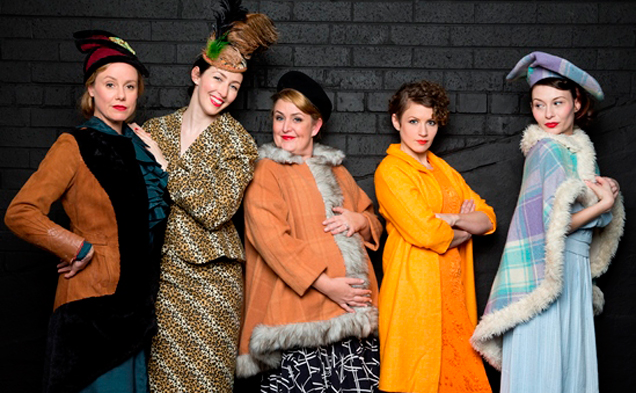 The women of The Women at the New Theatre will transport you back in time to a world where the ‘ideal woman’ was seen as one who bears children, and cares for her husband while relying on him financially. Sound familiar? I sat there as an independent single young woman who has taken care of herself financially since the age of twenty and was shocked by the mirror these women held to today’s modern day society.

The Manhattan Socialites define their lives through their relationships with men. The women’s constant rise and fall is completely dependent on their relationships with their husbands and lovers. Little Mary, played by the charming Jade Potts, echoed the sentiments of many young women today – ‘I don’t want to be a girl’. The Women shines a light on how modern day society still forces the same constrictions and expectations upon women of a bygone era. Little Mary’s courage and resilience echoes the need to push towards equality and blurs the lines between outdated gender archetypes and those that still play a major role in today’s society.

Helen Stuart portrays an endearing and honest Mary Haines who stays true to her archetype and her husband Mr. Haines throughout his mid-life crisis and affair. We ride the rollercoaster of her tumultuous relationships with her husband and friends that ultimately lead to her divorce and can empathise with her strength to rise against her gossiping frenemies.

Gossip queen Slyvia Fowler was brought to life by the one and only Jess Loudon. Relationships between women is a major theme within this play shining a light on how society, even to this day, makes women compete against each other and causes a chain reaction of jealousy, gossip and failed friendships.

The set (John Cervenka) allows for the drama to unfold, leaving the imagination to fill in the gaps between characters’ gossip. The lighting (Elizabeth Ivory) and sound needed to aid in the development of the plot but were more of a hindrance to the production as a whole. The Costume Coordinator (Alexandra Plim) brought these characters to life. The costume design encouraged our imaginations to take a stroll back to the 1920s.

The Women is must see comedy of errors that will have you laughing and cringing at the same time. Don’t be surprised if you walk out with a Brooklyn accent and some cold hard truths about the power of words. Let’s be kind to one another. 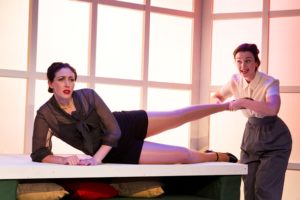