Casting Networks is always looking for organisations that create their own magical work and promote actors, so when we first heard about Scripts Aloud, run through Acting & Directing Partnership (ADP), we had to find out more about this Manchester based organisation. We touched base with one of the founding members, Diana Atkins, to find out how it started, why a cast member of Downton Abbey comes along to watch, to hear more about its roaring success up North, and to try to get the low down on what they plan to create over the next few years.

CNI: So what is Scripts Aloud/Manchester ADP?

Diana Atkins: Manchester ADP (Acting and Directing Partnership) hosts Scripts Aloud – a regular (twice a month) performance of new writing with script-in-hand. On the last Monday of every month, we pick four short plays. Then each team of professional actors and directors have just 3 hours rehearsal time on the Sunday before a Monday show, where there is live audience feedback to help writers to know how to take their work forward.

In January, we also started doing full-length readings in between our regular Scripts Aloud nights.

CNI: How did Scripts Aloud come to be?

DA: I moved up to Manchester from London just over a year ago. I had been involved in a script reading group in London (Actors and Writers London) that has been so successful that it’s been running since the 1970’s! When I moved up here, I looked around to see if there was anything like it. And there wasn’t. There were a few script reading initiatives but they were either irregular or sat round a table, as opposed to being performances up on their feet. I thought to myself, well, maybe I’ll start something.

After I posted on Facebook I was absolutely inundated with responses from actors, writers, and everything in between. I hadn’t really decided whether I would do it when I posted but when I saw the response, I realised I better actually do this now! 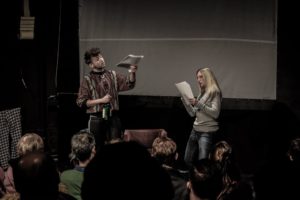 CNI: So far, how have you found/sourced the actors who have participated in the live readings of the new scripts?

DA: We had a number of contacts from that first Facebook post. So to start with, we just posted on social media a few times. And after the first show, it’s mainly been through word of mouth. So actors have really enjoyed it and told their friends about it, who then join. We already have hundreds of actors on our database with people joining by the day, and we are always open to new actor submissions. The only times we’ve needed to advertise was for very specific castings. For example, this month we used Casting Networks to widen the net.

CNI: And a little birdy mentioned that your shows are a sellout each month, which is rather exciting? Why do you think this is?

DA: We’ve managed to attract a number of regulars who keep coming every time. I think that’s due to the regularity of the event and how friendly it is. We set out to start a genuine community and I’m really proud to say that I think we’re managing to do that. People come back to catch up and see their friends. But we’re also really friendly to newcomers. We always ensure we have new actors performing at every event. Some kind soul even said that we’ve “changed the whole culture of the Manchester independent theatre scene.” I’m not sure if they were just being nice to me, but I’ll take it!

We now have the wonderful Sophie Coward tweeting regularly for us, continuing to spread the word. And we’ve begun to invite VIPs to keep a high standard of audience feedback that the writers receive.

CNI: Any interesting stories you can share with us about your live events, or people who you have had along? 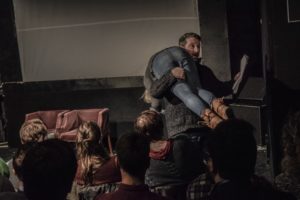 DA: Russell T. Davies (writer of Doctor Who and Queer as Folk) came along last month. He actually gave us a real grilling! But we loved it. That’s what Scripts Aloud is about – giving feedback. And we must have done something right, as he donated £500 to us a few days later via our donate page!

One of the cast members of Downton Abbey has also become a regular, as he comes to support one of our directors.

CNI: What is it like for actors who are living and working up North, in comparison to London for example?

DA: Hmm . . . I find that one a difficult one to answer, as I imagine everyone will have very different experiences. But personally, I’ve found it much more manageable and fruitful up North. There may be slightly fewer opportunities, but there are also fewer people going for each opportunity. And I think the independent theatre scene is more supported up here. It’s easier to become known (locally). I guess to be a bit clichéd for a moment, you can be a big fish in a little pond or a small fish in a big pond!

DA: We have SO many exciting ideas for expanding ADP. It’s just a case of finding the time and resources. We are really proud that a number of companies are approaching us to support us. We’ve recently had Oldham Coliseum (a local 500 seater theatre) become our sponsor. We want to help writers take their pieces to the next step by having ADP produce some full theatre runs and tours. And a number of our pieces would work on radio so we’d like to start a podcast of radio plays. The rest for now will have to stay under our hats . . .

CNI: Finally, as an actor yourself, having started ADP, what is your number one piece of advice to other thespians trying to make a difference in a very saturated acting market?

DA: I’d encourage actors who haven’t tried producing their own theatre to go for it. I’ll hold my hands up and admit that one of the main reasons I started ADP was to create more acting opportunities for myself! So if you’re fed up with waiting for an amazing role, create one for yourself!

But do make sure you get support from those around you. I owe the success of ADP entirely to the support of others. I could never have done it alone. I am so thankful to have an amazing co-producer, Hannah Ellis Ryan, who is a very experienced, wise (and lovely!) producer. And Lisa Conor, who runs the Greater Manchester Fringe Festival and Kings Arms Theatre has been an enormous support. As I have too many people I want to name, I better stop now, or it’ll turn into one of those epic thank you speeches!

Having amazing people around me has changed my motivation – I get such a buzz out of every ADP night, whether I’m performing or not, as I love to feel that I’m helping create opportunities for such a wonderful bunch of people.

CNI: So how do people get involved with Manchester ADP?

DA: We’re always open to new professional actors, directors, and writers. We even have mentorship schemes for those who are new to the profession. All the info you need is on www.manchesteradp.com. We’d love to hear from you! 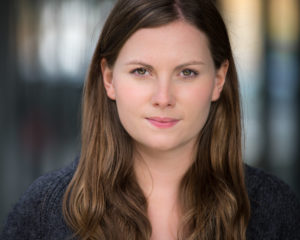 Diana Atkins is an actor, producer, and voice-over artist. She began her acting career whilst living in Australia. She then returned to London where she set up the Acting and Directing partnership (ADP), which brought the multi-award winning Australian director, Robert Marchand, over to the UK for actor and director workshops. She is now proud to call Manchester her home. She founded Manchester ADP, which runs Scripts Aloud, and is very involved in the independent theatre scene up north.