Actors, Remember To Live Your Life 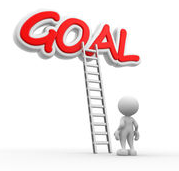 Yesterday, I was writing my list of what I want to do in the new year. I started writing the typical actor list: book a series regular role on TV, take another six weeks of Groundlings classes, finish the new book website, save x amount of money, etc.

I had around eight things on my list when I realized my upcoming year sounded about as interesting as sorting beige buttons into matching shade piles.

Acting is such an amazing and wonderful thing to be passionate about (read: obsessed with), and we are so often laughing off the idea of a nine to five job as boring, uncreative, and soul destroying. The funny thing is though, without a 5pm to ‘knock off’ at, or a Friday to look forward to, my creative friends often neglect to find time to switch off from their career. Ironically, those same people who are so afraid of working an eight hour day frequently end up working a sort of half assed twelve hour day each day instead, and for six or seven days a week.

How interesting is an actor to watch who has done nothing but acting classes and networking events for the past year or so? What life can we bring to a character if we’ve forgotten how to live our lives?

This also applies to networking. When you meet someone and ask what they’ve been up to lately, would you rather hear how many auditions they’ve just had and of the five scenes they did in some film or about the amazing whale shark they saw scuba diving last weekend, or a story about their crazy tandem partner on their holiday skydiving in Hawaii?

On your New Years list this year, why not add some fun stuff? Add some big life goals alongside those career goals. Things you’ve always wanted to do – surfing lessons, seeing China, or India, or Iceland, visiting the Grand Canyon, volunteering for a charity, or horseback riding naked on the beach.

It’s a fine line to walk between work and fun but it is so important that you live your life while you chase your dreams, not afterwards.

If money is a problem, take a weekend holiday. Switch off and book a cheap AirBnB in a city close enough to drive to. Then find something awesome to do there! LA is just a few hours drive from Joshua Tree (camping), Palm Springs (day spas), Vegas (hangovers), San Diego (scuba diving), Santa Barbara (skydiving), Big Bear (snowboarding) … even Mexico (Dia de los Muertos?) and San Francisco (Alcatraz)! Take 48 hours away from your “craft,” reset yourself, and just be YOU.

I get it, sometimes there really is no time to switch off. Sometimes there’s just too much work. But that doesn’t mean you have to hide at home and avoid the world for two months at a time.

Much of our work is a laptop lifestyle. There’s no reason you can’t get out of your comfy Hollywood apartment and drive to a nice hotel lobby or cafe by the beach, order a coffee, and spend the day working by the water. Next time you have a script or two to read, pack a picnic, hike to a beautiful view, and read it somewhere fun. Maybe you can learn those forty pages of lines for your next film on a beach instead of pacing in your bedroom.

Adding big goals to your list means even if you fall short, you will be more likely to find little adventures along the way. They big ones may seem out of reach now, but what if you just ignore the potential limitations and add them anyway? Why not plan as though you will have the money this year? That you will make the time? You never know what this next year has in store for you, so whatever it is you’ve always wanted to do, big or small, add it to your list today.

Oh, just think how much fun will it be if you do!

Kym recommends you check out www.100things.com.au to create your list

Kym Jackson (Snitch, NCIS:LA, Criminal Minds) is an Australian actress and MENSA member who has been living and working in Hollywood since 2004. She has played lead and supporting roles in over thirty feature films & TV shows. Her book ‘The Hollywood Survival Guide – For Aussie Actors’ is on sale in almost a hundred bookstores and is recommended reading in over forty acting schools Australia-wide, including NIDA and QUT. Check out the website at www.HollywoodsGuide.com.