Turn Your Time Into Dollars

“We define others not by what they have but by what they lack. Rather than examine what they can offer,” writes Edgar Cahn, recipient of DC Human Rights Award, author of No More Throw-Away People and founder of Time Banks USA, “we categorize vast swaths of our society by what they need.”

Stephen and I got involved with TimeBanking through our friend Autumn Rooney, who co-founded the Arroyo Seco/Echo Park TimeBank in Los Angeles in 2008 and which has now over 1100 members, the largest membership in the nation and in the world, according to the TimeBank directory. We have received Time Dollars for ridesharing, doing press releases, attending a potluck, giving away our broken concrete to a gardener, and cleaning up at an event. We have spent our earned time-dollars by buying homemade organic food and engaging consultants on gardening and beekeeping. Along the way, we’ve attended potlucks, social events, and educational workshops that were all supported with the Time Dollar economy.

There are, according to the TimeBanks directory (as of October 2013), 298 registered TimeBanks worldwide. Some are active, some are dormant but they all follow the same idea, which is to exchange services (and sometimes things, like food, crafts, etc.) for time as currency. Every hour is worth one Time Dollar (TD) and people who are part of the TimeBanking community either can offer services like yoga, photography, videography, editing, and makeup, or they can search for services, like a ride to the airport, babysitting, cooking meals, gardening help, etc. You get TD for services you complete and you pay with TD for services that you receive.

In the acting world it would be a no-brainer for theater companies to sign up and reward their members with Time Dollars. It would make total sense for actors to sign up and work with directors who can pay them with Time Dollars in addition to getting credit on the project. You can help build a set, have an opening night party, give guitar lessons, photograph the cast & crew, or carpool with your theater members all in exchange for TD. Or you can use TD to have someone fix your car or bike, shoot your next headshot, teach you to play piano, or watch your pet next time you are on vacation.

According to Autumn there are web designers, business consultants, acting coaches, stylists, set designers, lighting designers, costume designers and seamstresses, videographers, editors, PR people, etc. in the Arroyo Seco/Echo Park TimeBank community. “The new TimeBank Documentary “Time as Money”, which is being submitted to film festivals now, was made by two TimeBank members over the course of three years and they didn’t spend any federal dollars to make it, just time credits. The directors of the film had been married only one week before the Pasadena screening in October, and their ceremony was at a TimeBank members house where they had another member bake a gluten free wedding cake and the photographer was paid in TD.”

TimeBanking, however, is not only about money. TimeBanking brings people together, helps those who need it, and it builds a community. 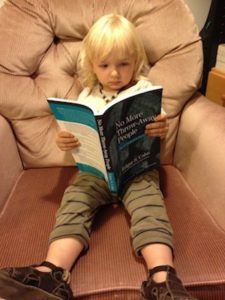 Watch the CA Time Bank YouTube channel and the TEDx video with Edgar S. Cahn, to get a better understanding about TimeBanking. You can get involved with a TimeBank community in your neighborhood or if you travel, get involved with TimeBanking through the TimeBank Republik. If you don’t have a TimeBank community in your area, watch this video about how to start your own TimeBank and download the Community Action kit here.

If you are in Los Angeles, attend the TimeBank Craft Fair and Potluck on December 14th at the L.A. Eco Village 117 Bimini Pl L.A., CA 90004. You can also RSVP for the event on Facebook. And get to know your local TimeBanks: there is one in Culver City, in Long Beach, West LA, Arroyo Seco/Echo Park, and in the San Gabriel Valley (will be active again next year, so contact them to get involved now).

Some TimeBanks offer some perks for their communities, like a yearly metro pass for under $200 for Arroyo Seco/Echo Park members. You can qualify for the metro pass for 2015 (the 2014 deadline already passed) if you join the Arroyo Seco/Echo Park TimeBank now, and then make 10 exchanges by September 31st 2014, with at least 3 different TimeBank members. That’s one exchange per month.

The New York TimeBank also has an incentive to join their community: all their members get a coupon book with discounts to participating businesses.

The Dane County TimeBank in Madison WI, is collaborating with Madison Gas and Electric Company to help members save energy.

But regardless of where you are, if this interests you, join a TimeBank in your area or start one, and spread the wealth of human value. Because there is nothing more valuable than you and I and each of our skills put to a good cause locally!

Enci is a Mother, Actress, Artist and Activist.