If you light a lamp for someone else, it will also brighten your path. 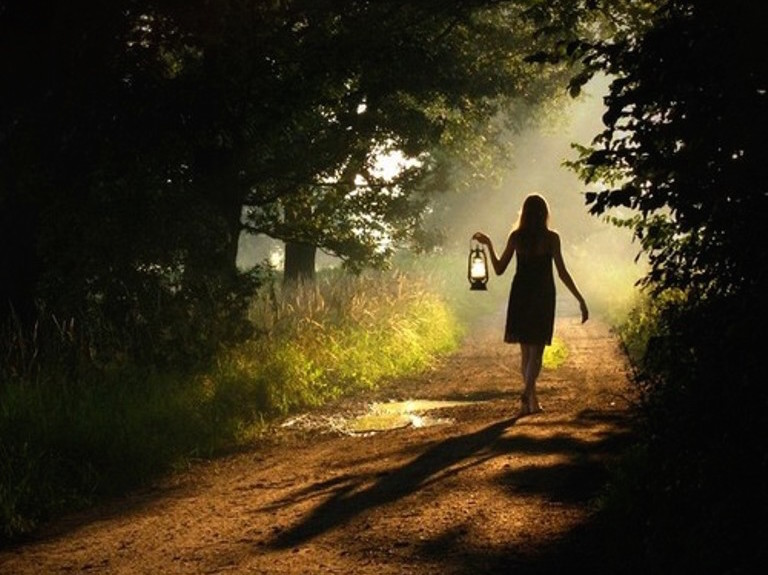 I don’t know of any actor that walks into an audition room that doesn’t want the job, but how many actors want their fellow actor to get the job too?

I was standing in line, waiting to go into the audition room while chatting with the girl next to me. She was nervous, she really needed this job; her rent was late, she didn’t have enough money for food, she was on the verge of tears, she was…a mess. I felt for her, I’ve been there! Without a moment to think, I told her, “I hope you get this job.” Surprised at how effortless these words came out of my mouth and how much I truly meant them, I forgot about me and silently prayed for her to have a good audition.

First, let me rewind the tape back to when I first started auditioning.

I had this really great job at a beautiful winery, yet, something inside was wrestling with doing something I had no idea how to do. I only knew this to be true, because when it was slow at the winery, my mind would wander out the windows to the mountains as I walked up and down a gorgeous hand-woven rug in the front room, contemplating if I dare quit to pursue TV commercials? Though I had no idea how to go about it, I knew if there was a way, I’d find it or it would find me. Finally, I wore the rug out and found the courage to speak to the owner of the winery, whom I love to this day, and though she supported my decision, she tried to persuade me to stay. My inner desire to do this for me won and I gave my two week notice. Within six months, I found a way to get headshots, a top San Francisco agent and book my first non-union commercial which turned into a union commercial. My second commercial was a Pillsbury National which made me a “must join” union member and I continued to book right out the gate!

Then…something happened…my 90 percent callback rate started dropping. I got scared and tried harder to do what I had no idea I wasn’t doing?

That’s when my agent called. I thought he was going to drop me, but instead he dropped me a bit of advice that has never left me. He got a call from a casting director who wanted to talk about one of his clients (that client would be me). The casting director told my agent I was coming across as desperate on tape, like I needed the job. He wanted me to go back to just being me.

My first response was, you can see desperation on tape? Yikes!

Then I thought, how do I go back to being me, when I honestly thought I was being me?

As grateful as I was for this call, I felt stuck, embarrassed and confused. What happened?

Back when I was fresh out of the gate, any type of change was not good, it was personal. Over the years, I have come to accept that change is the only constant and when it gallops on up, it’s not out to get me, but to get me back on track.

I realized I was taking my new career for granted, I had become somewhat selfish in my thinking, for example, while on set, instead of truly enjoying the job, my mind would be in the clouds, wondering when my next booking would be or if there would be another booking? I wasn’t present. My mind was creating a life of its own by revisiting the past, or contemplating the future. I had stopped enjoying the process and wanted more for the booking than the actual audition. I had always loved auditioning and now I feared it; I had put way too much pressure on myself and was way too attached to the result.

I created a mess and that mess was auditioning, not me.

I didn’t want to be that girl that needs to be seen. I just wanted to go back to that beautiful, hand-woven rug! When I knew this was a desire, not a desperation.

Easier said than done. I had to take a time-out and remember this was about having fun and doing what I love not what I needed to do to have fun. Interestingly, I seemed to book more when I knew less and the more I knew, the more I wanted and the less I booked?

To get back to me, I had to remember beginner’s innocence…with wisdom;

I was trying to be seen,

Which meant I felt I was not being seen;

So, years later, I am standing next to a girl that reminded me of me, knowing desperation is caught on tape. I wanted to give back what I was given, words that switched on a lamp for my feet and a light for my path.

So…guess what? I booked that commercial and when I got on set…I saw that she did too!

DO YOU HAVE A QUESTION? I WOULD LOVE TO ANSWER IT IN MY NEXT BLOG!

“I have a passion for travel, unique spas, the outdoors, being surrounded by family and friends, and a love for wine. My dream is to have a cottage in the vineyards where I can write…and share…with that someone special.”