It’s better to be typecast than not cast!

This was actor Glenn Morshower’s response to my question, “What’s it like to always be cast in the role of a military guy?”

I loved his positive attitude! Glenn knows what works best for him and his best is working for him.

“The people who have done more military roles than me–what do they all have in common? They are dead.”

QUESTIONS: One of the most important questions an actor needs to ask is… Who am I? What’s my type?

ACTORS: I understand that you feel you can play any role because that’s what actors do…act, but, it’s so important to start with embracing your “type,” that part of you that comes naturally…then you can expand from that.

I am always cast as the mom, almost always. In all of the twenty some years I have been acting, I would have to say at least 90% of my roles have been…mom.

This is actually a funny story. A few months back I read for this great therapist role. The casting director told me I had such a warmth that came across in my read that she would have loved to have read the entire scene with me and pretty much hired me on the spot. This was a first! Well, wouldn’t you know, when I got the official booking and the script, I was not the therapist, I was the mom! I was a bit disappointed, I must admit, I wanted something other than a mom role! I found out that the role went to someone else because I just had that caring, loving mom thing!

I was sharing this story on set with a fellow actor and his response was, “That’s wonderful that others see you as this loving, nurturing, caring mom. Not everyone can pull that off.”

For the first time, in twenty some years, I began embracing my “type,” instead of fighting against it. As I have grown as a person, so have my mom roles as an actor. I just played a mom in a TV pilot and this time my mom role was not the “commercial” mom, I was the single mom whose six-year old son dies in her arms from cancer. One of the most challenging, yet rewarding, roles I have done.

This is what I meant by expanding your “type.” Be first what comes naturally to you… then grow from there. I’ve also expanded into the role of the “business woman” that is approachable and friendly…but being a mom comes first!

If you are more of a character actor than a lead; embrace that! I see character actors working all the time in this business, way more than the leads. Character actors have this great opportunity to take on a variety of fun, quirky roles rather than the “handsome or beautiful” lead that comes around now and then, unless, of course, you are Sandra Bullock or Ryan Gosling.

So…do you know your “type?” If not, watch TV and see what roles you see yourself playing. The roles that would come most naturally to you; are you the lead, the character, the father, businessman, lawyer, judge or mom?

I can’t tell you how much this will benefit you when you shoot your headshots, interview with an agent or self-submit. It’s like branding yourself. KNOW who and what you are selling. Once you know, make sure you get that across in your headshot; wardrobe, personality, attitude and a great photographer are essential. Your headshot is your calling card that opens casting directors’ and agents’ doors.

Lets take a look at a few actors and see how they’ve captured their “type,” to give them that extra edge to be cast…just from a headshot.

Here is a photo of KEVIN SIZEMORE and his actor son GUNNAR SIZEMORE. 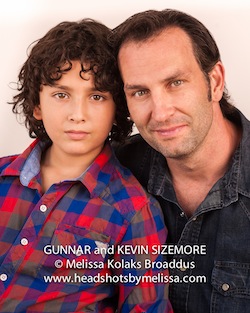 Though they both have been very successful on their own, Kevin with 50 acting credits to his name and currently shooting a recurring role in Atlanta for the new TV show, Resurrection, coming out this fall and his son, Gunnnar, with 15 acting credits and a best actor nomination for the short, “Heartfall,: they both have also embraced the “father and son,” type for casting consideration!  Very smart.

PAUL FERRO, like Glenn Morshower, gets cast  for military roles, but unlike Glenn, Paul actually works in the Navy. Recently, Paul worked alongside Tom Hanks in his upcoming movie, “Captain Phillips.” 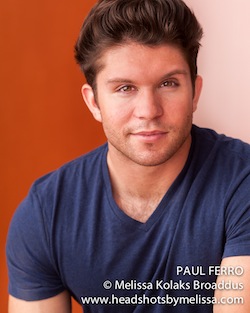 And with my new haircut, I am embracing that friendly, approachable business woman…who is also…a mom! 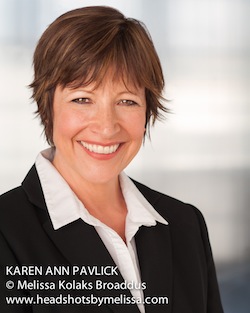 As important as it is to know your “type,” it’s even more important to know who you are…inside.

Internally and spiritually your type will grow your career.

Until next time go to QUESTIONS AND ACTORS LIKE it and USE it! ITS FOR YOU!