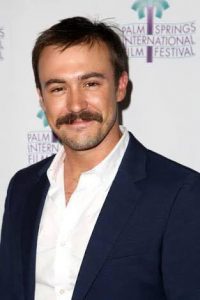 After a tape was put in front of US agents, Australian actor Ben O’Toole began making trips to Los Angeles. A 2011 WAAPA graduate and an already working film, television, and theatre actor in Australia, Ben felt unsure about the decision to make the move. However, in Feb 2016, after shooting Hacksaw Ridge, and with a big push from his US agents, he finally did it. He gave himself five weeks to get seen and go to auditions. A year later Ben has three US feature films under his belt., including Everybody Loves Somebody, a romantic comedy with Ben starring alongside Karla Souza, currently showing in US cinemas.

In my latest addition to the L.A Survival Guide, Ben discusses nerves, last minute auditions, finding inspiration in LA, and why it should always be about the work.

Miranda O’Hare: You were already a working actor in Australia, why did you decide to come to LA?

Ben O’Toole: There were so many reasons why it made sense to NOT come, it would have been understandable if I stayed in Australia. I was always hesitant to come for financial reasons; LA seemed so expensive to me. That aspect of it scared me. But I felt like the universe was challenging me; it became a question of how bad do you want it? I guess I had to eat toast for a while, but I wanted it.

M: Did you come with set goals?

B: Yes. I gave myself five weeks and all I wanted to do was get myself in the room and meet casting directors and effectively start again. It was a brand new world that didn’t know who I was. I didn’t want to come over with illusions of grandeur. I knew it was going to be tough, and it was. It’s shattering when you get halfway through a scene and you have to stop because they’re not interested. It’s such a business over here. But I told myself, just start the building blocks. It’s going to be tough; don’t have unrealistic expectations. 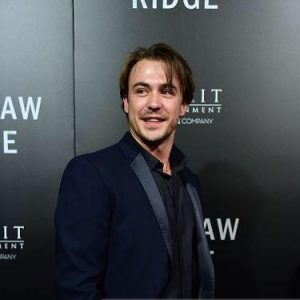 Ben O’Toole on the red carpet for Hacksaw Ridge

M: Do you think Hacksaw Ridge got you into rooms?

B: Yes, I mean people didn’t really know what it would be at that point. but everyone was excited about Mel (Gibson’s) new project, so I do think that definitely helped. It was a talking point. I was only in LA for two weeks when I booked Everybody Loves Somebody and that took me out of pilot season.

M: Did you booking Everybody Loves Somebody feel really serendipitous? That role seems like it’s written for you.

B: Yes, definitely. It was so much fun making that movie. I had never done a romantic comedy, but I had always found them fascinating—why some work and why some don’t. The thing that is always fundamental in a romantic comedy is the believability of the space between the two leads. Would these people actually be together? I knew that when I was in chemistry reads with Karla (Souza). But the role felt especially serendipitous because my character Asher was initially written as an American, but they decided to let me be Australian in it—they thought it would work. And I think it really did.

M: It’s so common in LA to get a call from your agent and have to go and audition in a matter of hours. That was so different for me than Australia, because we get so much more time back home. How do you deal with that and still do your best work in the room?

B: Yeah, it’s definitely challenging, but what’s the alternative? I guess the alternative is miss out. It’s the same for all of us, especially during pilot season. I look at it like this—if I don’t do the work, somebody else will. I sit on an exercise bike and just go over the sides again and again. I think they want an essence and tone of a character, so in those times I focus less on being word perfect. I try to go in with a three-dimensional character, so I think about my character outside of just the words on the page.

M: Do you get nervous for auditions?

B: Oh yeah, it can be scary. I used to deal with it sometimes with excuses, like, “Oh, I don’t feel so great” or you know, “I only had four hours to work on this, it’s not going to be my best,” but now all that energy, I try to squash it straight away. I walk into the room and try to make it mine. I shake their hands, I look them in the eye, and I go in as myself with my Australian accent.

M: Oh what, that’s crazy! You go in as an Australian and then just switch to US when you start the scene?

B: Yeah, I never go in as an American. I think they know I’m Australian anyway. You can lose so much of your own power as an actor, especially in the room, because we give so much, so I take my time making that switch to begin the scene and changing my accent; I count one to ten if I have to. Casting directors are considered these gate keepers, but at the end of the day, they want to cast you in this role and they want you to do your best.

Ben and Karla Souza in Everybody Loves Somebody

M: Do you find it difficult watching your work on screen?

B: Oh yeah, massively. You always watch what you have done a good year or so after you have shot it. I think it’s very hard to watch your own work really objectively because we just want it to be better. That’s okay though, any actor watching themselves thinking “Perfect, I was brilliant,” is the actor that should stop acting.

M: What inspires you as an actor?

B: Curiosity mostly. I don’t know people; I’m trying to figure them out, so I want to play as many of them as I can. Why do people do things? Human behavior is so fascinating. I think acting broadens your mind, it makes you more empathetic. That’s the sort of person I want to be at the end of the day—I want to be an empathic individual. I want to keep asking questions.

M: What advice would you give to an actor that is coming to LA to pursue their dreams?

B: Always ask for the script, if you can get it—it will just help you so much. You just want to be as informed as possible. As much power as you can take back for yourself, do. Go to the gym or take yoga classes, do some sort of physical and meditative thing to deal with the pressure. Be prepared and be honest with yourself—this is where all the money is, where a lot of the work is, where some of the best actors are. Careers don’t just happen overnight; it’s important to have realistic expectations and set small goals. Going to your next audition and being the best you can, doing the work, that’s a realistic goal. I believe that luck is opportunity and application meeting ability; application and ability are two things I can directly control. The opportunity I can’t. But when it’s there, I will be ready. I will be there and I will be good, I will make the most out of it. That’s how careers are built.

Miranda O’Hare is an Australian actress and writer living in LA.Her recent credits include playing the lead role of Ruby in Australian feature film Indigo Lake, set for cinematic release in March 2017. She also plays Jax, one of four female leads in US horror/thriller film Coven also to be released later this year. Miranda is currently shooting series Killing The Cure, playing the female lead Adrianna. The series shot all over the world, including Africa, China, London and the States and set for release in 2018.