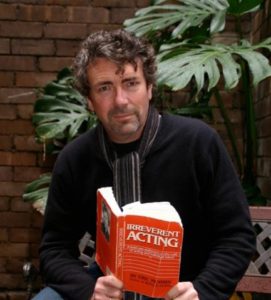 It’s October and the audition season has kicked off in Australia. All the major drama schools are beginning their 2017 intake programs. Subscription theatres and Independent Theatre Companies are launching their 2017 seasons. The next big one is Redline Productions season launch at the Old Fitz Theatre in Sydney on October 17th – look out for the announcement of open auditions for their 2017 Unspoken season and Sydney’s Eternity Playhouse have also just announced open audition dates.

Big seasons, lots of plays, and directors to meet, and many delicious roles for actors of all ages!

Most auditions demand that you perform two monologues, one classical (usually Shakespeare) and one contemporary, before a panel of experts which include directors, lead actors (already cast), heads of Acting departments, voice and movement teachers, and current and alumni drama school students. These are always daunting and sometimes terrifying. So many talented actors fail at the first hurdle, they don’t even turn up for the audition, or if they do, they run away at first sight of the audition rooms and the other attendees.

I know this to be true, as it happened to me when I went to my first WAAPA audition at the Academy of performing arts!

I duly arrived on the assigned day. Feeling tense and somewhat bemused I wandered around the campus looking for the auditions when I saw a sign with an arrow pointing to the acting studio. My stomach immediately somersaulted.

I paced for what seemed an eternity, then I decided to sit on a grey wall outside the acting studio. “I’ll sit here and wait,” I emphatically decided to myself. A minute or two later, two very well known WAAPA alumni saw and approached me and asked if I was waiting to go into the acting auditions.

“No I’m waiting for a friend” I blurted.

In one fell swoop,  I’d performed an inextricable emotional judo move on myself.

It turned out the two friendly famous alumni were assigned to usher nervous, disoriented auditionees into the rooms. To make matters worse, they sat down on the wall with me, chatted about being at acting school, and the play they were in. I was stuck in a bind and my head whirled. The more time I kept up this pretense of waiting for my imaginary friend, the more committed I became to the story. The HOLE OF SHAME I dug just got deeper and DEEPER! Suddenly, I could feel my cheeks begin to burn hot and I began to pant. I stood up abruptly.

One of my new actor besties asked me if I was okay. “Yeh, I’m fine,” I stammered. “Is there a bathroom close by?” The friendliest of the two pointed the way and offered to walk with me. “No I’m good thanks,” I said, morosely grinning. I backed away from them, turned the corner at the side of the studio, and as soon as I was out of their sight I bolted to the car park, jumped in my car, and drove home cursing my bad luck.

That day I miserably missed out on my audition. My dream of acting school was over. I had to wait another interminable twelve months to audition for WAAPA and NIDA. Why did this happen to me? I had completely blown it because I was under prepared. Because I wasn’t confident and ready, I was crippled by nerves and tension.

Whatever you do, don’t fall into the same trap; or has this already happened to you?

Remember, the actor’s first job is knowing how to audition well. If you’re not well-prepared and confident, you don’t get the job. Auditions are strange beasts but they are necessary events in our industry. We cannot work as a professional actor by avoiding them, there is nowhere to hide. Everyone involved has something to gain and something to lose in relation to their future. One sure way to prepare is to get in touch with a reputable acting coach, so that they can advise you in doing the work that needs to be done.

Preparation is vital when it comes to auditions, so as long as you have fully prepared, you have done yourself justice.

It is a well known cliche that a director knows whether you’re right for the part in less than thirty seconds of you starting. While this is is not necessarily true, it is worth noting that first impressions do stick.

The psychologist Frank Bernien developed the ‘thin slicing methodology’. This theory postulates that the first few minutes of a new encounter can be just as accurate, or even more accurate, than as an impression formed over a longer period of time. The significant thing here is that it’s beneficial to consider the impact you would like to have in a first impression.

Conclusion: It is important to be well prepared for every audition. When you arrive, engage and listen – FIRST IMPRESSIONS COUNT. Be fully prepared, do your work, make clear choices – the decisions will then lie in how the directors and producers see the character. Flexibility is important; be adaptable and open to direction. Don’t be afraid to clarify a direction.

Remember, every audition is a professional gig; it is a wonderful opportunity to show the industry your professionalism and your talent every time.

You are only as good as the performance you give. Chookas with your auditions

I will be holding a Shakespeare Audition Intensive on October 22nd – October 23rd in Sydney.  Classes are limited to only 15 Actors per class! Click here for details.