How To Know You’re Making An Acting Choice 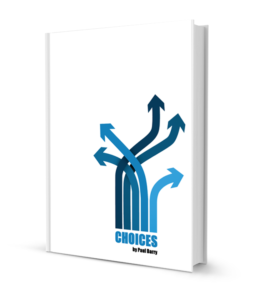 It’s easy to think that we’ve made a choice when all we’ve done is follow an ingrained, habitual path. The difference is that choices are final conscious selections taken from multiple possible options, while habits are subconscious enactments based on limited and usually unconscious triggers.

In my e-book for actors, “Choices,” I outline many ways by which an actor might develop the kind of rehearsal process that allows multiple options to become visible, from which he or she can confidently select the most interesting, exciting, fitting choice. To simply do is not enough. One must explore a range of potential outcomes and then choose to do that which his or her being cries out to express most suitably, given the context of the piece.

As a professional reader at thousands of castings for about 15 years, I saw a very small number of actors whose “choices” were as defined above. Even when natural, relaxed, and engaging, many actors simply fell down in their auditions due to the lack of a unique and individual perspective. I do not believe these actors lacked the talent to do so, I believe they lacked the training to bring it out in the audition. Their training to act was fine. Their training in choices, however, was letting them down, and continues to do so.

Let’s say you wake in the morning, jump in the shower, and throw on some clothes for a casting. You grab your car keys, pull out onto the highway, and find yourself stuck in a traffic jam. By this point you would assume that you’ve made at least a handful of choices, but not really. You’ve engaged in many activities, but choices? Not necessarily. How many outfits did you try on before selecting the one you ended up wearing? And if you carefully selected one from a dozen in your closet, did you also consider borrowing from a friend or buying a new outfit altogether? If not, your selection process was limited and so were your choices.

Did you choose to have a shower? Really? What was the alternative? Did you choose to leave at exactly that time or did you just get out the door when you were ready? If you got caught in a traffic jam, then rather than blaming the universe it’s entirely possible that this was the result of not making the choice to leave an hour earlier and have a coffee in a café near the casting house.

When it comes to acting choices, the principles are exactly the same. If you do not know what else you might have done than scream and cry in that break up scene between you and your husband, then your choices should be called into question. Seriously ask yourself, is it possible I still love him? Is it possible that she really cares about me, but doesn’t know how to show it? Is it possible that he might still be incredibly attractive to me in some way, even though his behaviour is a turn off? (Hint: The answer to ‘is it possible?’  in the creative process is always ‘yes’.) 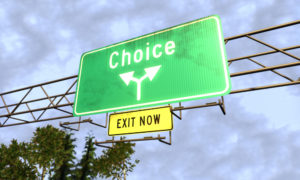 You may fully explore each of these options and eventually reject every single one, but to reject them out of hand is to follow the path of many actors, who believe they are making choices when all they’re really doing is blocking them.

Declan Donnellan, in his excellent book, “The Actor and the Target”, says that “seeing only what ought to be is blindness,” and I completely agree. From politics to society to finance to innovation, the problems of the world are caused primarily by humans failing to see alternatives to their ingrained and usually fear-based habitual responses. Actors face the same danger of confirmation bias in their thinking. That is, to follow one’s “gut” and then retrofit every new experience into that old paradigm, contorting or rejecting anything that doesn’t comfortably conform to how one believes things should be.

When approaching a scene, always look for what could be; what might be. If a scene should be or will be something, then it stands to reason that nothing you do will threaten that anyway, not even playing the exact opposite as an experiment to discover potential alternate paths.

A choice is the intentional decision to filter multiple options (regardless of how “right” or “wrong” they may seem at first) and ultimately select one action, activity, or path to follow. Anything else is merely a habit.