How to Bring Colour to Your Acting Performance

Over the years, I have heard many directors, teachers, and casting directors instruct actors to ‘bring more colour’ to their performances in auditions and on screen. Though we as actors think we have some kind of understanding of what this generalised direction may mean, are we certain we’re on the right track? The most important aspect of taking direction is in being able to translate generalities into specific, doable activity.

Bringing colour may be as simple as adding range to one’s voice or including more movement, but this would seem to directly contradict the “less is more” instructions actors run into far too often. To turn this into specific action, we require a common and specific vocabulary.

Let us literally look at colour to begin deciphering the meaning of the direction, “add more colour!” 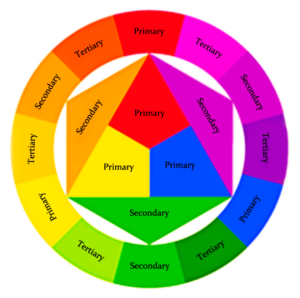 Studies suggest that the human eye can perceive around 10 million individual colours, all of which have at their base the 3 primary colours. Red, yellow, and blue. Add to this the effect of light and other conditions altering those primary, secondary, and tertiary colours, and the number of colours available to our eye may be infinite. As I outline in my acting e-book, “Choices”, though you may begin with 3 primary acting choices, the results can be infinite in that as well.

First, we must break down the tools we have at our disposal into parts. We have our body, we have our voice, we have our emotions, and we have what’s going on in our head, psychologically. The combination of choices made from each of these four categories will lead us to infinite possibilities in our acting.

One can assume that a fit, wealthy, attractive sports star is happy, but history proves this to be untrue more often than not. For every colour on the light spectrum there is an opposite. It may not be visible at the same time, and it may not be brightly illuminated, but it is there and makes up an important part of the character’s being. A huge Hollywood star’s fame, fortune, and Academy Awards are likely counterbalanced by something. Just because we are not privy to their deepest, darkest fears does not mean they don’t exist. If they don’t exist, then why are so many tabloid magazines and websites doing such a roaring trade leaking celebrity gossip? Nobody existence is perfect.

Imagine the opposite now: a streetwise girl with a drug history and long rap sheet of criminal convictions. She has no real friends, drinks, and regularly gets into violent fights at the slightest provocation. It would be a mistake to think these dominant traits don’t have some flipside. A longing for acceptance, the fantasy of being loved, and private prayers to a God she’s not even sure exists are all aspects her character could include without surrendering the undeniably violent, destructive exterior.

Just because you look at the sky and see only blue does not mean that millions of other colours aren’t up there. It just means that the blue molecules are dominant enough to filter out the red, leaving us with a biased impression of what we ‘see.’ Equally, just because the opposing colours of a character are not written on the page does not mean they don’t exist. It is up to us – in our rehearsals at the very least – to explore the full range of colours to create a fully formed, three dimensional character on stage or screen.

When you are asked to bring more colour to your performance, you will now have a practical and achievable way to approach the direction. Just remember your physical, vocal, emotional, and psychological choices are your primary colours. Once you begin to explore various combinations there are literally millions of possibilities.