Getting Creative Outside the M25 – Nottingham’s Film & TV Tweetup

The film industry can feel very London centric sometimes and so it’s always fun to get out of the city and discover new and exciting organisations doing great stuff for the creative indie community. We meet with Emmeline Kellie of Nottingham’s Film & TV Tweetup.

Casting Networks: What exactly is the Film & TV Tweetup for those not on the know.

Emmeline Kellie: Film & TV Tweetup is the largest industry-networking event in the Midlands, UK. It allows all professional and aspiring filmmakers to come together in a creative and friendly environment to socialise and expand their network of professional contacts. The event takes place on the third Thursday of every month and is free for all to attend. 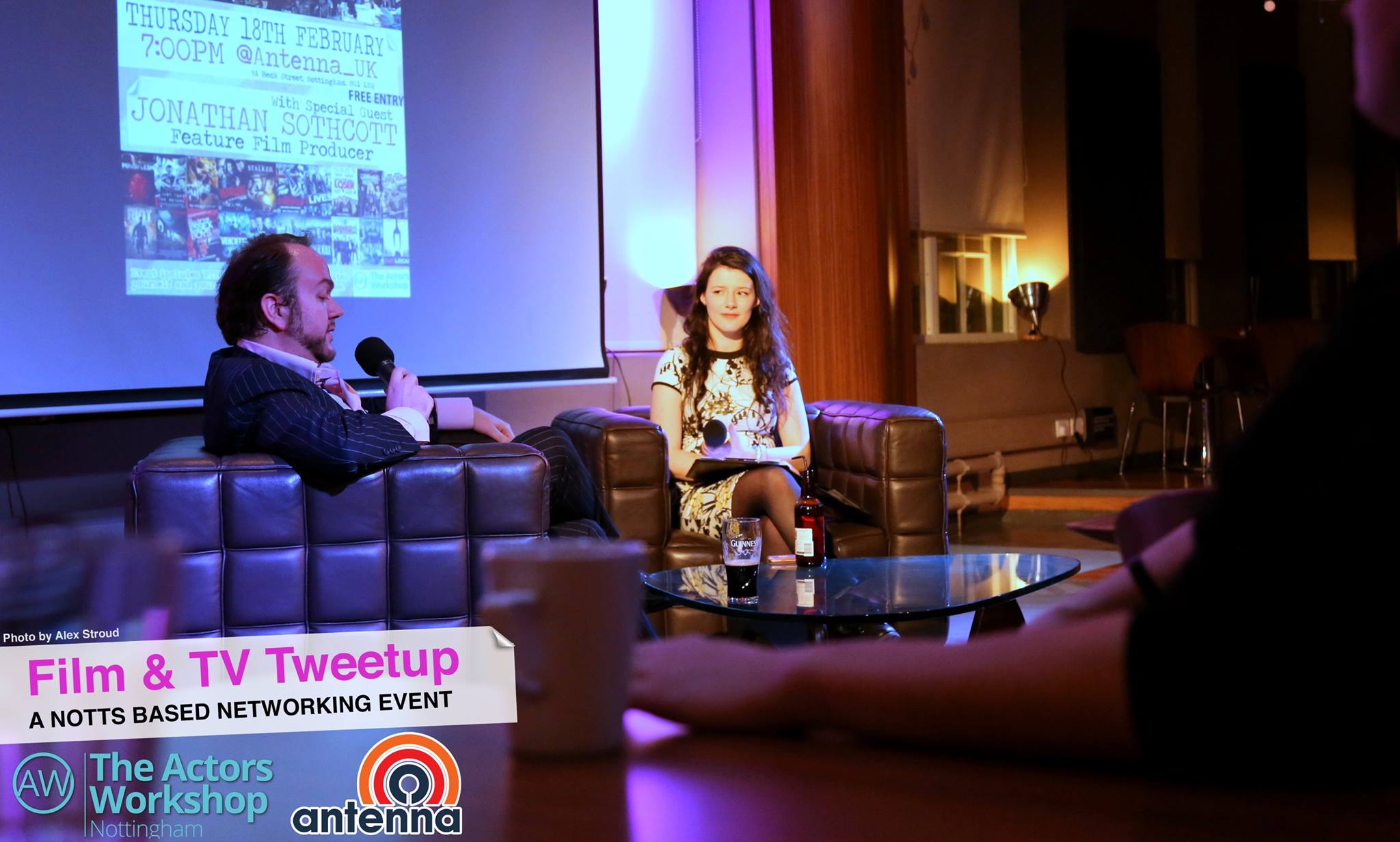 A special guest is present at each event to kick it off with a question and answer session. These guests are professionals that can share their experiences and advice from working in the film industry. Special guests we’ve had in the past include Dominic Burns (independent feature film producer and director), Rebekah Louisa Smith (The Film Festival Doctor) and Jonathan Sothcott (one of the UK’s most prolific independent film producers).

There is also the opportunity at each event for people to come up and pitch themselves, their craft and any projects they’re working on to everyone in the room. Typically, we have 70-120 people turn up to each event and the atmosphere is always buzzing.

CNI: Sounds like the ‘Tweetup’ is the place to be in the Midlands if you’re and independent filmmaker! What else does the area have to offer the local creative community?

EK: The midlands film industry is ever growing and it was really in need of a regular meet up to this scale where everyone can connect, catch up and collaborate. There are some exceptionally talented people up here and if we work together to start making some brilliant films, bigger opportunities might just start to gravitate towards us.

Nottingham has a fairly large creative community and seems to be where most of the East Midlands’ film opportunities are. I go there at least three times a week for various meetings, workshops and work and it’s therefore where Tim and Miguel (the other people behind Film & TV Tweetup) decided to host the Film & TV Tweetup when they decided to start it.

Derby has the QUAD (independent cinema) which hosts regular film events as well as Derby Film Festival which attracts a lot of filmmakers and film fans each year.

Films are being made all the time up here. They’re mainly short films that are then sent off to film festivals and screened locally at a Five Lamps Films screening (Derby), Short Stack screening (Notts) and other similar events. A few independent feature films are made each year such as the film productions Dominic Burns brings to us as well as some really ambitious low-no budget features like ‘Heart of Chaos’ (produced by Adam Collins and directed by Luke Radford), which is currently being filmed in Nottingham.

CNI: What do you think is unique about the Nottingham creative scene?

Your sound operator has fallen really sick and can no longer work on the film you’re shooting tomorrow. Well, don’t panic, you know the other 4 brilliant sound operators in Nottingham and can easily get in touch with another 10 who are passionately learning the job. And if you don’t know them? Don’t worry, someone working on your film most certainly does.

And everyone is in the same boat. Some people are getting more professional work than others but it wasn’t long ago that they were in the same position as the person with only one foot on the ladder. It seems everyone’s really eager to support their fellow midlanders, which is wonderful. It feels like there’s a sense of pride amongst the filmmakers in the midlands, always presenting any opportunities to each other before searching for people further afield in a joint effort to continue to expand the community and amount of opportunities here.

The next Film & TV Tweetup will take place on 21 April with special guest Steven Sheil, horror screenwriter and director of ‘Mum & Dad’ and ‘Dead Mine’.

But don’t just take Emmeline’s word for it, here are a few quotes from filmmakers living and working in the Midlands:

“Nottingham has a really vibrant film making scene – from the actors workshops producing really great on screen talent, to the wide variety of filmmakers looking to make stories in all different genres as well as a huge amount of gifted film technicians. There is a real ‘scene’ in Nottingham that’s aided by the events put on at Antenna and the Broadway cinema which makes networking – which is a key component in any film makers’ career – really easy.”
– Adam Horton, Writer/Director

“The filmmaking scene up here is well and truly alive as Nottingham has become a small London. There’s always something going on and there’s a real sense of community. Everyone’s willing to support each other and there aren’t too many egos. Nottingham has lots to offer with locations and support from the council and various social enterprises. There’s plenty of networking events and opportunities to meet and collaborate as well as actors workshops and writing sessions which are held regularly. It’s nice to be able to shoot a film written in Nottingham, in Nottingham, with actors and crew from Nottingham relatively cheaply with the production value and results of a big budget film in London. The only issue I have is that Nottingham is very easy to outgrow. A lot of people that reach a high level end up moving to cities like London and I hope that, in the future, there’ll be a reason for people to stay. It’s a great city and it would be amazing if people that developed here would stay here so that our scene can continue to grow.”
– Adam Fletcher, Production Sound Mixer

“I think the filmmaking scene in Nottingham at the moment is very strong, with a lot of great, young talent emerging from institutes like Confetti, the Universities and New College Nottingham. I think this is helped enormously by the strength of the local film festivals, such as David Lilly’s Short Stack, which does a huge amount to help local filmmakers showcase their talent on the big screen for a live audience.”
– Ashley Carter, Writer

“It’s a very tight community. There’s so much happening right now and some very exciting films on their way. The city has history and it lends itself to film so well.”
– Will Price, Cinematographer