With FrightFest hitting London last week, we thought it would be a good time to catch up with a few directors whose work was showcased as part of the official selection to find out all about how their films came to, what they have in store for us over the forthcoming year, and how hard it actually is to get a short film or feature made, not to mention into festivals in today’s ever increasing tough market. Here we talk to feature film director Brad Watson and short film director Bob Pipe.

CNI: Can you share a little about your film, the cast, and the premise? 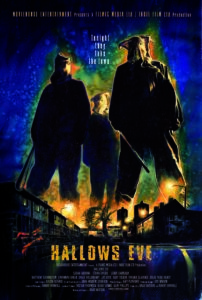 Brad Watson (BW): The movie is called Hallows Eve and it wears its influences proudly on its sleeve, being a love letter to John Carpenter and other horrors of that period. The simple pitch is it’s about a modern day Estate Gang who get thrown into a scenario that is reminiscent to a late ’70s early ’80s slasher movie. So the cast consists of some very talented young actors who had to fulfill this idea realistically, but also get the spirit the film was made in.

Bob Pipe (BP): The Monster is about an iconic monster from the golden era of horror movies who has been persuaded to star in a modern day slasher movie. He’s an old fashioned gentleman in a world he doesn’t understand, the attitudes of the filmmakers having changed so much since he was making films. It’s also a love story and a comedy . . . a horror rom-com I suppose.

It stars Richard Glover, an amazing actor with an increasingly impressive CV, including two Ben Wheatley films (Sightseers and A Field in England), BBC’s adaptation of JK Rowling’s The Casual Vacancy, and Disney’s Into The Woods. It’s Richard’s performance as the monster that gives the film it’s heart.

The Monster also stars Helen George (Call the Midwife) who I knew immediately was the Madeleine I was looking for. She is able to play both tough and vulnerable at the same time. Incredible!

I was blessed with an amazing supporting cast too – every performance in the film is layered and believable. Props to Simon Cotton, Matt Slack, Tom Turner, Andrew Mudie, Paul G Raymond, and Luke Manning.

CNI: And why did you apply to FrightFest specifically? Was it a festival you just knew you had to be a part of?

BW: Yes, Frightfest was always a main goal. If we could get it done in time! I signed off the digital print literally the week before we screen! So I’m not only happy to be launching the movie at Frightfest, but the idea to do this was always in my initial pitch to investors. So to have Frightfest like the movie enough (even in its rough cut stage) to invite us to premier with them is a huge validation! I’m thrilled!

BP: Absolutely! FrightFest is THE best horror festival in the UK. I’ve been going for years and love it. Such an honour to be selected to be a part of it.

CNI: And what would be your number one piece of advice to any young filmmaker starting out, who wants to “break out” in the UK?

BW: I wish I could say something useful here. But all I can say is there is no industry here in the UK, so every film you want to make will be an entrepreneurial exercise. Which basically means there is no “right way” to do things. Make sure you hone your craft. Make sure you experiment in a risk free environment (a luxury that the new generation has that no one had before). And whatever happens, no matter how wrong things go (and they will), never be an asshole. Your greatest currency at the start of your career is good will. Never take that for granted. This is a long game.

BP: Just do it. Don’t over think it. Your first films are inevitably going to be rubbish, but the more films you make the better you get at it. Make them on your phone if you don’t have the fancy kit. Then obvs get them online and share the hell out of them.

CNI: Any take outs from making your film that you wouldn’t do again?

BW: Plenty, but the main contender here is to not take on the producing role as solely as I did. It had to happen due to the nature of how we made this, but I could do without a few of those headaches to be honest.

CNI: For newer actors and actresses trying to get noticed in this very saturated market, what would you consider the best way to approach directors so they stand out?

BW: This is one of those questions where I can tell you how I work, but I’m not necessarily talking for other directors. I want to work with good, smart people, who are professional and enthusiastic. Quite often I meet people at networking events or screenings and just “hang out.” And see them a few times over a long period. No part may be in mind, but if something comes up, I’ll let those people have a crack at it. Again, it’s a long game. I consider this a social business, and knowing I can get on with people gets you a plus in my book. Of course, when it comes to auditions, I won’t be biased, but I always interact with all the attendees to get a sense of how they work and what they’re like, not just are they right for the role. As you say, it’s saturated, there are many people out there right for the role. So show me you’re also professional, nice to work with, and dedicated in a non-egotistical kind of way, if that makes sense.

BP: I would just make films and/or online sketches – again, even if it’s just on your phone. And appeal to the styles of the chosen director you’re approaching. Personally, I love horror, sci-fi, and comed,y but there are other more serious directors out there.

CNI: And Brad, where are you hoping to take your feature next?

BW: Well, I already have a sales agent, so hopefully where the money is! My last feature was released in nearly 20 countries bur not the USA. So I want to make a concerted festival push in that direction.

CNI: And for Bob, you’ve already enjoyed much success with it screening in Palm Springs International Short Fest and East End to name a few. Where are you hoping to take your short film next?

BP: We have loads more festivals lined up around the world. Please check out the Twitter and Facebook pages for all the latest updates.

CNI: And finally, what’s next in director land?

BW: Apart from getting Hallows Eve to be as successful as we possibly can, I now turn my attention to my other projects in development and go back to what director land consists of the most – pitching and selling and begging.

BP: I’m just finishing post on a micro-horror film I wrote and directed. It’s a little over a minute long. I hope to release it into the world in October – in time for Halloween. I’m also writing several projects – some on my own and some collaborations. Hopefully I’ll make another short film soon. 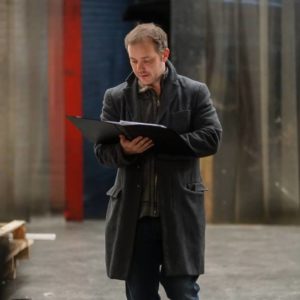 Brad Watson began his career as a stage manager before moving into TV and Film. After 6 years in the camera and editing departments, he began to make his move into directing with several award winning shorts. He wrote and directed the feature film Asylum Night, winning the Tromafilng award for BEST UK FEATURE at the Edinburgh Festival. Soon followed the feature film Beacon77, (nominated for the SILVER MELIES AWARD) a supernatural thriller he wrote and directed, released theatrically in the UK and in over 15 other countries including France, Australia, Japan and Germany. In the last 3 years Brad has directed more promos and live concerts plus over 20 music videos for artists including JIMMY SOMERVILLE, AMY STUDT, THE COURTESANS and an ambitious video trilogy for the STEREO MCs. Brad’s current productions include the up and coming horror film, HALLOWS EVE, a short film thriller 108 HOURS MISSING and he is currently developing Sci-Fi Comedy series ERIS. 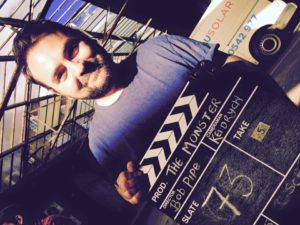