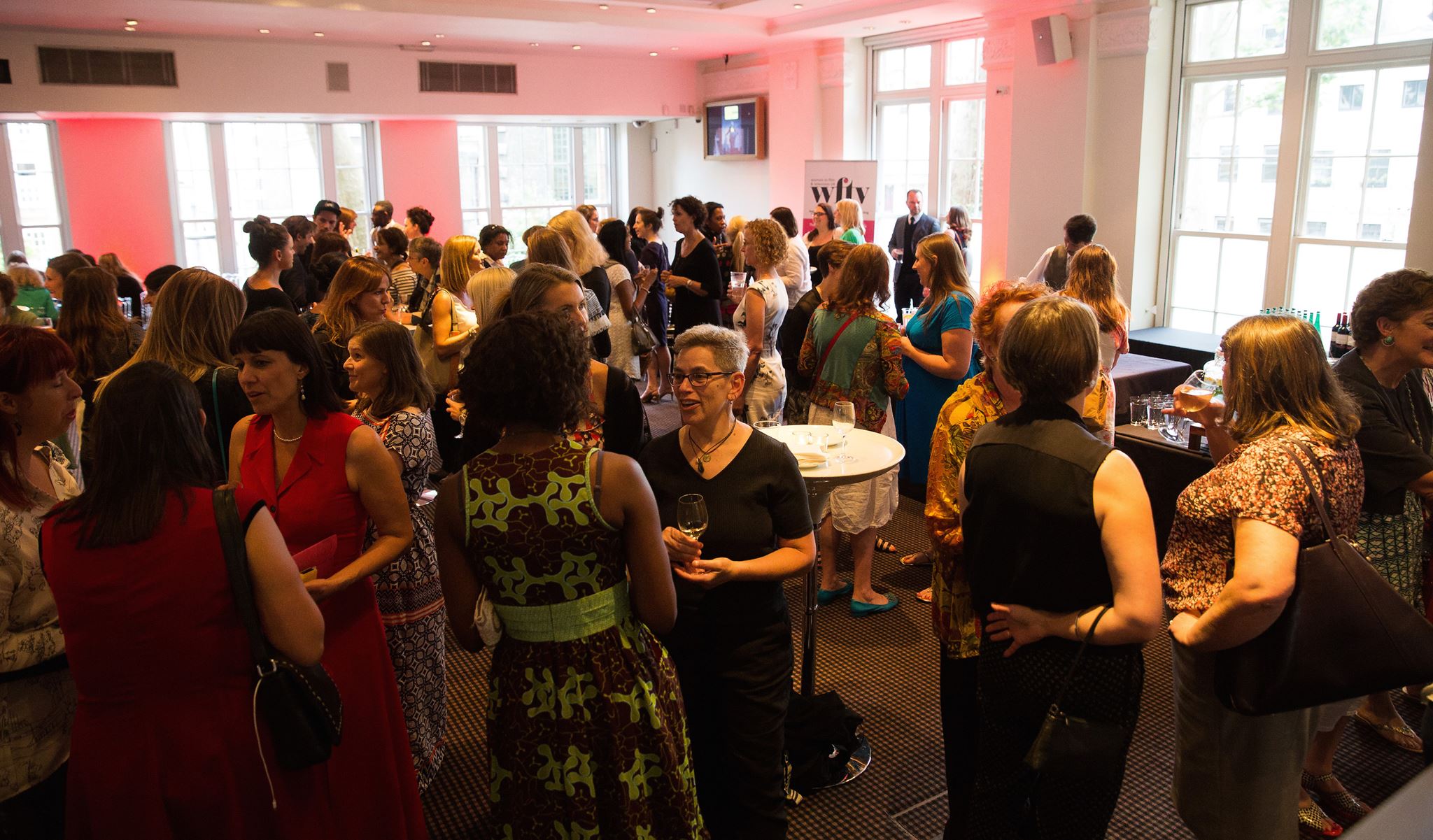 Women in Film & TV (UK) is the leading membership organisation for women working in creative media in the UK, and part of an international network of over 10,000 women worldwide from a broad range of professions spanning the entire creative media industry.

We sit down with Natalie Samson, Head of Awards & Events, for a round of “Five Questions With…” to find out more about this brilliant organisation.

1. Each year you run a mentoring program open to women in the UK. Over the years you’ve had some wonderful success stories. Why do you think programs like these are so important for women in Great Britain (or even across the pond)?

I’ve actually been on the mentor scheme myself which is how I ended up working for Women in Film and TV (UK). I couldn’t rave highly enough about this scheme and think they are incredibly important for anyone. The WFTV (UK) scheme is aimed at mid-career women and Nicola Lees who runs it is brilliant, she has an uncanny knack of knowing what you need before you actually know you needed it.

The scheme allowed me the head space to take stock of where I was in my career, whether I wanted to continue on the path I was going, or whether it was time to look at other routes. When you’re working in this industry you can forget to look up and all of a sudden five years has passed, so being forced to look at my career objectively was incredibly helpful.

The other part of this particular scheme that is so fantastic, is that it’s not just about your mentor, but the relationships you form with the other women on the scheme. I now have 19 women who hold me to things I say I will do, who I can call on for advice, or who I can (and do) collaborate with on projects – my scheme ended over three years ago but we still meet up once a month.

2. At the end of the year you host the annual WFTV UK Awards awarding outstanding women from the world of film and television, can you explain a little bit more about this?

The annual Women in Film and TV (UK) Awards have been running as long as we have been an organisation – we celebrated our 25th Anniversary last year – and it’s always a brilliant event. Every year we honour women across 14 different categories at a glamorous ceremony held at the Park Lane Hilton. We receive nominations from the public (absolutely anyone can nominate any women they think should be recognised) and the awards are decided upon by juries of esteemed members of the UK film and TV industry. 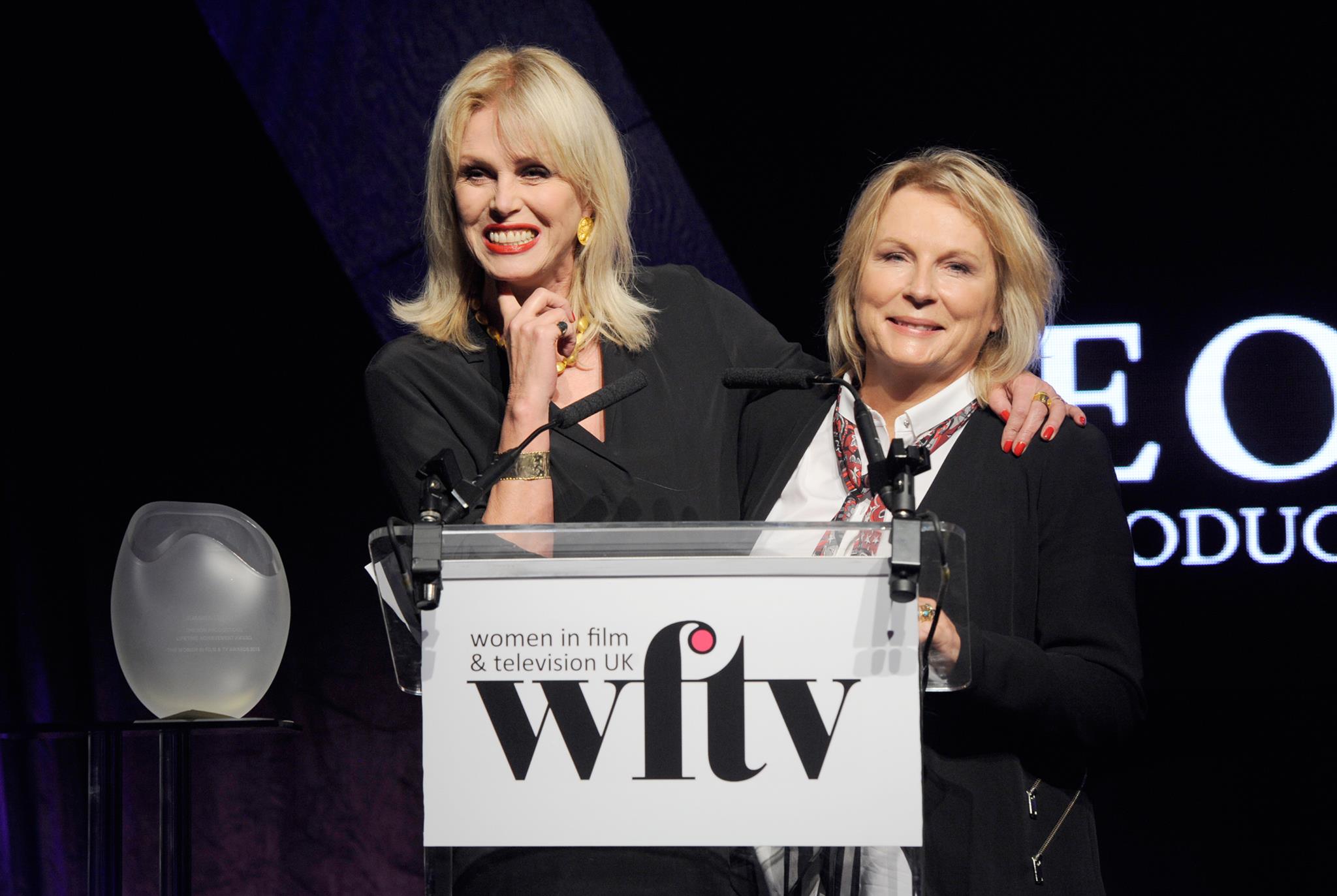 I’m particularly proud of the fact that not only do we have awards in the categories you would expect such as producing, directing and acting, but we also recognise the women in areas that aren’t always celebrated such as production management, craft and creative technology in post-production.

For me, the greatest thing about our awards is the feeling in the room on the day, it’s so incredibly supportive and positive. The film and TV industry truly get behind the event with tickets selling out in under two minutes, and we never announce the nominees, rather celebrate the winners, who always know in advance of the day itself. There is a lot of love in that room each year, you can really feel it, and it’s a great party!

3. For our acting audience, how is involvement with the WFTV group useful? Have you found people connect and go on to collaborate longer term?

We run a strain of events throughout the year that are specifically targeted at actors. These can be anything from workshops on how to explore character, to talks on how to market yourself, to how to film a self-tape audition, to sessions on how best to collaborate with a director.

We collaborate with a variety of professionals throughout the industry to bring our acting members the best possible advice and sessions to not only help them with their craft, but also their understanding of the industry as a whole.

It’s also great when our acting members come to other events that we run throughout the year. A big part of our industry and what we do as an organisation is networking, and I have seen many a long term relationship start from these networking events which is fantastic.

4. Given you also exist in LA as well, do the groups ever come together? Do you foresee there might be cross overs opportunities at any point?

There are over 40 different chapters around the world that all come under the banner of Women in Film and Television International (WIFTI). Each chapter is run very differently and the WFTV (UK) is the biggest behind New York and LA.

Every year we host the Women in Film & TV International Reception in Cannes where all of the chapters attending Cannes come along to an amazing networking evening, there is always a long line out the door of people trying to get in. It’s a chance for all the chapters to get together and talk about everything that we’re up to. We often have reciprocal membership across the chapters and work together on various events throughout the year.

5. What’s single piece of “best” advice for up and coming female filmmakers.

Single piece of advice? That’s tricky, there is so much that women can do to keep ahead of the game. You must network, this industry is built on relationships, so get out there and meet people.

Keep up to date; what films are coming out, who has made what, which programmes have been commissioned, what new tech is there?

Also don’t forget how competitive it is, and everyone is fighting for the same position. You need to make sure you stand out from the crowd and not be afraid of hard work.

If you want to stay in touch with what Women in Film & TV (UK) are up to you can sign up to our newsletter here: wftv.org.uk/subscribe