Finding the Three Sides of You In Your Acting

I saw Clint Eastwood interviewed on television when he took up celebrity portrait photography as a hobby many years ago, and he said that there were three ways in which a person could be captured: 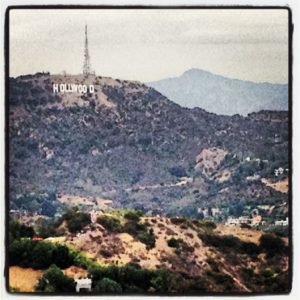 Celebrity photographers sometimes show George Clooney in a suit or smart-casual wardrobe on a beach (how we see him), sometimes as the political activist (how he sees himself), and sometimes . . . well, like this.

In both portrait photography and in film, John Wayne was often seen in wardrobe and manner befitting Western and War genres (how we saw him), he was sometimes seen in casual ranch gear (how he saw himself), but he was never seen in a leotard and ballet shoes (surprising/shocking perception). Hillary Clinton is at home in a pant suit, and would be surprising to many these days in a skirt, but not as surprising as she would be with big gloves and a mouth guard, in a boxing ring.

As odd as we may expect it to be for Wayne to be a ballerina or Clinton to be a boxer, I suspect we’d all be fascinated to see if they could carry it off. We certainly are every time Daniel Day-Lewis or Meryl Streep take to the screen.

What I find interesting about Eastwood’s theory is that we pretty much cycle through these possibilities as actors all the time in our work as well, but there seem to be some roles many just never consider for themselves. Whether one doubts his or her abilities or simply has no interest in playing certain roles, when an actor becomes stuck in any one, the audience grows to expect more of the same, and the actor can personally tend to get bored with his or her own work.

Take any actor who always plays what you expect of them, be it Meg Ryan, Chris Rock, or Tom Cruise. Pick one right now. An actor who always plays the action star, or the ingénue, or the clown. We may love them dearly, but it is only when they surprise us that we truly realize how incredible they are, and how they truly come alive as an artist. Until then, they are “popular” and thankfully collecting of money and fans, but there is a yearning for more – from both us and them.

I recall a moment in David Mamet’s film The Spanish Prisoner, where Steve Martin is revealed to be something quite unlike most people’s expectations of his usual comedic self. Though the film by no means received popular worldwide acclaim, it is nonetheless incredibly interesting and engaging, not least of all because of Martin’s surprising performance. Albert Brooks’ performance in Drive is similarly unexpected, as is Mo’Nique’s in Precious.

What do you think is the common perception of you and your acting? That is to say, what would not surprise people watching you who have seen your work many times before? That you tend toward sensitive characters? Troubled characters? Funny or kind or charitable characters? Whatever it is for you this is your staple so don’t stop doing it; it pays the bills and builds your reputation in the industry. Just don’t overlook the ways in which you can subvert people’s expectations of you by delving into something you are, to be honest, not even sure yourself that you can actually do.

You won’t always have much say over the roles in which you are cast, but you certainly have power over directing your focus to the kinds of projects that would make an interesting departure from your usual work. And you always have power over what you overlook because you think it just “isn’t you.” Perhaps it is. Though we love to see you do what you do so brilliantly, we’ll love seeing you embrace a brand new side of yourself even more.

The actor cashing in on our popular perception of him or her is smart to capitalize on it, and the actor revealing a deeper aspect of his or her private self may likely experience even more fulfilment. It is the actor that pushes through to previously unchartered areas in their work though who will find in the end the ultimate artistic satisfaction.