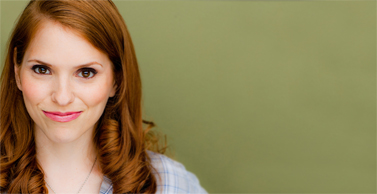 Coming from the San Francisco Bay Area, I have a tendency to play colorful characters like the ones I grew up around. I have worked from stage to 1080p full-screen, and am a proud SAG-AFTRA member rocking it out in Los Angeles. The other half of my life is devoted to supporting civil, animal and environmental causes…and taking pictures of my food.

How did you get started acting and why did you choose acting?

Like many other actors, I started in school plays but it was in high school, shortly after closing a run of On The Town that I realized I could only see my future in acting. I was cast in a one-line role as an old lady who spent the majority of the play chasing across the stage after a thief between scenes. I decided to intensify the comedy each time I had to cross and found the unplanned laughs extremely rewarding. One parent after the show found me and was shocked I wasn’t actually an old lady! That made all the days of having silver be sprayed in my hair worthwhile. Much like a relationship, I continue to choose acting every day, and it’s for so many reasons not limited to the power of entertaining: transforming yourself as you transform the people watching; the family: the countless bonds formed with fellow actors and crew, and the endless crazy unforgettable situations that come with each production.

What are your hobbies outside of acting?

Since I’m so often in my car, I love to seek out nature by hiking with friends or reading at my nearby park. I’m also a big vegan foodie and love discovering the best new vegan desserts! Additionally, I try to stay informed about politics and take action to support progressive legislation and oppose harmful bills.

What was your first role?

The first role I can remember was in elementary school playing one of the cards in Alice in Wonderland, where I made my own costume out of poster board and a red marker. Outside of school plays, I was hired to be a featured extra on a feature called Bee Season as a “Comfort Counselor,” someone who kindly escorts the spelling bee kids off stage after they misspell a word. It was my first 13-hour day in my career. Oh, and since I was in college and car-less at the time–at the end of the day, my mom had come to pick me up but wasn’t sure where to find me at the location. Apparently she stumbled upon the film’s star, Richard Gere, and asked him if he knew where the extras were.

How do you keep your craft fresh in between auditions and jobs?

I’m extremely proud to be a member of the fantastic non-profit film collective, We Make Movies. We just received sponsorship from Microsoft for our weekly workshops of staged readings, sketch comedy and improv nights. So I love getting to perform in front of an audience every week, even if it’s for works in progress. I also like to help my friends out with their self-taped submissions; it’s an opportunity to not only act, but to act with my favorite actors! 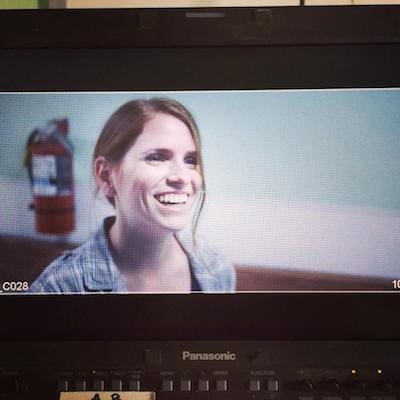 What was your latest project?

I actually just shot two fantastic, and completely different projects. One was an emotional trailer for a novel called The Reason, where I’m a young mom crying in half the scenes. The producer recently said that the footage was so amazing that we may go straight to production on a feature for it! In the other shoot, I play an avant garde-looking bartender in a sketch called “Nothing is Exclusive,” written by Laura Mannino—which actually filmed at YouTube Studios! Both will be online by the late spring.

Do you have any recommendations for acting classes or coaches?

I’ve studied at various schools and took something from each studio. Playhouse West among them, which uses the Meisner technique, provided a great breakthrough for my personal technique. 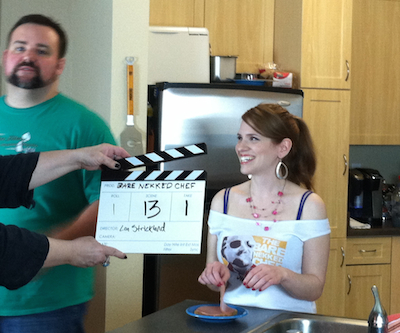 Who took your headshots?

Most of my headshots were taken by the talented James DePietro, who also helped me pick out the wardrobe at the shoot!

What is your most embarrassing moment professionally?

Thankfully, a majority of my most embarrassing moments go back to when I started out doing extra work and bless my heart, I just didn’t know better. One time I was on the pilot of Sleeper Cell seated next to one of the leads, Oded Fehr, and I don’t know if it was because of my excitement, ADD, or combination thereof, but I kept asking Oded what his name was because I kept forgetting. I look back and think how nice he was to put up with a kid like that.

What would your dream role be?

Being fortunate enough to pursue acting makes every role a dream role–I’m living a dream life! But if I had my druthers, I am drawn to fantasy, dream-like roles and worlds, and I would love to do a twisted version of Alice from Through the Looking Glass where she becomes queen and it changes her for the worse. The icing on the job would be having the cast and crew be comprised of my beloved actor friends and other talent I respect. And it would have to be directed by Spencer Susser. 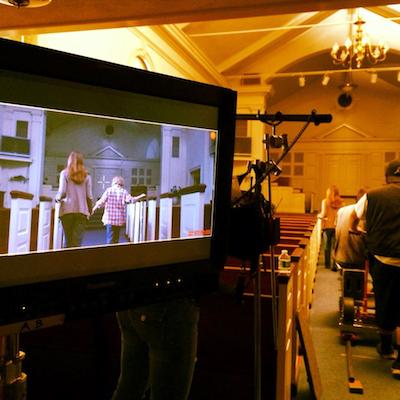 Where do you see yourself in ten years?

I can’t plan my weekend more than a few days in advance, let alone knowing what dinner will be tonight; I have no clue what ten years from now will look like! I would hope that by then I will be able to act as much as I like with talented, wonderful people, have a respected name familiar to those in the industry as well as cinephiles, that I will have a non-profit foundation for one or more of the numerous causes I support, and that I won’t have to have any day jobs at all. Most important of all I want to be as happy or happier than I am today and be able to help my friends and the community in bigger and better ways.

What’s in store for you next?

Off the heels of my last YouTube shoot, I was just cast in another sketch to be filmed there again which I’m so excited for!! It’s called “Corporate Dialects” and was written by David August. It should be online by June.

What advice would you offer other actors?

Take all advice with a grain of salt–you are not too fat, too thin, too ambiguous. You are perfect as you are—enjoy the ride! 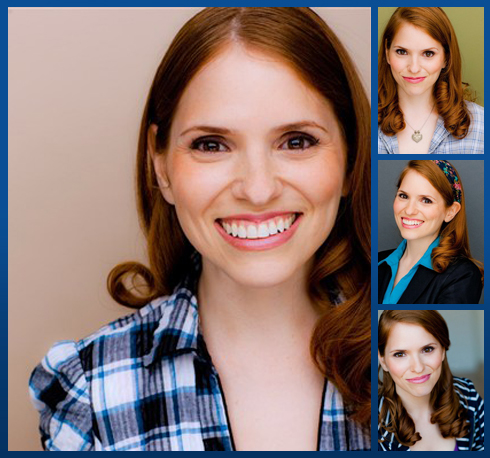 ***
To be considered as a featured member email us and include a link to your Casting Networks profile.