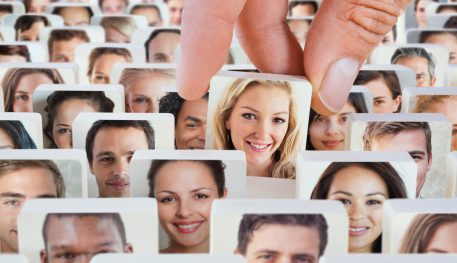 You might be familiar with the idea of “being impeccable with your word”. It comes from Don Miguel Ruiz’s book, The Four Agreements. Or perhaps Robert De Niro’s character in Meet the Parents and the “circle of trust” talk with his future son-in-law played by Ben Stiller may be more familiar to you. Surely one, if not both rings a bell and strikes a chord. Trust, and your impeccable word plays a huge part in your reputation as a commercial actor. You gotta keep your word. Period.

As much as I hate to admit, there are behaviors casting directors (and agents, producers, etc.) don’t like… but can get over. We will get over you being late on rare-ish occasion. We’ll chalk up a bad audition to something that happens sometimes. We don’t love it when you cancel or take too long to confirm, but as long as it’s only every blue moon, we can let it go. But in the end, we have to be able to trust you, or we can’t do business with you. For those needing a translation: we can’t call you in when we don’t trust you.

There are a few actions that cause an immediate and lasting break of trust. Backing out of a booking is one of the worst offenses. Can I just say don’t ever do it and leave it at that? I understand that a better job has the possibility of coming along. I can logically wrap my head around wanting to go with the better paycheck or a more prestigious theatrical job, but backing out of a booking is devastating to the commercial casting director and production. Know if you make that choice, the trust is likely to be broken forever.

Your word isn’t exactly impeccable when you are stretching the truth, plain and simple. There are some doozy lies in commercial casting that are hard to come back from. You can’t lie about your age. There are some commercials that require you to be a certain age. You must be 25 to sell alcohol, for example. The same goes for cigarettes. A commercial may need to know your actual age because they intend to include that in the ad. Think age defying makeup or pharmaceuticals. The breakdown will be clear of age restrictions and that you will need to provide your actual age at the audition. Lying about this is a terrible, terrible idea. You will be found out eventually and the consequences are big. The break of trust might be the least of your worries. The same goes for any requested skill. Don’t lie, don’t embellish, don’t exaggerate. You will be performing the skill on set and the jig will be up if you lied about your skill level. Don’t lie about a medication you have taken. Don’t lie, period. Broken trust forever.

If you are of the mind that you can be less than impeccable with your word with one casting office and not sabotage your relationship with other offices, you are wrong. Many commercial casting directors talk. We belong to an association. We have Facebook groups. If something terrible has happened to permanently break our trust in you, it’s likely others know about it. At this level of a break in trust, the consequences to the casting director is so great (losing a client) that it may feel like a moral obligation to warn others so it won’t happen to them. This is the realm we are working in.

Little things are not to be taken lightly.

The little stuff can add up to the point you find yourself out of the circle of trust. When an actor builds a reputation of arriving at their audition whenever they want, always asking for a timeframe, canceling last minute, confirming then canceling, it doesn’t take too long to break trust. Regularly arriving unprepared (not knowing material, out of wardrobe) will break trust sooner than later. Remember the job of a commercial casting director, very simply put, is to coordinate a FULL day of APPROPRIATE actors, who are GREAT. When you cancel, when your actor account (headshots, stats, resume) doesn’t accurately represent you, when you don’t know the copy or arrive in inappropriate wardrobe, you are hindering the basic job of the casting director. You wouldn’t alienate yourself from all commercial casting directors but you will the individual office, for sure, if these choices are consistent.

Let’s end on a bright note. Finally, right? I apologize for taking so long to get to it. When actors are impeccable with their word, we notice. When you have our trust, we don’t forget it and little things now and then won’t change that. Life is goofy and can throw some curveballs. This is true for all of us. When you have the trust and admiration of a commercial casting director, it is earned. You should be proud of it and will surely be rewarded for it. Be trustworthy, it’s worth the effort.