Hello! Hope you are all feeling motivated and back on track after a healthy, happy January!

This month I had the pleasure of chatting with Shy Magsalin, Artistic Director of Ninefold, a theatre ensemble, and member of the International Suzuki Company of Toga (SCOT).

ALY: What drew you to the Suzuki Method of Actor Training (SMAT)?

SHY MAGSALIN: I was initially drawn to the rigour and the discipline. The extreme energy and physical exertion gave me a completely chaotic experience in a very strict format. I was highly strung and very temperamental when I younger, so the training was initially a good container for all those fiery, erratic emotions. More interestingly, what’s kept me doing it for 10 years is the training’s intricate, imaginative work that I’ve been able to apply to all different types performances over the years. That’s the stuff I’m always keen to explore.

A: Many have the misconception that all you do when working with SMAT is stomp. Tell us what an average day can look like whilst training with the Suzuki Company of Toga (SCOT)?

SM: The first thing the whole company will do together is have brunch at 10am, but the day starts earlier if you are on brunch duty or have tasks to do outside of training and rehearsal hours. After brunch the company will have a meeting or go straight to training. Training can last anywhere between 45 minutes to a couple of hours, depending on what Suzuki wants to accomplish. We’ll then split into different groups and rehearse until dinner at 5:30. After dinner, we’re back into rehearsals until 10pm. Once rehearsals have wrapped up, we’ll gather for a night snack. And then off to our dorms to work individually and get some rest, so we can do it all again the next day!

A: How important is optimum health and fitness when rehearsing and performing in this style?

SM: Important, but I think about it in terms of what I’m trying to achieve artistically. You have to have a body that has the strength and flexibility to meet the requirements of your imagination. You need to have a voice that can create fictional environments and distances. And you need the stability and stamina to do this for an hour and a half long show. Simply, if you don’t care for your body and voice, it’ll be difficult to use them in the way you want to. Rest also plays a part in that. Suzuki constantly encourages us to think about approaching our artistic work athletically. The training becomes a way to test your limits and measure your own abilities with breath, energy, and physical and vocal sensibilities, so you need to have a body and mindset that is ready to take that on. 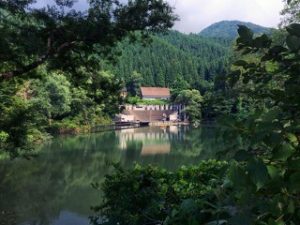 A: In order to maintain that level, what does your fitness and nutrition regime look like?

SM: I don’t have a strict food regime, but try to pay attention to what my body needs and wants. I’ve been consuming much less sugar over the past few years as I tend to find sugar addictive and my energy and concentration levels suffer when I have it regularly. I also don’t drink alcohol in the lead up to and during performance season. I try not to consume any animal products in my regular life, but I will forgo this rule when I’m in Japan because my access to various foods changes when I’m in Toga. In Toga, the company cook for each other and we eat all together with a buffet style setup. Generally there’s a balanced spread of veggies, proteins, and carbs.

Obviously, staying well hydrated is necessary for body and voice. I’ll start drinking water from the moment I wake up. In Toga, we aren’t allowed to bring water bottles into the training space – something I’ve implemented when working with my company at home. It means you need to figure out a system around the training and rehearsal schedule that allows you to stay hydrated. I bring lots of Hydralyte with me to Japan. I’ll also take amino acids, protein, and probiotic supplements when working in Toga. That’s about it.

For fitness, I’ll look at what my problem areas are in training and rehearsal, which can vary from project to project, and focus on those. Flexibility and core strength were things I really needed to enhance for the last show I worked on with SCOT, so in between training and rehearsals I did exercises and stretches to specifically address that. Breath control when speaking onstage is something I’m constantly working on, so I do regular cardio training —spin classes and running—and I find this helps in a big way. But I quickly get bored of exercise that’s not linked to something creative. The gym starts to feel punishing at some point. I took ballet classes for a little while just so I was creatively engaged with something while keeping the body moving. 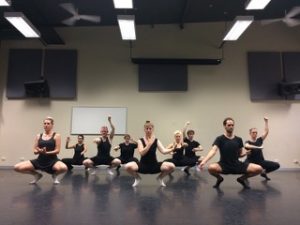 A: When working on camera, what elements of the training can you utilise to benefit your performance?

SM: A lot of the exercises require you stay fully engaged with an imagined scenario or fiction, while still having to be physically and vocally technical, and hit certain marks. That’s something that can definitely be useful in the world of film. That connection between body and imagination is the thing I try to emphasise the most with my acting students. While my main interest is in theatre, many of my students want to work in film, so I need to make the training applicable to both mediums. I’ve been watching a lot of behind-the-scenes footage from The Hobbit. It’s interesting—a lot of the time the actors were surrounded by green screens, interacting with bodies green in suits, and later they’d be superimposed onto digitally created environments. But at the time of shooting all they had to rely on were their imaginations. The footage of Benedict Cumberbatch recording the voice of Smaug is pretty impressive considering how much technology was attached to his body. Look it up if you haven’t seen it yet.

Ninefold will be holding workshops this year, to register your interest email: ninefold@ninefoldensemble.com
You can find out more about The Suzuki Company of Toga at their website.

Your mission this month is to investigate SMAT, send Ninefold an email, watch some training videos and try incorporate it into your practise and life. Don’t forget to keep an eye on my Insta—I’m going to be sharing some quick and easy works this month!

Alison McGirr QUT (BA Acting) is a lover of life, Activewear, and orange lipstick. Awarded the prestigious Jennifer Blocksidge Honour and Grant, she staged her first theatre production, The Interview, shortly after. Alison is part of The Heath Ledger Young Artist’s Oral History project being conducted by the National Film and Sound Archive. Having appeared in Home and Away as Molly Brenner, a move to Ireland saw her work on hit TV shows Penny Dreadful and Vikings. Once back in Sydney she trained with the Ausralian Institute of Fitness uniting her passion for fitness and acting.