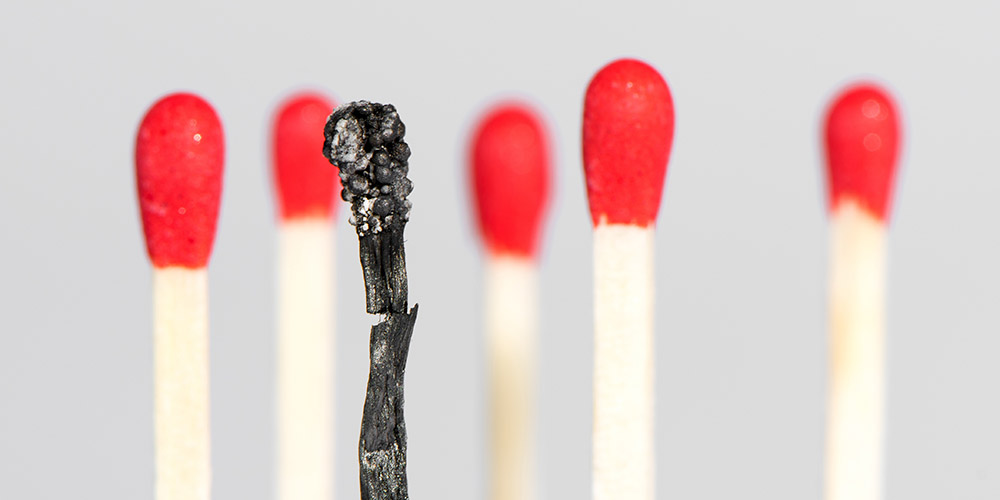 If you’re an actor, chances are you’re working too much. In the beginning, you’re working three jobs, by default: the job of training yourself as an actor; the job of working as an actor (which includes auditioning, performing, and attendant/appropriate business activities you have, such as marketing and networking); and, unless you’re independently wealthy, the job that puts food on the table while you work the other eight or so jobs you have of “being” an actor.

With all of that working, you somehow need to free up time to play, relax, and stay fresh. (Or not, but trust me, it’s going to be hard to keep that acting fresh if you’re a scattered, nervous wreck.) You likely don’t have much wiggle room in that day job, so it’s up to you to learn to manage your time and energy on fronts performance-related. That’s going to mean saying “no” as well as saying “yes”: simple in principle, but never easy when there are carrots being dangled or guilt trips being booked for you.

So here are a few questions I’ve learned to ask myself when deciding what “optional” (i.e., unpaid) opportunities I’m being offered:

1. Will I have adequate creative freedom? Just because you’re working for free doesn’t mean you should perform like a trained seal. Yes, there are times (we hope) when you will have the opportunity to stretch yourself and learn from people above your current pay grade; in these instances, it would behoove you to listen to them and benefit from their wisdom and experience.

But this does not mean you need be an automaton. If you will not be allowed the freedom to bring your whole, authentic self to the table, consider carefully whether this is the gig for you.

This goes double, even triple, for any sweat equity you’re asked to contribute to a project that is not you actually doing acting work: all the producing, scut work, and behind-the-scenes tasks that go into any kind of production, whether it’s onstage, onscreen, or on the web. When you work for free, don’t work for committee. I took on the job of graphic designer for my theater company as my service work and did a lot of work for nothing, but I was also allowed a great deal of creative freedom.

2. Will I have adequate resources? Yes, we’re all doing webseries on a micro-budget. But if the writing is subpar or the prep work feels haphazard, if people are trying to get too much for too little, it’s a recipe for acting disaster. You’re not going to get anything usable out of the experience except for learning never to do it again. And if conditions are in any way unsafe, just say no! Nothing is worth bodily injury (said the lady who has narrowly escaped a few falling objects on student sets with overworked crews).

Again, pay especially close attention to this when doing your helping-hand, non-acting work. When you work in small theater, you work on shoestring budgets, but there’s plenty of cheerful, free labor available. As a designer, I never had to fold my own programs! On the other hand, I did one ill-advised turn as a costumer, tasked with outfitting a large cast in period wear with a comically small budget. The show ended up looking great; I looked like hell warmed over.

3. Am I doing this out of love or duty? Look, I know you want to act. And I know you want to help your friends. but if you’re only taking a small (free or underpaid) gig out of some sense of obligation, unless you really owe someone a solid, seriously consider saying “no” as kindly and graciously as possible. In the greater scheme of things, it’s better to risk disappointing a few people up front than resenting them later. TRUST ME ON THIS.

As to non-acting, help-a-brother/sister-out kind of work, when you’re starting out, the occasional “duty” gig is almost unavoidable, but if I don’t either love the cause itself or know it will sharpen my skills in some needed area, I try to find some other way to be supportive. Sometimes it’s a less time-consuming, personally-involving kind of donation (broom-pushing!). Don’t get suckered into giving away your valuable “second” skill (sewing, carpentry, design, and so forth) for free just because you’re good at it and they need you. Unless you love the cause, exercise discretion.

At some point, if you’ve done your work (and yes, experienced a certain amount of plain, old good fortune), you might be down to x jobs minus 1—that would be that day job we discussed earlier—but you will always, ALWAYS need carve out the space you need to take breaks, feed your vision, and refresh your spirit by making some hard decisions. You can’t do everything, but you can feel good about everything you do.