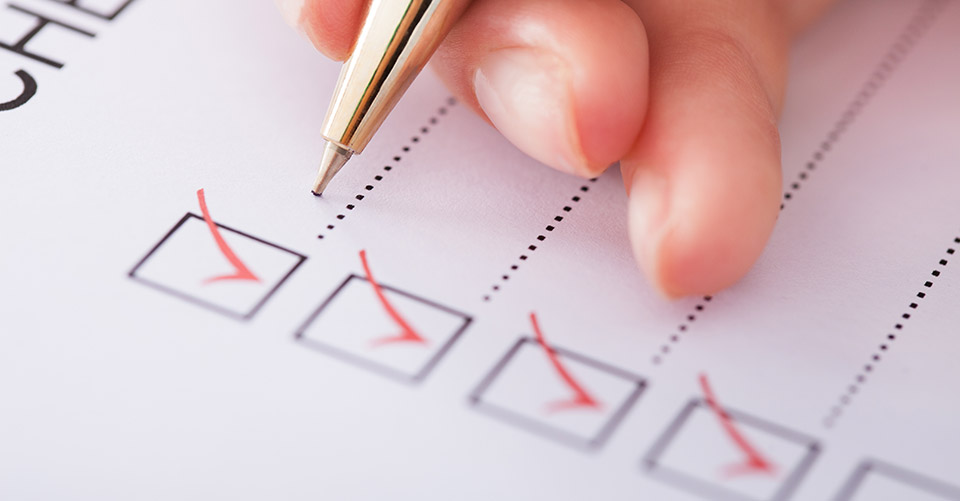 Most artists have little trouble coming up with visions of what they want from their lives and careers, and actors are no exception. Usually, there are some pretty ambitious goals on a given actor’s to-do list, including (but not limited to) acquiring “A-list representation,” landing a series lead, and winning a small (but weighty) statuette. While these are all wonderful things, too often items like these fall under the category of “visions” rather than actionable goals. And while there is absolutely nothing wrong with having a vision—or seven—calling it a goal can create a lot of frustration and heartache.

This point hit me hard recently as I sat down to do my annual list of accomplishments and disappointments, the first—and for my money, greatest—of the exercises in my favorite goal-setting book (see “Book of the Month” below). While there were still many more on the “plus” side than the “minus”, daily lettering project aside, this year’s pluses were the unsexiest bunch of accomplishments I’ve racked up in 10+ years of using some form of this system.

It was discouraging for a moment, I won’t lie. When you’ve enjoyed things on the “plus” side like raising $110,000 in 50 days for a worthy cause or writing two chapters for an actual published book, an item like “bought a brand new iPhone with cash” or “made and kept a Saturday-night dinner-and-movie ritual with a friend” seems lackluster, at best.

Here’s the thing, though: sometimes success doesn’t look like it, and for a couple of reasons.

First, because I have some flat-out cra-a-azy notions of how big something has to be before I can call it an accomplishment. 25 years ago, I was pretty sure I could write my life off as an utter failure if I hadn’t won a MacArthur “genius” grant by the age I am now. While a MacArthur would be a lovely feather in anyone’s cap (not to mention a lovely infusion of cash), it’s both a wee bit outsized and way out of my control whether I win one or not.

Same goes for—and I’m sorry if I’m the one to break it to you—your “goal” of winning an Emmy or Oscar or SAG award. Big “wins” like these are the by-products of a certain level of craft, plus a lot of luck and timing. Not one person who has won one of these coveted markers of success had any more control over winning one than you do, even if they were perfectly poised to. Putting aside that no award is a guarantor of happiness and so is not worth getting worked up over (and on this I am very clear, thank goodness), they are not anything we can accomplish; they’re more what happens (or doesn’t!) as we become accomplished at something.

Second, and just as importantly, some of the greatest accomplishments don’t look like anything at all to the outside world. You don’t get public dig-me points for getting to the place where you can turn down insalubrious or unsatisfying work, but man oh man, is it healthy and satisfying to do it! If you have a breakthrough in understanding, I truly hope you and your therapist are the only ones to know about it, but as you move through life, how many more people—yourself, included—are you going to make happier because you aren’t dragging some massive emotional burden into every interaction or relationship?

The smaller, less visible accomplishments are the re-architecting of our daily lives, and no less important than the big flashy things. They may be quietly satisfying, but satisfy they do, and in a more enduring way than most flashy wins. (See: the journey is the destination.)

So as you sit down to reflect upon your year, do note the big markers, but consider spending more time ferreting out the “little” things: all those small victories, those changes in character, those times you managed to do the right thing rather than the easy thing. These are the small, homely actions that make up a truly big and beautiful life.

Thank you for the gift of your readership over this past year. I wish you so much more beauty, love, and joy in the months to come!

BOOK OF THE MONTH: This time of year, my #1 recommendation is a book that will keep you centered and calm as the holiday madness swirls around you. However, after that, a natural pick is perennial (literally) favorite Your Best Year Yet. I’ve written about this jam-packed gem from executive coach Jinny Ditzler before, but it bears repeating: if you are looking for a solid, easy-to-follow methodology for creating useful, actionable goals in the coming year, I doubt you’ll find better than this book. For extra new-year mojo, do the exercises in it with a buddy. It’s a lot of work, but a lot of fun, and I’ve never done it and NOT accomplished a lot in the following year.