5 Steps for Finding the Work You Want as an Actor 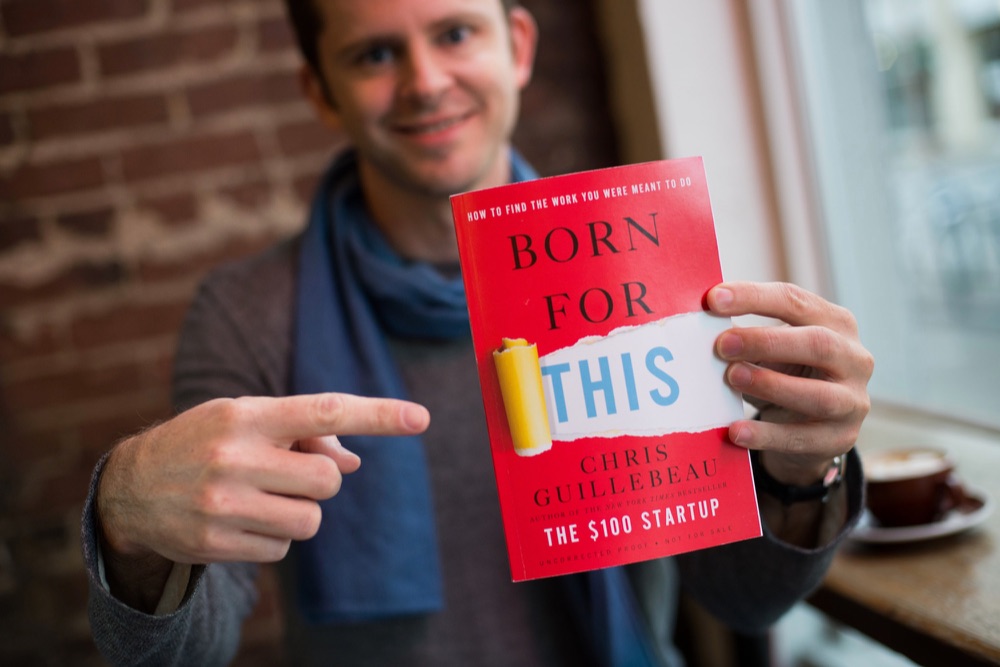 5 Steps for Finding the Work You Want as an Actor

There are many books out there to help you on your way to becoming the actor of your dreams, i.e. a professional one who gets paid. Sometimes, though, you’ll find true gems for making your dreams come true from the business world—or at least the business-adjacent world.

Author/entrepreneur Chris Guillebeau, about whom I’ve written many times in this column (and, full disclosure, someone who has become a good friend), lives in and reports from that world. He made his own dreams come true by following an unconventional path, and has gone on to help many others find and pave their own unique way to happiness and solvency. His latest book, Born for This: How to Find the Work You Were Meant to Do, goes into nuts-and-bolts detail on how to turn your dreams into reality with the practical application of tested knowledge, fueled by a steady supply of hard work (and hopefully, a good attitude).

Chapter 9: “How to Become a Firefighter (or Whatever You Want),” tells the story of a woman who—you guessed it—overcame both crazy numerical odds in general and physical limitations specifically (she was 5’2″ and 108 lbs) to become a firefighter. The rest of the chapter translates what she did into actionable steps for any “long shot” job. (And at an average acceptance rate of 1% of applicants, it’s safe to say that becoming a firefighter is just about as much of a “unicorn” of a dream job as is “professional actor.”)

So, without further ado, here are five steps toward accomplishing the impossible, loosely translated into actor-speak for your ease and convenience.

1. Decide on the job title you want.

In the book’s “civilian” example, Chris suggests that the truly successful job candidate (i.e., one who stands out and gets invited in, not to mention one who ends up actually loving her job) will not be one of several hundred (or thousand) applicants applying for a standard job slot, but a person who creates her own title, a category unto herself. As an actor, I’d think about it this way: first, you need to get specific, by knowing your casting “type;” then, you have to get hyper-specific and become a “type” that is not only recognizable, but uniquely you. If you wonder what that looks like, think of your favorite character actor who shows up again and again, even across genres, until they become a cliché on a breakdown, as in “an Aaron Paul type” or “a Kristin Wiig type.” Who is it that you are and how does that get fused to a recognizable and castable type?

2. Create an artist’s statement that describes your future self.

Here, Chris talks about the difference between the typical business resume approach and that taken by fine artists, who create a kind of summary that describes their work and its intended purpose. Of course, you will need an actual resume in the standard accepted format, but an artist’s statement would work for your website and could come in handy when networking, in interviews, or even as a way of clarifying why it is you are the only person who can do what you do (as well as describing what you do, period).

No one gets there alone, but as Chris specifies in the book, when you reach out for help, reach out with very specific “asks.” From my own experience as mere columnist, it’s hard to know what to do with big, overwhelming questions like, “How do I become an actor?” and easier to handle a simple, pointed question—provided it’s within my purview, of course. But you weren’t planning on making any crazy, inappropriate requests of people, right? Right?

4. Use “demonstrated interest” as a strategy for life, not just college applications.

The book shares a terrific personal story of how Chris’s assistant landed a coveted job: basically, by making herself cheerfully hyper-useful at whatever task he threw at her. This is that “going the extra mile” approach to work (or, conversely, the “lack of entitlement” clause). People who make themselves extraordinarily useful end up doing better.

I do not propose you roll with an actor-analogous version of the book’s example and just show up on set ready to work (unless you want to get arrested, anyway). But I do think that anyone who purports to be an actor and is not out there creating work for himself, as the himself he wants to play, is crazy. Do not sit around and wait to be asked, ever. Own your stuff and strut it, while you’re at it.

There are several terrific chapters which would be useful to any artist, about creating a side-hustle and learning to think of yourself as your own small business. There’s even a “Life Coaching from Jay-Z” chapter that is completely performer-centric. (For once, the civilians have to do the translating.) As with any book, if you glean one great tip, you’ve made your money and time back, and then some; with Born for This, you should reap far richer rewards for your time invested.

BOOK(s) OF THE MONTH: Obviously, I highly recommend Chris’ newest book, BORN FOR THIS: How to Find the Work You Were Meant to Do. In addition—or even instead of, if they speak to you more—I highly recommend his previous books, The Art of Non-Conformity, The Happiness of Pursuit, and (especially) The $100 Start Up, which gives you a (bona-fide, tested) road map for starting your own business from scratch for a mere $100 (and a LOT of sweat equity). It’s a great guide for anyone looking to create a side business, including actors.

Colleen Wainwright is a writer–speaker-letterer who started calling herself “The Communicatrix” when she hit three hyphens. She spent a decade writing commercials and another decade acting in them for cash money. Now she uses her powers for good instead of evil by sharing what has—and hasn’t—worked for her along the way.
Follow @communicatrix //