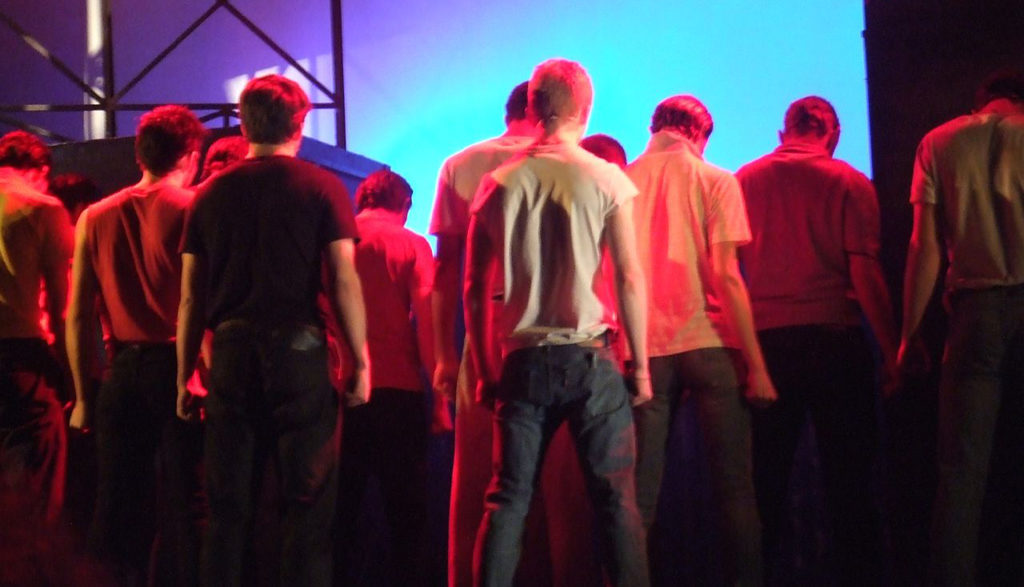 Getting yourself in the right place to be plucked up.

Recently, I was invited to a first read-through of a brand new play by a renowned Los Angeles playwright. Aside from being a rollicking good time, the afternoon was instructive on many levels, from what it takes to make a story read like a house afire to the delicate nature of playing a character by letting him become you to the importance of refreshments. (Never, ever underestimate the buoying quality of excellent snacks.) So here, in no particular importance, are the things that struck me and will stick with me—and, hopefully, you—as we move through this crazy maze called making entertainment.

1. Turn down no opportunity to practice your craft.

Each of the six actors sitting around the table for that read-through has logged thousands of hours onstage and on the set, in the rehearsal room, in acting class, and, no doubt, pacing the floors of their own homes, working out scenes. We won’t even get into all the hours they’ve prepped for and schlepped to things they didn’t even book; while everyone complains occasionally (we’re only human, after all), they get that this is a fundamental part of the game. It is an honor and privilege to get an at-bat, whenever it happens. If you actually get paid to do it, or end up getting seen by someone or making a useful connection, so much the better. But doing the deal and logging the hours, with diligence and thoughtfulness, so that you accrue facility and agility as you go, is cost of entry. (Yes, there are people who get lucky, who are plucked from relative obscurity and are given careers. There is also a minuscule club of people who win the Powerball.)

These cats are pros, through and through. Their instruments are always in tune, and they know how to play beautiful music with them by sight. This is the gift of time plus discipline, and there’s no substitute for that. Sure, they suffer from insecurity and self-doubt from time to time—again, no one’s perfect. The point is, the playwright knows that they’re reliable, that they can pick up a script crammed with lightning-quick dialogue and read it cold, bringing it to perfect life.

And though it’s not the focus of this piece, the same applies to writing as well. This playwright is prolific, and with the exception of a four-year break from it, has cranked out play after play for over 30 years. As he said, one of his gifts is being able to write action so that it’s “like water pouring from a jug”—i.e. strong, steady, and so smoothly, you forget that water is ever inert.

I know, I know: you can play anything. Which is great! I love seeing actors play against type, breaking rules, stretching themselves. According to my scene study classmates, I played me the hell out of some Blanche DuBois back in ’02 (and if you’ve ever read me, much less met me, that is guaranteed to be one of the last roles you’d cast me as in your head).

So really, where the rubber meets the road—in this case, when someone is getting ready to cast his pilot, her first indie film, their first Super Bowl spot—who do you play? Or really, even more specifically, whom do you play exactly? Who are you? What is “you”—the you that shows itself first to other people? I made a living playing mildly anxious, 100% earnest people in commercials for almost 10 years, something I had no self-awareness about at the time. The people around the table had their own, particular cocktail of personality that they project onstage: the insufferable narcissist; the brassy broad who covers up her low self-esteem with loudness; the detached, permanently and cheerfully bemused codger, and so on. They slid into these characters like hands into tailored gloves, because that’s just what they were: the playwright literally wrote these parts with the actors who read them in mind.

If you want people to write parts for you, they need to be able to think of you first, and quickly. That means being both exceptionally good and exceptionally clear. Do everything you can to reduce noise around your acting. (If you don’t know what that means, entertain the thought until you do.)

All things being equal, they’re going to want to work with the one who’s easy and fun to work with. And if you are in a market like New York or Los Angeles, especially, the all-things-being-equal rule is in permanent effect. There are just too many people who are too damned good to be hiring a pain in the ass. That means developing a good overall attitude, not just being able to turn on the charm in the room. Over time, I’ve become friends with all of the actors who were at this reading, and each is a joy to spend time with, both on and off the stage.

Bottom line: be useful, specific, and nice enough to be in the room every time, and you stand a far better chance of being called first. Not to mention living a happier, richer life both on- and off-camera.

Colleen Wainwright is a writer–speaker-layabout who started calling herself “the communicatrix” when she hit three hyphens. She spent a decade writing commercials and another decade acting in them for cash money. Now she uses her powers for good instead of evil by helping creatives learn how to strut their stuff in a way that makes the world fall madly in love with them.
Follow @communicatrix