Act Smart: Between the Lines 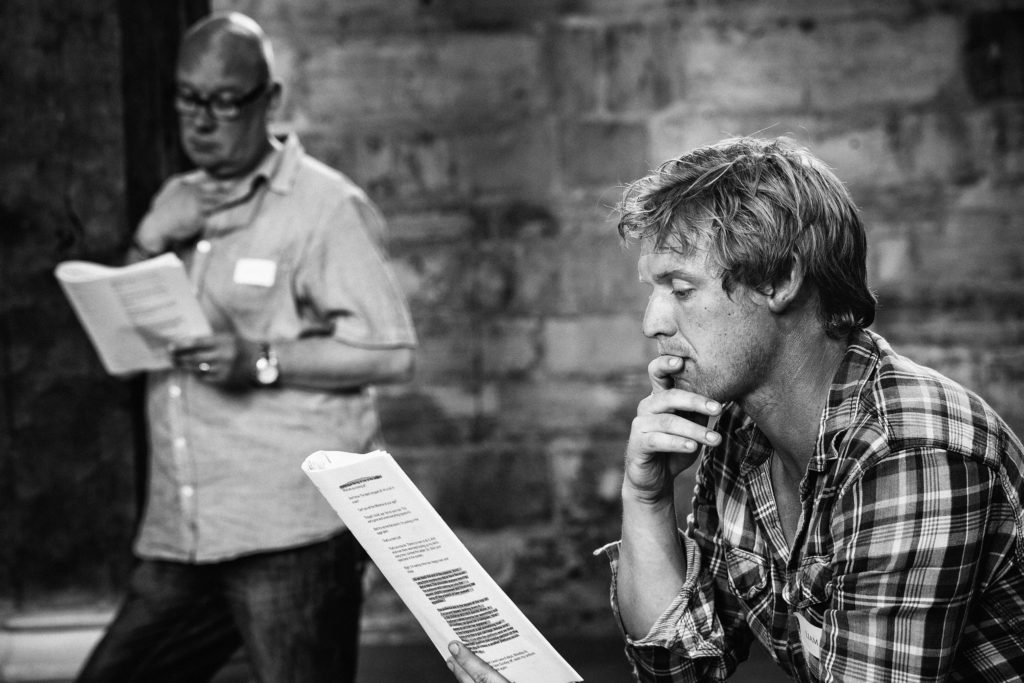 Every smart actor knows that one of the best tools for a great audition is having a lot of familiarity with the material—either knowing it cold, or having some familiarity and a technique that lets you kill it cold. But there are many other components that go into a smart actor’s preparation, both for the audition and the job. Here are a few key tools to keep sharp and handy.

Know who’s in the room

I’m guilty of grab-and-go auditioning myself, and it rarely goes well. It’s so easy to do a little due diligence ahead of time and dig up some useful background on your auditioners, the producers, the writers, and so forth. You will NOT necessarily use this in a chummy-slash-brown-nose-y way; most likely, it will just be intel that helps you make better choices in the room. Even if it just gets a little ground under your feet, that’s a help. Because that gives you confidence, and confidence helps provide ballast against the horrid anxiety that can arise in a room where there’s a line of people who seem to be the gatekeepers of your dreams. (They aren’t, but in the heat of the moment, they can seem to be.)

This is a basic I’ve covered here more than once, but as someone who continues to struggle with the fixed givens of time and space, I find it bears repeating: find out exactly where you’re going, exactly what to do and whom to see when you get there, and allow ample time for traffic (or transit delays), parking (holy mackerel, parking!), and other incidentals. Have quarters, have your map routed (real-time mapping that Waze provides is a godsend to drivers), have contingency plans. You can’t prepare for everything, but you can knock off all the things you know you need to be prepared for, which will allow you sanity and room to better handle the unpredictable stuff.

Know your monologues—even if you don’t need them

If you’re auditioning for theater, especially certain kinds of auditioning (for a season, for a company, and so on), you already know how important it is to have a few killer monologues under your belt. But would you think you needed 20? That’s what legendary monologue coach, director and author Karen Kohlhaas suggests in her terrific book, How to Choose a Monologue for Any Audition (and Other Thoughts for Actors).

It’s not that you’re likely to need 20 monologues in a single audition—ever. In the L.A. TV & film market, you may not “need” one, ever. But to paraphrase Karen, imagine the confidence you’d feel, having 20 monologues that are exactly, perfectly you at the ready when you walk into a room. You’d feel prepared beyond measure. That’s confidence, and confidence is power, and power is magnetic.

And as I mentioned above, while this won’t apply to the bulk of TV, film, and web auditions, I think it’s still a good idea to have a slew of monologues you can own, as much because the process that goes into making that happen demands of you the kind of extensive research, reading, breaking down material, and rehearsal that will keep you acting, even when you’re not acting for dollars.

Know who’s on the set

Just because you’ve booked the job doesn’t mean the homework is over. A television actress I help with sides from time to time recently gave me a peek under the tent at some of the grunt work that goes into the booking of every job. As she says, when she’s being dropped into an ongoing set, it’s up to her to hit the ground running. And having information—about the people on set, behind the show, their resumes, etc.—helps tremendously. (And trust me, this is an actress you’ve known and loved on big shows.)

So before you show up for your first day, make sure you know as much as you can about what you’re walking into: who works on the show, what they’ve done before, who they worked with. Every little bit helps. And if nothing else, you’ll add to your growing repository of useful information about people in the industry you want to know better.

Colleen Wainwright is a writer–speaker-layabout who started calling herself “the communicatrix” when she hit three hyphens. She spent a decade writing commercials and another decade acting in them for cash money. Now she uses her powers for good instead of evil by helping creatives learn how to strut their stuff in a way that makes the world fall madly in love with them.
Follow @communicatrix //