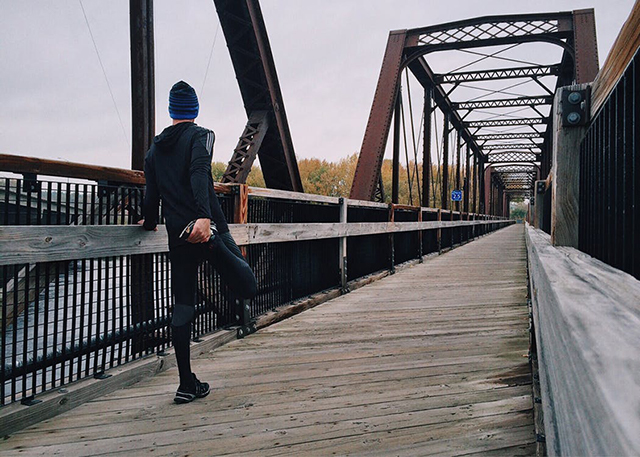 You’ve likely heard the expression “fake it ’til you make it” or its even pithier twin, “act ‘as if’“. At least, that was my assumption: that these two motivational blurbs meant the same thing: i.e., that until such a time as you’d actually made it to the top of whatever hill you were climbing, pretend you were already there.

I also thought that these two similar sayings were equally wise, universally applicable truths, and would work on whatever stage I applied them, actual or world. After all, I’d been hearing “fake it ’til you make it” my entire life, and wasn’t aspiring to greatness (and living beyond one’s means until one got there) the American way?

Plus there were all those acting teachers who went on and on about acting “as if”! It all  made perfect sense to someone who (a) was a big faker from way back and (b) thought she knew a lot more about acting than she really did.

Imagine my surprise when I finally grokked what all of my sweet, patient teachers were really saying: take the actions as if you were so-and-so. As if you a person who’d killed her husband (Lady Macbeth) or who needed a few more pints of blood to get herself through the long, cold night (Lady Gaga in AHS: Hotel). As if you were someone in trouble, someone in love, someone with an axe to grind, and so forth.

It was (way) too late for me to apply my new understanding to an acting career, but boy, has it helped me in my real, actual life. For example, I’ve always longed to be a morning person—to use those precious, quiet hours of the day to work before the world kicked into high gear. For years, on and off, I tried faking it, pretending “as if” I was an early riser. I’d think and plot and think some more, but—well, you get the idea. Thinking myself into action was about as successful as watching an actor thing herself into character. Worst movie ever, amirite?

Finally, with my new understanding, I began using my thinker for its intended purpose: figuring out the actions an early riser might take. Like—hold onto your hat—getting to bed at a reasonable hour! Like stopping my caffeine intake at noon! Like winding down before bed, with perhaps a cup of peppermint tea rather than two fingers of bourbon and a violent thriller!

I was not an early riser while researching these actions, or even when I pondered how I might implement them. But once I started taking actions, a “magical” transformation occurred: I became a person who woke up early and got things done!

So if you want to be a working actor, start taking the actions that successful working actors took—and take—right now. Look past the glamor (that’s all marketing and spin designed to sell you things) and examine the mundane, day-to-day actions. Pay less attention to how they got an agent or a hit series and more to their work ethic, their constant training, and the things they do that make it possible to be available for the jobs that come their way.

You don’t have to believe it will work to make your life work. Even now, in my heart of hearts (or, let’s be real, my “thinker”), I’m still a gal who prefers staying up until 2am and waking at the crack of noon. But to myself and on the world stage, I’m an early-rising, get-things-done person who is up at 5am and at my desk by 8, with a host of activities in between.

What could you be if you started taking actions today?

BOOK(s) OF THE MONTH: I’ve been switching back and forth between spiritual literature and “fun” reading of late. I’m still in search of that ideal book on meditation—probably because I can’t take the actions of a daily meditator—but I finally caught up with the classic novel Fat City, by Leonard Gardner. A story of two boxers, one possibly on the rise, one deluding himself about his freefall, it’s a novel where place is character (run-down 1960s Sacramento) and the people who populate it are instantly, often painfully recognizable. As the NY Times aptly put it, “The triumph of the book is its action [emphasis mine!] Running, fighting, loving, weeding, harvesting, these men stay in motion in order not to be doomed. So powerfully does Gardner record their actions that we recall their lives, not their defeats.” Bonus-extra: you can read it, then watch the wonderful John Huston film adapted from the book, with a baby-faced Jeff Bridges, a heroic Stacy Keach Jr., and the singularly brilliant Susan Tyrell.

Colleen Wainwright is a writer–speaker-layabout who started calling herself “The Communicatrix” when she hit three hyphens. She spent a decade writing commercials and another decade acting in them for cash money. Now she uses her powers for good instead of evil by helping creatives learn how to pursue their dreams while staying grounded in reality.
Follow @communicatrix //