Voice work for actors is a key component of training, and part of the long term acting career for many. There are so many differences, however, from person to person with how they take on accents. The differences can exist because of where someone is born, how lyrical they are, and even just how and where they grow up later on.

‘My friend went to Australia for a year and came back sounding completely Australian.’

‘My dad has lived in the States for 10 years and still sounds completely English.’

‘My brother in law is Russian and sounds totally British after just 5 years.’

‘A British friend of mine landed a role in an American film after no coaching whatsoever, he could just do it naturally. How come I find accents it so difficult and need so much training?’

So firstly let’s understand a little bit about the why and how of learning an accent:

Learning a new accent can be a long process of training the subconscious to naturally reproduce non-native speech patterns just as a native does. The speech organs in English are actually preparing for oncoming sounds one or two phonemes (speech sounds) beforehand. ‘Co-articulation’ is the phonetic term describing the knock on effect between neighbouring sounds. So the learner has to perceive the sounds coming up two steps ahead in the new accent in order to prepare the speech organs and overlap the sounds correctly, which may be different from that of their native accent.

An example of this might be a British actor in the early learning stages of the General American accent where they will need to learn that the /r/ in ‘tarnish’ /’tɑrnɪʃ/ actually starts to form during the release stage of the plosive consonant /t/ and by the time /ɑ/ is reached, the body of the tongue should have ‘bunched up’ with the characteristic ‘mid-tongue muscularity’ of the General American accent, and the tongue tip is already pulling back in close proximity to but not touching the hard palate. However the natural thing to many British speakers would be not to pronounce the /r/ in ‘tarnish’ at all. Literally sticking an /r/ after the /ɑ/ if the mouth has subconsciously been told to prepare for the British word with no /r/ then the speaker remembers only at the last minute just doesn’t sound right. The tongue would not have sufficient mid-tension as it had prepared for the British version.

In essence, the mind needs to be two steps ahead or it could send the wrong signal to the speech organs to prepare for the oncoming sound sequences. Of course these processes are subconscious, but they need to be practiced consciously in order to get used to them.
So how much coaching should you have and how much practice do you need to do?

Once you’ve found the coach that’s right for you, covered the coaching sessions (the amount needed depends on the person), achieved your goals, produced a great voice or show reel with several excellent deliveries of accents, a year passes by, then what? Can you deliver?

What happens when someone takes a break from their fitness regime such as running or attending the gym regularly? They get unfit.  And sadly, exactly the same goes for accents. A year later after taking “time off” you suddenly you get an audition for the American role you always wanted based on the great performance the show reel made over a year ago, or a voiceover job based on a voice reel you made several years back. If you haven’t regularly practiced since the coaching sessions, maybe you can deliver to the same level. But maybe not. It’s all going to depend on your unique personal make up of acoustic perception and the ability to mirror other, as well as your memory of the accents’ unique pattern. You can have a great coach, practice hard and get great results but unless you keep up regular practice, your skills can go rusty and the accent may slide out of place when you try to produce it on demand after some time has passed.

Routine practice is the key! Try to create a realistic practice routine that ties in with your daily schedule. How much time could you realistically devote to practising your new accent(s)? Even if it’s just 20 minutes every couple of days, there’s so much you can do and it’s worth its weight in gold.  Run though your accents in a methodical way and keep those valuable listening and mirroring skills alive and active. Remember to work on all the components that make up the jigsaw of an accent.

Firstly, it is key to have reliable audio examples of native speakers. Then focus on: 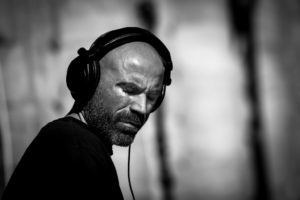 GOOD LUCK! KEEP PRACTICING AND KEEP THOSE ACCENT SKILLS IN SHAPE. YOU MIGHT JUST NEED THEM TOMORROW!

*1. Reference Article:  ‘The Role of Mirror Neurons in Speech and Language Processing, http://www.ncbi.nlm.nih.gov/pmc/articles/PMC2813993/)

Lindsey Lawson trained in Phonetics at the University of Westminster, London and gained the International Phonetics Association Certificate of Proficiency in the Phonetics of English in June 2000. With over twelve years’ experience of teaching accents and elocution/communication skills her clients include both native and non-native English speakers, such as actors who wish to master a particular accent as well as business people and others who wish to improve their speech and communication skills in their working and daily lives. From 1995 to 1999 Lindsey taught at the Cambridge Institute, Copenhagen, Denmark, preparing adults for Cambridge English Examinations and for the past 8 years has taught Business English Communication courses in various London-based companies, such as Bloomberg Television, Walt Disney, Korea Development Bank, UBS Warburg, Credit Suisse, Ernst & Young and Investec. Follow Lindsey at @thevoicecafe