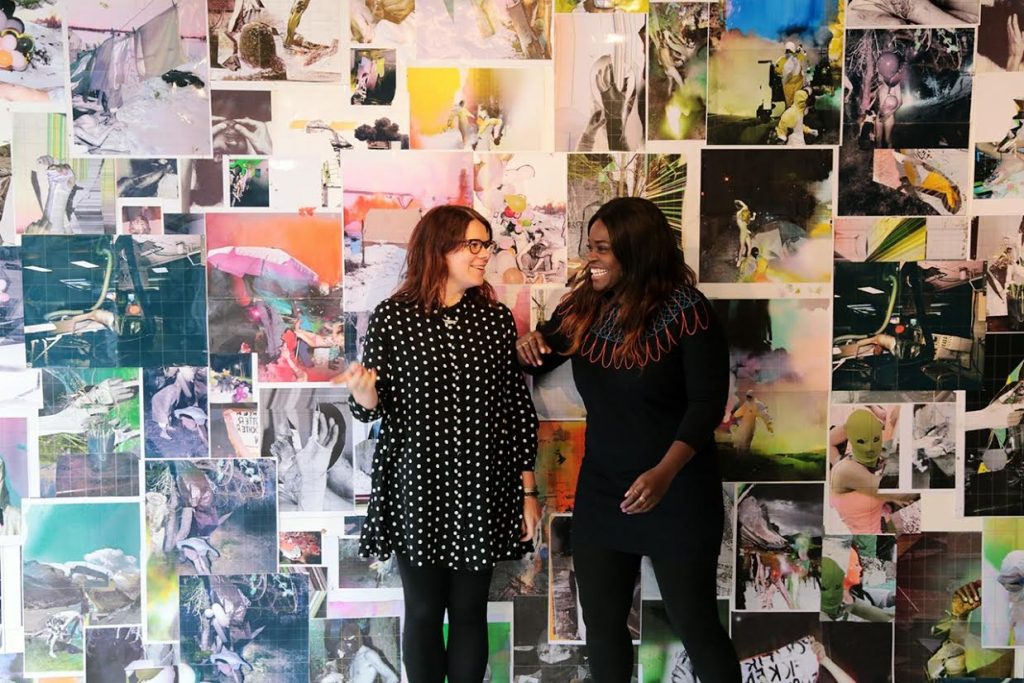 Since it’s International Women’s month (well, we had a day last week!) we were delighted when the female casting duo Aisha Walters and Anna McAuley of McAuley Walters Casting agreed to be interviewed to talk all things castings and “getting seen” as an actor. Both ladies worked for the legendary Shaheen Baig prior, and then went their separate ways. Then in 2016 they set up their new casting director company and the rest is history. Casting Networks got in touch to get the down low on all things UK castings.

Casting Networks: Firstly, Aisha, you came from working with Shaheen Baig for over six years, and Anna you were there for a number of years also. What would you say was the highlight of your time there working as a casting associate/casting director?

Aisha Walters: I’d say it was working with Shaheen. She was very collaborative and taught me so much about casting. Throughout my time there we worked on many wonderful projects, but it was seeing how she worked with the writers, directors and producers, and the different methods she used to find each cast that inspired me to become a casting director.

Anna McAuley: No particular highlight; it was great to get a thorough understanding of the process of casting for screen and the chance to work with some very exciting directors.

CNI: Now that you both own your own casting company, on a day-to-day basis, what does your job entail?

Anna: Reading scripts, research casting, putting up breakdowns, watching and requesting self tapes, setting up and running casting sessions, having meetings about new projects, making lists for roles, and making casting strategies for each individual project. 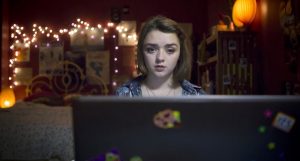 CNI: We saw you cast Cyberbully, starring Maisie Williams. Can you share a little bit about the casting process for that film, and how Maisie became attached to the project?

Aisha: We were actually really lucky on Cyberbully. The writer/director always had Maisie in mind for the role, so I sent the script to her agent, and Maisie read and responded to it, and then met the director for a chat. They got on really well, so she accepted the role.

CNI: In terms of what actors can do to help themselves, what do you think are three key things they should consider when going for a film or television casting?

Aisha: First, this is an opportunity not a test. We have asked you to come in so we think you are suitable for the role. Please believe this. You are not just auditioning for this role, but all future roles for this casting director and director, so show us your best self. Second, if you have any questions ask. A lot of people spend their whole casting confused as they don’t know the frame of the shot, or they didn’t quite understand a piece of direction. Don’t worry about looking stupid; just ask and we’ll let you know. We’re here to help. And third, do what the scene says—that’s all you need to do. You don’t need to show us your range. Sometimes proving you’re a good actor means showing restraint and just playing the scene out even if the scene seems a little ‘safe’

Anna: Remember to be open, listen, and remember the director is also considering what you would be like to work with on set, not just your acting ability/fit for the role.

CNI: What advice would you offer someone thinking about becoming a casting director?

Anna: Think about the kind of projects you would like to work on and write to the casting director of those projects. Keep talking about the films and actors you like to build a confidence in your opinions and taste. Watch as much theatre, film, and TV as you can, and keep up to date on popular culture.

CNI: And over the years since you have both been in castings as casting assistants, associates, and casting directors, what changes have you within the industry? And do you think that casting directors receive enough praise for the good work they do in casting the right people in roles?

Aisha: The biggest change for me is the fact that self-taping now is a standard method of casting. Before it was a last resort option and very hard for someone to be cast from a self tape. It’s really important that actors are good at self-taping, as this may stand in their way of getting a recall or even the role. In terms of praise, I think finding actors and seeing them grow from strength to strength is great. Knowing that you had a small part in their journey is really wonderful and praise enough.

CNI: From an acting perspective, what are the key things that you both look for from actors coming in to audition for a role?

Aisha: This may be the first time I’ve ever met you, so I’d love to actually use the first part of the casting as a general. It’s always great if people can control their nerves so we can use this time to learn a little bit about them before reading the scene.

Anna: Ability to listen, to be versatile and true to themselves, self confidence, and good manners.

CNI: And given that there are hundreds of actors out there hoping to be seen by you both that may never have auditioned for either of you, what do you think is the best way for them to get your attention?

Aisha: Sadly, there isn’t really anything actors can do. Just let us know via email whenever you’re performing or in a TV or film project, and we’ll try and come along or look out for you. There are so many actors, it’s hard to go to everything or even reply to all the emails, but we try our best and that’s all we can do.

Anna: Let us know when you are in the theatre, send us a link to a recent TV/film appearance.

CNI: And do you love hearing from actors by way of emails, tweets, or Facebook messages? How do you think it is best for actors to get in touch with Casting Directors (namely yourselves)?

Anna: Social media—twitter & Instagram are good platforms for us to see actors, but also happy to receive emails that inform us of new work/theatre performances.

CNI: We love to ask casting directors what their one final piece of advise would be for any actor starting out in the industry, or coming back after having had a break for a while?

Aisha: I think I’ve said this a billion times throughout this interview, but just be yourself. We really want to meet YOU, as the only way we can cast you in the correct roles is by understanding who you are as a person, and how you respond to different characters. If you think about your favourite actors, they are all unique and you are excited to see them play certain roles. You too have something special that makes you stand out from the crowd; show it to us and your career will start to flourish.

Anna: Believe in yourself, be realistic and aware of yourself, and try to get involved in as many projects as possible. Don’t write general emails, write to people you want to work with and whose work you admire, and write with a purpose.

Aren’t they fantastic! What a duo. More can be found about Anna McAuley and Aisha Walters at their sparkly new website. 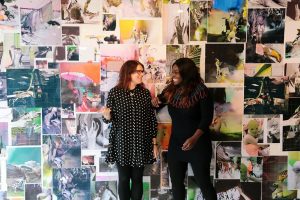