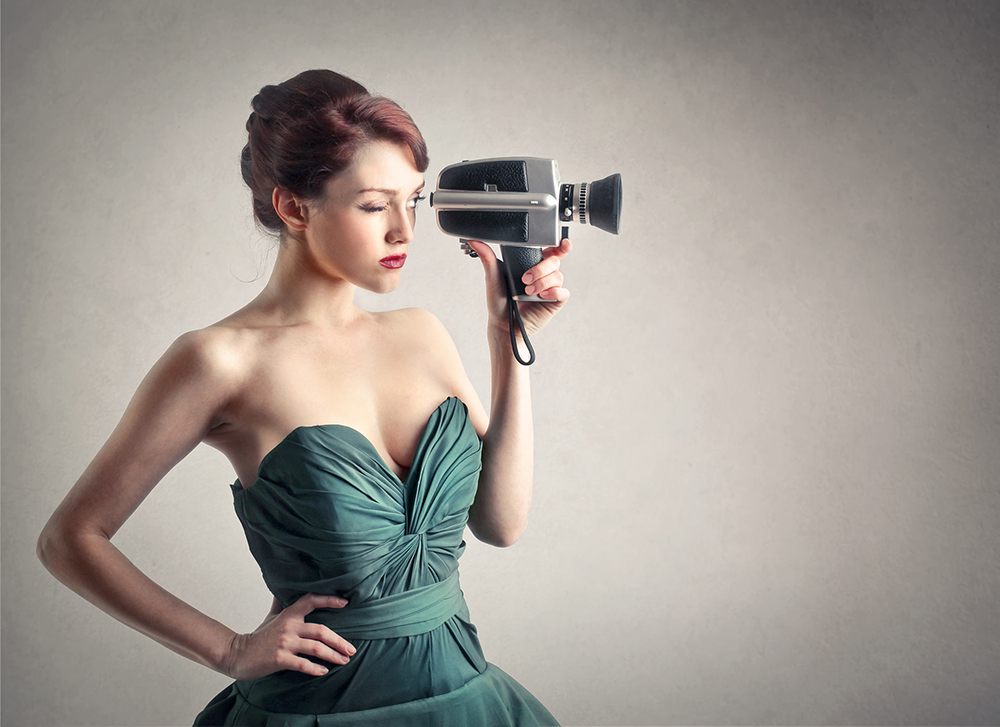 A ‘demo reel’, ‘demo’, or ‘reel’ is a selection of the best clips of footage available to showcase your acting work. Your demo should NOT be longer than two and a half minutes (until you’ve played a substantial role on TV, or in studio produced or award-winning features).

A demo reel is used when a producer, director, manager, agent, or CD is deciding whether to bring an actor in for an audition or meeting. Your demo should show what you look like, what your essence is as an actor, and whether you can act. Scenes should display your ability to portray emotional connection, transitions, comedic timing, and/or just honest talking and listening. The footage should show the most genuine and real moments from your best available scenes.

You must have footage to show prospective employers your screen acting ability and how you appear on camera, even if it’s just one scene. No excuses. We are all “waiting for footage”; films take months to go through post-production before scenes are released. Your available film footage will almost always feel outdated to you but this is not a good reason to avoid putting a reel together.

A demo is NOT for showcasing how many jobs you have done. Never bulk it up with average scenes to make it look like you’ve done more work. If you only have enough footage for a one-minute reel, perfect . . . give them one minute of excellent acting and leave it at that. Don’t shove another minute of bad footage in there just to make the reel longer.

Most CDs openly admit that while rushing to select actors for auditions, they only have time to watch the first ten to fifteen seconds of a reel. Fifteen seconds is easily enough time for a CD to ascertain whether you’re up to scratch for an audition, so make sure your absolute best work (that reflects your type) is the first thing to appear.

Do not add a montage to the start of your reel. EVER. The CDs know you’ve done ten short films and they really don’t want to see clips from them. Even a fifteen second montage may take up all of the time you have to show a CD what you can do. If you feel unbearably compelled to do a montage (please don’t), put it at the end.

A title page stating your name is fine, but display it for a MAXIMUM of three seconds. The CD is perfectly capable of pausing the video if she wants your contact info. If a CD is looking at your reel, she already knows your name because it should be in the filename, on the webpage, and/or in the email she received with the demo link.

Study reels from both novice and working actors before you edit your own. You’ll find that while your four-minute reel may be fascinating to you, most four-minute acting reels make you lose focus . . . fast. That’s probably how other people feel when they watch your four-minute reel. You’ll also find that you can usually tell what talent level an actor is at after around fifteen seconds.

The most significant factors to consider when selecting demo footage are:

Weighing the various factors from the points above, find up to five of your best scenes. Cut each scene to between ten and forty seconds. Put your best scene first, followed by your second best. Scenes should be displayed in order of quality except when a change in the order allows for a variance of performance styles. For example, if your best dramatic scene is first, put your best comedy scene second. It is also important that your first scene reflects the type of character you are most likely to be cast as, so avoid opening with a scene in which you play an obscure character.

For someone starting out, I recommend cutting a full-length demo between one and 2.5 minutes. Then cut a sixty-second speedreel from the best moments of that demo footage. Post your speedreel to the casting websites for CDs to watch, then post both your speedreel AND your full-length demo to your website and other online reference pages like IMDb. You can title them ‘Demo’ and ‘Speedreel’.

…But What if All My Footage Sucks?

If you only have scenes with bad production value opposite average actors, don’t let everything you just learned put you off assembling a reel. If you don’t have the cash to pay someone to film a scene, just use the best of what you have according to the guidelines above, and add to your reel each time you get better footage. All that ultimately matters is that YOU are acting well and your accents are perfect. If your acting isn’t strong in any of your scenes, don’t cut a demo. It’s better to have no reel at all than one that stops you from getting auditions.

An Extract From: The Hollywood Survival Guide For Actors

Kym Jackson (Snitch, NCIS:LA) is an Australian actress and MENSA member who has been living and working in Hollywood since 2004.

She has played lead and supporting roles in over thirty feature films & TV shows. Her book ‘The Hollywood Survival Guide – For Aussie Actors’ is on sale in almost a hundred bookstores and is recommended reading in over forty acting schools Australia-wide, including NIDA and QUT.