It is said belief and imagination manifest reality—supplement this formula with an infectious enthusiasm, plus a rigorous work ethic, and you could very well find yourself building a vision and executing a dream.

Finding one’s feet in any profession is challenging, and the Australian film and television industry is no exception. Success is often measured by the notion of ‘right time, right place’ and the saying ‘it’s not what you know, it’s who you know’ is infamously heard amongst the creative masses, who are often inspired by an itch that feverishly needs to be scratched. 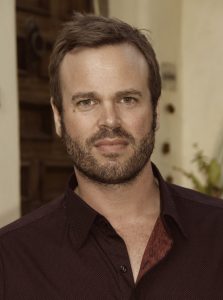 Fueled by heartfelt conviction and enthralling intuition, Brian Cobb, founder and creative producer of Cobbstar Productions, is one of Australia’s liveliest up-and-coming film and television producers. Cobb, originally from Canberra, had a hankering, which led him to Sydney to study Acting at the Australian Academy of Dramatic Art (AADA). After graduation he toured the country in many theatrical shows and starred in a number of short films, as well as a four-year stint as acting teacher at AADA. However, his behind-the-scenes fascination began to surface, and Cobb was accepted into the prestigious Australian Film, Television and Radio School (AFTRS) where he studied Producing and Screen Business. Once completed, a surplus of opportunities materialised for the passionate alumnus, and in 2012 and 2013 his two short films The Last Match and The Advisor were selected as part of the Cannes Film Festival’s ‘Cinemas Des Antipodes’.

Recognising his gusto and talent for all things film, in 2013 Brian was selected by Screen Producers Australia for their ‘Ones to Watch’ program and in December 2014 he was selected for ‘Enterprise People’’—Screen Australia’s early talent identification program.

Created by Boaz Stark, Cobb also produces Australia’s most watched online drama and digital gay web series in the world, The Horizon. With 7 seasons and 50 million views globally, the successful series has received a plethora of awards and nominations amongst various festivals for Acting, Writing, Directing, and Best Series. 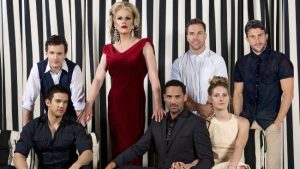 Cast of The Horizon, Australia’s most watched online drama and digital gay web series in the world

In 2015 The Horizon triumphed once again and received funds from Screen Australia to produce a one hour TV special of the acclaimed web series. Directed by Stephan Elliott, known for his work on the renowned Australian film Priscilla Queen of the Desert, The Horizon Special is now available to watch on Hyvio.

With a number of feature films in development, including Varanasi and Indigo Lake (Brian’s first feature film slated for release in early 2017) and a Virtual Reality series entitled Dream Channel scheduled to launch end of January 2017, it was only a matter of time before Cobbstar Productions occupied its own studios, and in October 2016 the City of Sydney accredited the achievements of Cobbstar Productions by awarding Brian with the City of Sydney Cultural Grant. 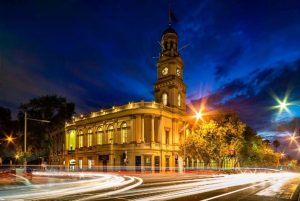 This exclusive opportunity has manifested Brian’s vision, hard-work, and determination in a one year minimum tenancy for Cobbstar Productions at the former Metro Screen building at the Paddington Town Hall in Sydney, Australia, providing not only a residence for the innovative company, but also fully equipped facilities and workshops for aspiring film makers, actors, and writers.

A new year comes with a fresh set of ambitions, and it comes with great delight to commence 2017 by introducing the new Cobbstar Productions | Studios, a team who are undoubtedly creating their own reality and manifesting a dream.

Alixandra: Cobbstar Productions creates innovative content from TV, Film, Digital Content, and Virtual Reality. How did it all begin? 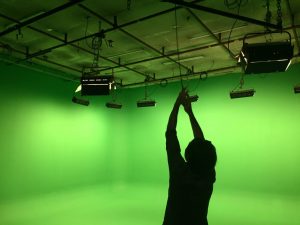 Brian Cobb: Immediately after film school wrapped in 2011, I was approached to produce season 2 of a narrative web series called The Horizon. Season 1 attracted a loyal YouTube audience and everyone was talking about the digital space being the new frontier. Without hesitation, I agreed and took my first serious step into the world of producing.

Looking back, I understand and respect that this series has been integral in developing my approach and style as a producer, whist also being a huge factor in my vision for the Cobbstar brand.

A: The Horizon is the biggest online gay web series in the world. What do you contribute its success to?

BC: Before YouTube, audiences that love gay content had been forever starved. Broadcast TV and films were not satisfying a hunger that was obviously present. YouTube launched and instantly changed the game, as it is accessible to everyone, everywhere, and is 100% free. The model that restricted the connection between creator and audience was now challenged, and this gave birth to a creative freedom never before experienced. Stories that weren’t given the chance to have a voice on TV or film now had a chance to thrive, and, thankfully for us, the voice of our series resonated with many people around the world.

The access we have to our audience (via Facebook, etc.) gives us valuable insight and has swayed certain story choices. We aim to make every season better than the previous and really love what we do.

A: With all Cobbstar’s progressive success within the Australian entertainment world, what has been your most thrilling experience to date?

BC: For me, the core of what I do is thrilling. Collaborating on a project and experiencing its evolution from concept to screen is what I love the most and continues to thrill me. 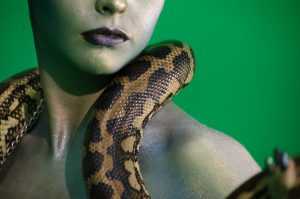 Moments of “heightened thrills,” where tears of joy were shed, include the audience reaction to our screening of The Horizon special, directed by Stephan Elliott. The moment I saw our first Virtual Reality scene on the goggles, as it was a 6 year process, completing principal photography on my first feature film Indigo Lake and securing this fantastic studio via the cultural grant.

A: It’s a tough climate for arts funding in Australia today. However, you managed to secure the City of Sydney Cultural Grant to occupy the former Metro Screen building in Paddington. How did you find this process and what advice can you give to others seeking grants?

BC: Arts funding applications can seem scary and this was one of the more detailed and rigorous ones I have seen. My advice is to work in a team you trust, then divide and conquer the application. This seems obvious, but you must ensure you read the entire document from beginning to end before you start. There maybe something you need to take action on immediately that takes 10 days to deliver, but you only notice it on the second last page, the day before you need to submit.

A: Cobbstar Prodcutions | Studios has some great projects, workshops and even a talent agency lined up. What’s in store for 2017?

BC: MCSM is the talent agency that my good friend Michael Cotton-Stapleton has launched. He was a huge help during the application process, and this space has been the perfect platform for him to enter the industry and make an impact. In just eight weeks he has achieved so much. 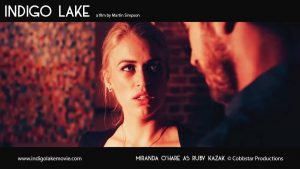 Project-wise, our Virtual Reality series called Dream Channel will launch at the end of January. As we move into the second phase of this unique project, our first feature film Indigo Lake will premier in March, Horizon season 9 will move into production, and we are in development on a short-film digital series with a French based company. The feature film Varanasi, in both China and India, will move into production, and we recently optioned a West End stage play entitled Savage. We will also be producing the play in Sydney, as well as developing the screenplay.

There are also a number of writing and actor workshops happening throughout the year, and finally a digital festival is being planned for Springtime.

Take a look at the making of the Dream Channel and you can check out my live Facebook interview with the team here.

In March 2015 she launched her own company, Suspicious Woman Productions with the opening of John Patrick Shanleys “The Big Funk” in Sydney. Alixandra is also an accomplished Jazz and Cabaret Singer having performed in Sydney, Melbourne and NYC as well as the Australian Content Specialist, Writer and Editor for Casting Networks Australia.