“It is as true today as it ever was, he who seeks beauty will find it.” 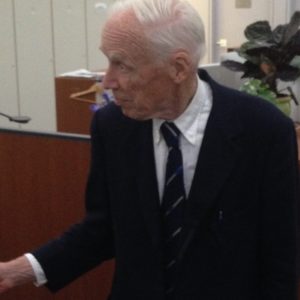 Humanity is an ocean, a seductive blue attractive to the eye, and although its clarity can at times become tainted, if you choose to have the courage to delve deep into tarnished waters you will always uncover hidden treasures.

Artists are eternal seekers of beauty. They use their imaginations to convey the gritty truth of humanity. These people are divine, they discover splendour wherever they go, and they inspire others to find it too.

William J. “Bill” Cunningham was one of Earth’s rare angels.  With an innate joie de vivre, he followed his bliss by combining his passions for photography, New York City, and, of course, fashion. From the tenacity of downtown Manhattan to the uptown socialites, he candidly exposed the magnificent city of New York to the world.

He was never interested in money, having once said, “Money is the cheapest thing. Freedom is the most expensive.” Bill was interested in people and considered fashion to be “the armour to survive everyday life.”

After dropping out of Harvard, Cunningham became a milliner, living and working out of his shop on 52nd Street, between Madison and Park. Aside from making hats, he juggled three jobs, which paid for food and millinery supplies. “William J” hats quickly became popular amongst society women. This meant nothing to Bill; to him everyone was the same.

He continued to make hats till he was drafted in the Korean War. After his return, he began writing for the Chicago Tribune, which is where he met London photographer David Montgomery. David gave him his first ever camera, a little $35 Olympus Pen-D half-frame and said, “Here, use it like a notebook,” which is exactly what he did.

For almost 40 years, the unassuming Bill Cunningham, with his signature blue raincoat and bicycle, captured Manhattanites on the New York City streets for the New York Times.

Editta Sherman, a.k.a. the “Duchess of Carnegie Hall,” was perhaps Bill’s most favourite muse. She was Cunningham’s model for his 1978 photography book Facades. One of the only photography collections published by Bill, the project took eight years to complete and captured the Duchess then in her 60s, dressed in period clothing, all over the city of New York. 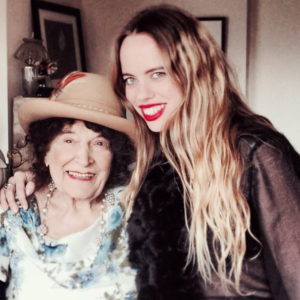 In 2013, in her new home on Central Park South, I joined Editta for lunch. Both photographers had been neighbours at Carnegie Hall for over 40 years, up until their 2010 eviction by the State of New York. Together, the last of the Bohemians lived in an artist paradise, sharing their eccentricities, love for life, beauty, and photographs.

The flamboyant Duchess loved being the subject of the camera lens and, in particular, Bill’s camera. We spent the day admiring old portraits she captured of classic celebrities, among them Henry Fonda, Elvis Presley, Joe DiMaggio (Marilyn Monroe also lived at Carnegie Hall), Leonard Bernstein, Cary Grant, and Andy Warhol (who took photos of Sherman taking photos of him). She used a wooden 8-by-10 Kodak camera, a camera she still had and I was lucky enough to see.

Upon my arrival, Bill, who now lived upstairs, had just visited Sherman for coffee. Their friendship spanned half a century and beyond. She also had a collection of remarkable hats, many of which were made by “William J.”

As I was leaving, I asked the 101 year old Sherman what her secret was; her response, “Honey, just enjoy your life.” Seven months later, the Duchess of Carnegie Hall passed away, no doubt enjoying her life right to the very end.

John Kurdewan was Bill “The Boss” Cunningham’s long time assistant at the New York Times. Eighteen months ago, John was kind enough to invite me to the Times to meet The Boss when I was next in New York. Sadly, it was not meant to be; on Saturday 25 June 2016, the last of the Bohemians, 87 year old Bill Cunningham died after suffering a stroke. 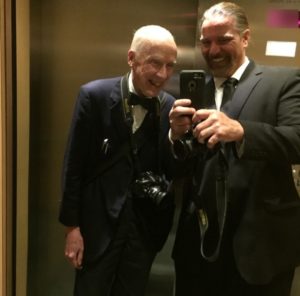 Like his friend, Editta, who died three years before, Bill was a true seeker of beauty. He painted his world with joy, and everywhere he went became heaven.

Anna Wintour notoriously said, “We all get dressed for Bill.”

Now, we are all left wondering, Whom do we dress for now?

Alixandra: Every week On the Street With Bill Cunningham illustrates the character of New York City to the world. What made The Boss’s work so unique, and what was your favourite segment to work on?

John Kurdewan: The people that The Boss liked to photograph were regular New Yorkers. From the street people, to those rushing to work, whose style of dress caught his eye. It could’ve been from the shoes they were wearing, to the wind catching and blowing their dress, or it could’ve been a combination of everything that he was hoping to find that day. The Boss ultimately let the streets speak to him. He was totally in the moment. He captured the dynamics of New York City in all its glory. He never missed a beat and he loved every minute of it. 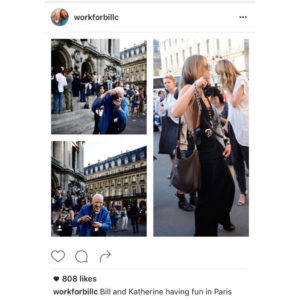 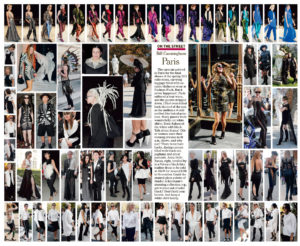 My favorite segment to work on was when The Boss arrived back from Paris Fashion Week. One particular time, he had photographed this beautiful woman at the Stella McCartney fashion show. Out of 7,000 photos he took, I picked her straight away. The Boss didn’t say a word. He just waited to see if I would notice her, and out of all the photos she stood out to the both of us. That’s how in sync we were. It was a great moment. The woman’s name was Katherine. Her mother saw her when the page was published and got in touch with us to thank us. The minute the mother started saying she had a “beautiful dress on and was wearing sunglasses,” I knew straight away who she was talking about. So, with the permission of The Boss, I sent her the photos. This marked the beginning of a beautiful friendship.

AK: Bill was a free spirit, an avant-gardist! What did you love the most about him?

JK: The Boss loved people, and whilst he valued his privacy, once you were let into his inner circle there was no going back. He treated you like family, with so much love. He was so young at heart. I have never met anyone like him. His purity and spirit were immense. Once you were in his inner circle you had his 100% trust, and you really were welcomed into the world of “William J,” and that’s what I loved about him the most. He let you in and showed you who he was. No masks. He was the real deal.

AK: You are one of fashions best right hand men and Bill was a rare gem with a distinct beauty, what is the greatest thing you learnt from the Boss?

JK: Where does one start?! PLEATS! My God, PLEATS! I know more about pleats then any man should ever know. I know how a dress should drape a woman. Silk, silk lace, he was big on long gloves which women just don’t wear anymore. When someone did actually wear a pair, he dedicated a whole page to it. The way the stitching is worked on coats and all clothing. The way he could see something was a copy that someone was trying to pull off as their own, and the way he would look at the quality of the work on everything, absolutely EVERYTHING. The Boss never looked at the person. It was always about the clothes. 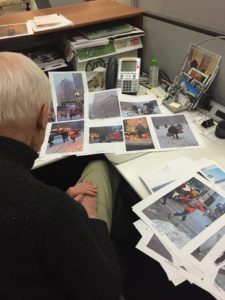 The Boss at Work

AK: Why did you nickname Bill “The Boss?”

We would get a call from the copy people wanting to do the page real quick. Well, he would not have any of that and would say, “I’m the boss, they don’t tell me when to go down there!”

AK: What will you miss the most about Bill “The Boss” Cunningham?

JK: Creating the page every week. Taking a blank canvas and painting it with photos, like Picasso would with his brush strokes. It was a work of art watching the Boss work. I have to say how remarkable and heart felt the response from the public has been since The Boss passed away. So many emotions have washed over me. I will miss him forever.

AK: May we all always get dressed for Bill.

R.I.P. Bill. Thank you for proving that those who seek beauty can truly find it.

In March 2015 she launched her own company, Suspicious Woman Productions (SWP) with the opening of John Patrick Shanleys “The Big Funk” in Sydney. Alixandra is also an accomplished Jazz and Cabaret Singer performing in Sydney, Melbourne and NYC. In August 2016 SWP are excited to be co-producing Lies, Lies and Propaganda’s next production in Sydney. Stay tuned…