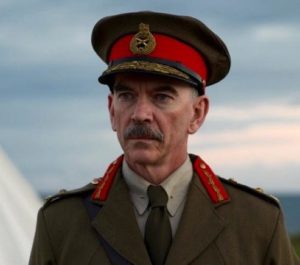 Pristine oceans, lush rainforests, majestic bushland, and enchanting deserts – this is the vast Australian landscape. In the words of the band Icehouse, the “Great Southern Land,” in all its mystical remoteness, has spawned the imaginations of some of the world’s finest storytellers.

There is no denying Australian actors are highly respected in the industry. With their strong work ethic and innate authenticity, they hone the craft with admirable conviction, endlessly raising the bar for their peers. Some join the glitterati of Hollywood whilst others blossom domestically – each journey equally enchanting, and the work beautifully understated.

Nicholas Hope is the quintessence of this, with his distinct features and glorious versatility, Hope first came to our attention in 1993 as “Bubby” in Rolf De Heer’s acclaimed feature film Bad Boy Bubby. The film was Hope’s first feature and earned him the Best Actor award at the Australian Film Industry Awards (now the AACTA Awards). Thirty years later, his career now spans Film, TV and Theatre with a surplus of distinguished credits including, The Daughter, Truth, Rake, Rogue Nation, and Gallipoli, along with performances at some of Sydney’s most prominent venues, namely The Opera House and Sydney Theatre Company. Nicholas is also an accomplished director, teacher, and writer, having written many profound works, including his 2004 memoir entitled Brushing the Tip of Fame.

From “wild child” of the screen to celebrated author, the exquisitely sincere Nicholas Hope is undoubtedly a true artist, a masterpiece who channels his talents in a multitude of ways solidifying his place amongst the influential creative Australian landscape. 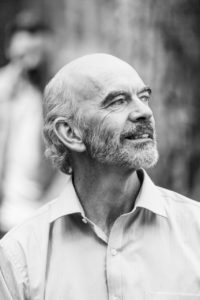 Alixandra: Bad Boy Bubby was an enormous success. How did you land the role?

Nicholas Hope: Before I was acting I used to play in local Adelaide bands – I was a fairly average punk bass player. In fact, it’s my bass guitar that’s used in the band scenes in Bad Boy Bubby, and sadly it’s since been stolen. Tim Nicholls, the drummer from one of the bands, went on to become a filmmaker, and he approached me to play the lead in his short film Confessor Caressor. The film was ahead of its time in a way, as it dealt with the subject of achieving celebrity at all costs and was made a few years before Natural Born Killers. At any rate. it required me to take on a quite extreme character and perform some bizarre sequences.

Tim asked his friend James Curry to do the sound mix for the film and James invited his friend Rolf De Heer to watch it. Rolf told James that the actor he’d been writing his new film Bubby for had just pulled out and wondered if I might be capable of doing the role. James apparently answered that if I was comfortable dancing round in my undies in front of a camera, I’d probably be okay.

Tim heard about this conversation and, though asked not to, immediately phoned me and told me to contact Rolf, so I did and he agreed to meet me. He gave me the first 15 or so pages to read in front of him and I thought – this is amazing. I remember I was sweating and trying not to show it. The part of Bubby was an actor’s dream and I couldn’t believe I was being considered for it. I told him it reminded me of my own experience of being brought up Catholic; the character lived in a constructed world that bore little resemblance to outside reality. Rolf offered me the role and told me the financing, if it came, wouldn’t come for two or more years, so I went backpacking overseas. Then Domenico Procacci came on board as co-producer, the film got fully financed, and I had to return from Uganda to begin filming.

AK: You made very strong character choices as “Bubby.” What is your favourite memory of playing this character?

NH: It was my first feature film and I was either in the shot, or the shot was my point of view. So I was there from beginning to end every day of the shoot. By the end of the first week, all I had to do was turn up and get into costume in order to be in character. Rolf, the director, sound recordist, James Curry, and the DOP would come in whilst I was being made up and having the sound wig attached, and talk me through the day’s scenes to check on what I thought might be problematic. Paul Ammitzboll, the production manager, would make sure I was comfortable. The whole cast and crew were there to support me. I think that’s what I enjoyed most – the daily reality of being the lead made it almost effortless to create and maintain a performance. It’s much easier to be a main character than a support one, and that ease allows you to make strong choices; everyone’s backing you. 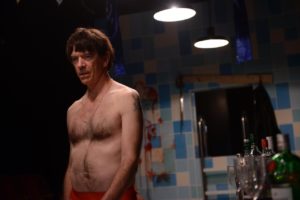 AK: Actor, director, writer, and teacher – what process do you love the most and why?

NH: That’s a difficult question because they are all such different roles. So I’ll play it safe and say that directing is the process I love the most, because you’re in control and you can see the whole project coming together from the beginning. It’s delicious, especially since you are effectively the coordinator of a number of extremely talented people, and you’re directing them toward an end vision that comes from your initial choices but in the best instance is a compendium, if you will, of everyone’s input.

Acting, however, is the role I love the most, and that’s because of the limited responsibility. You are asked to play a part, and quite a few people are there to ensure that you don’t muck it up. If you understand what it is you’re doing and why, then generally you’ll get through. Occasionally you’ll get through astoundingly well, when your understanding is correct, yet from an unexpected standpoint. It’s an indulgent exercise when you’re actually doing it, because it has to be – and that’s very enjoyable. 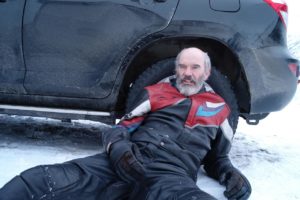 AK: How do you prepare for a role?

NH: That depends on the part. If there’s a historical precedent I’ll research the time and place and, if appropriate, the person. Otherwise I’ll grab as much information as I can from the script. I’ll try to work out what the function of the character is, what he wants and how he’s going to get it – the basic process of any actor. Then I’ll work on the physical presentation – accent or walk or affectations, things that make me feel different from me, but that are good for the character. I’ll try to create a map of what happens to him through the project, so I can pitch scenes correctly. And I’ll try to ensure none of this gets in the way of playing with the other actors and with the director and, where necessary, the camera once we are working, because everything can change once you’re on set or stage.

AK: What inspired you to write your memoir in 2004?

NH: The ten years that followed the release of Bad Boy Bubby were characterised by a tantalising yet always just-out-of-reach promise of fame and fortune that took me through a confrontation of why I wanted to act in the first place. I wrote a few articles for an Internet magazine analysing some of the incidents I experienced, along with the juvenile anguish they unleashed. Friends suggested that there was enough comic material in there to create a longer form discussion of the nature of the desire for fame-cum-celebrity, using my own experience as the base. Writing it was an equally rewarding and chastening experience. I think it allowed me to enjoy the whole process of acting anew, and to view it from the desire to act rather than the desire to be recognised.

That, of course, could always be seen as a self-justifying type of comment, which it may well be.

In March 2015 she launched her own company, Suspicious Woman Productions with the opening of John Patrick Shanleys “The Big Funk” in Sydney. Alixandra is also an accomplished Jazz and Cabaret Singer having performed in Sydney, Melbourne and NYC as well as the Australian Content Specialist, Writer and Editor for Casting Networks Australia.